President Joe Biden claimed Sunday “we” were expanding the perimeter around Kabul's airport — but the White House clarified Monday the United States wasn't actually announcing a shift, but rather, the Taliban were setting up more entry points to combat an Islamic State offshoot.

Biden said Sunday: “We’re under no illusions about the threat. … Every day, we have troops on the ground. These troops and innocent civilians at the airport face the risk of an attack from ISIS-K from a distance — even though we’re moving back the perimeter significantly.”

A White House official told the Washington Examiner on Monday that Biden was discussing what the U.S. was observing happening in Kabul and stated that the Taliban have set up more entry points outside the outer perimeter near Kabul airport, contending this was being done to stop attacks from ISIS-K, the ISIS affiliate. The White House said it was using political and security channels to talk with the Taliban and to urge them to prevent any terrorist attacks.

The White House said it was not moving additional troops to secure the outer perimeter and that it was not making an announcement about the perimeter shifting, contending that Biden was talking about the U.S.’s constant adjustments to deal with the dynamic security challenges and the multitude of logistical issues. The White House said it would not go into further specifics.

The U.S. Embassy had to be abandoned a week ago, and Hamid Karzai International Airport erupted into chaos as crowds of Afghans attempted to flee when the Taliban marched into Kabul last Sunday following an ill-planned U.S. military withdrawal.

Thousands of U.S. troops had to be sent back into the country to assist with the evacuation and to protect the airport, with the Taliban just outside the perimeter and with thousands of Americans and Afghan allies stuck outside. There have been numerous reports of the Taliban preventing U.S. citizens and Afghan allies from reaching the airport, including by threatening and beating them.

Maj. Gen. Hank Taylor said Monday that “we are in communication with the Taliban for the establishment and sustainment of several checkpoints to increase throughput and facilitate safe passage to individuals working to gain access to the airport.” Taylor added that there were 5,800 troops at the airport who “are empowered to make the appropriate force protection decisions.”

“Without getting into tactical details here … we are very interested in making sure that access to the airport remains as fluid as possible, particularly for American citizens trying to get in as well as our Special Immigrant Visa immigrants,” Kirby said. “What the president was referring to was efforts to improve that access from a geographical space out beyond just the perimeter of the airfield. And I won’t speak to the details of how we’re managing that. But you can imagine, thus far and going forward, it does require constant coordination and deconfliction with the Taliban.”

Biden was asked about extending the perimeter on Sunday, replying, “We have made a number of changes, including extending the access around the airport and in the safe zone. And we’ve done a number of things — again, I don’t want to get into detail about. But the fact is that more and more of the groups we urgently want to get out of Afghanistan, starting with American citizens and the folks who worked in the embassies and personnel with our allies, as well as the Afghans who helped them and worked in those embassies, as well as those who helped them on the battlefield as well — we are working diligently to make sure we’ve increased the ability to get them out.”

A diplomatic cable from the State Department reportedly warned that Afghan staffers at the U.S. Embassy in Afghanistan are losing faith in their chances of getting evacuated from the country.

The White House told the Washington Examiner that it understood the Afghan staff at the Kabul embassy had problems making it into the Kabul airport, that it recognized the sacrifices made by the Afghans who had worked alongside the U.S., and that it was working hard to help all Afghans eligible for evacuation flights.

Taliban, al Qaeda, and ISIS-K fighters are believed to have been among the thousands of prisoners freed from the Parwan Detention Facility when the Taliban entered Kabul last weekend. The prison is right next to Bagram Airfield, which the U.S. quietly abandoned in July.

ISIS-K in Afghanistan often attempts to recruit Taliban defectors and has clashed with the Taliban in the past.

When Biden said Friday that al Qaeda was “gone” from Afghanistan, he was quickly contradicted by Kirby, who said, “We know that al Qaeda is a presence, as well as ISIS, in Afghanistan, and we’ve talked about that for quite some time.”

Suhail Shaheen, a Taliban spokesman, rejected any extension of the U.S.’s military withdrawal by Aug. 31, saying that “it's a red line” and warning of “consequences.” 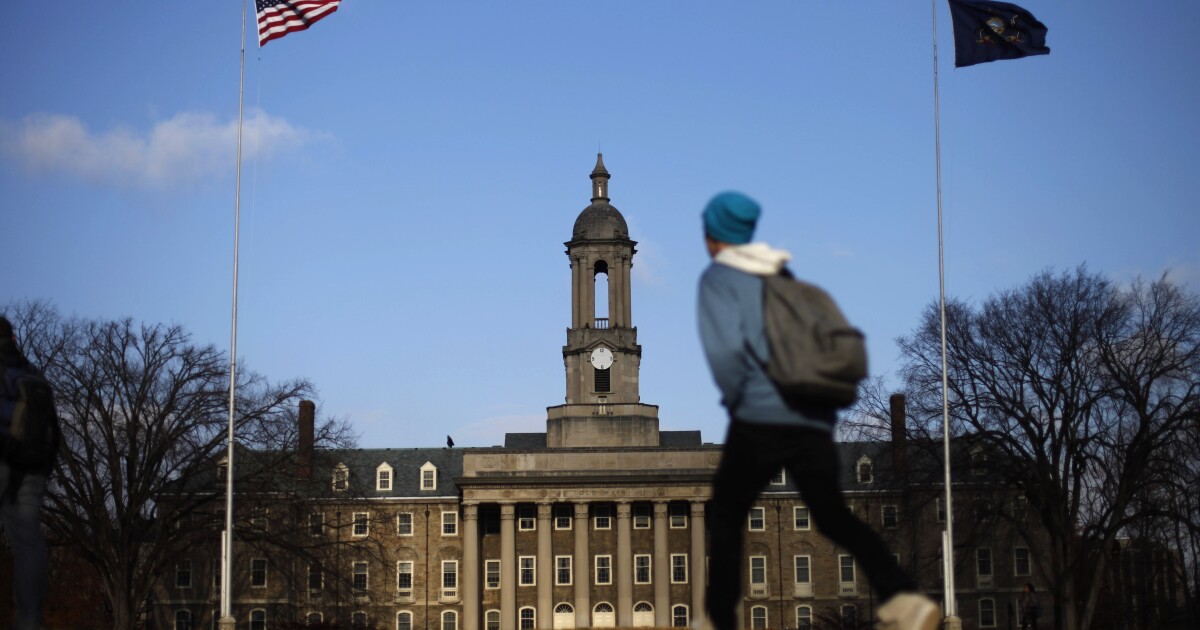 “Are You Holding an Infrastructure Vote Today?”

Mark Zuckerberg Announces He is Rebranding Facebook as “Meta” (VIDEO)