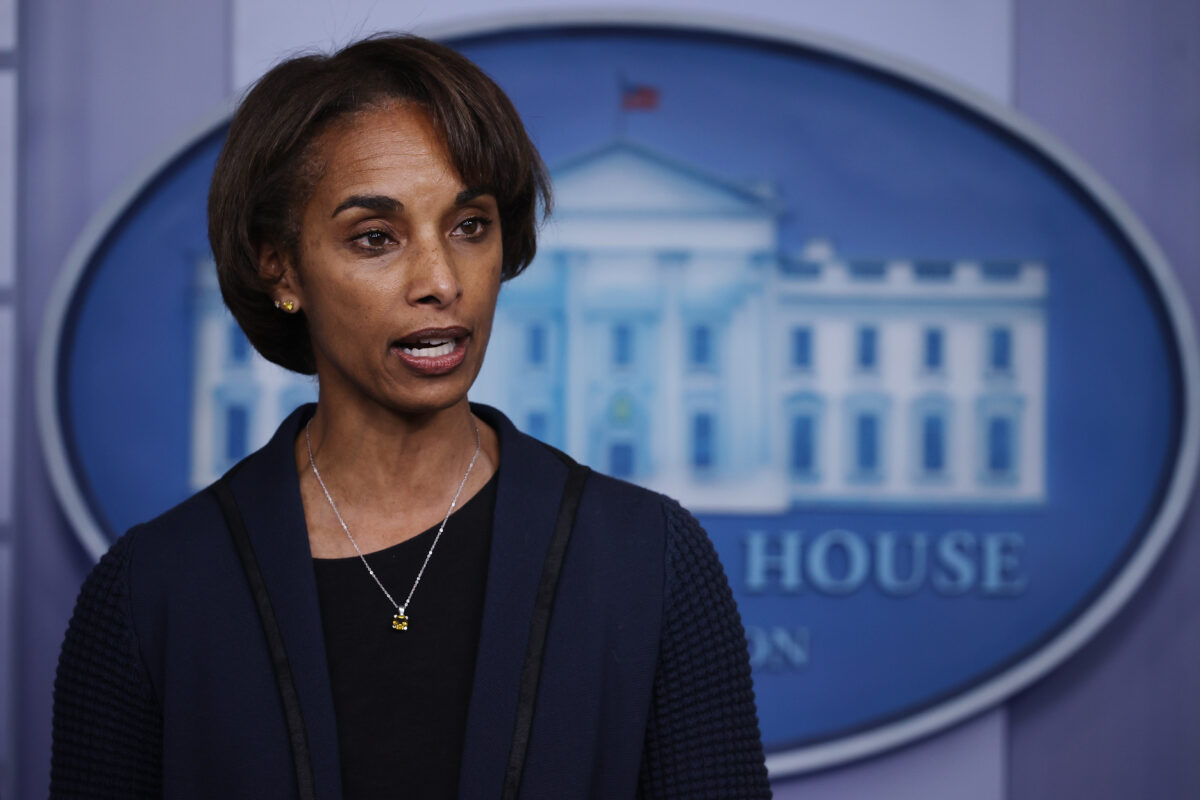 Cecilia Rouse, chair of the Council of Economic Advisers, said the Biden administration continues to urge its trading partners to adopt a global minimum tax on corporations to offset the impact of President Joe Biden’s proposed domestic corporate tax increase.

The Biden administration’s appeal for international cooperation on the global corporate minimum tax rate is a bid to at least partially counteract any disadvantages that might arise from the president’s proposal to raise the U.S. corporate tax rate to 28 percent, a move panned by Republicans and business groups as hurting the competitiveness of American companies and slowing wage growth.

“The Biden plan tax hike calls for raising the corporate rate to 28 percent from 21 percent, proposes a new global minimum tax on American businesses, and creates a 15 percent tax on ‘book income,'” explained Alexander Hendrie, director of tax policy at Americans for Tax Reform, in a recent op-ed. “These tax hikes would be devastating to American businesses and would see U.S. businesses pay a 32 percent rate after state taxes, one of the highest rates in the developed world.”

Responding to a question about whether shifting the United States into one of the highest corporate tax regimes in the world would hurt American businesses, Rouse replied, “We do not want to be hampering corporations, but we do want to make sure that they’re paying their fair share.”

“Internationally, we don’t want to be disadvantaged, so he’s also working with other countries so that we have a minimum tax internationally so there’s not a race to the bottom,” Rouse added.

Biden said in April that adoption of a global minimum corporate tax rate would reduce opportunities for tax-rate arbitrage by American corporations that reduce their U.S. tax burden by shifting profits to low-rate tax havens.

“I’ve also proposed a global minimum tax, which is being proposed around the world for U.S. corporations, of 21 percent,” Biden said at a White House press briefing.

“It means that companies aren’t going to be able to hide their income in places like the Cayman Islands and Bermuda, in tax havens,” the president added.

Success of the initiative would rely on negotiating a 21 percent global minimum corporate tax rate with major economies. While negotiations on an international deal on minimum corporate tax rates have run on for years, the drive gathered steam in early April after G-20 finance chiefs met virtually and pledged to reach a consensus on new rules by mid-year as part of a broader overhaul of the way international businesses are taxed.

Last week, the finance ministers of France and Germany said in a joint interview in Zeit Online that they support the Biden administration’s idea of a global minimum corporate tax rate of 21 percent.

“I, personally, have nothing against the U.S. proposal,” Germany’s Olaf Scholz was quoted on the weekly newspaper’s website as saying. “If that is the result of negotiations, we would also be agreed,” France’s Bruno Le Maire said, according to Zeit.

“Spoiler alert: This effort will likely fail and even if there is some sort of agreement, it will be non-binding because it is not a treaty,” Toomey said.

He also said Republicans should reverse any corporate tax hike if they regain a congressional majority in upcoming elections.