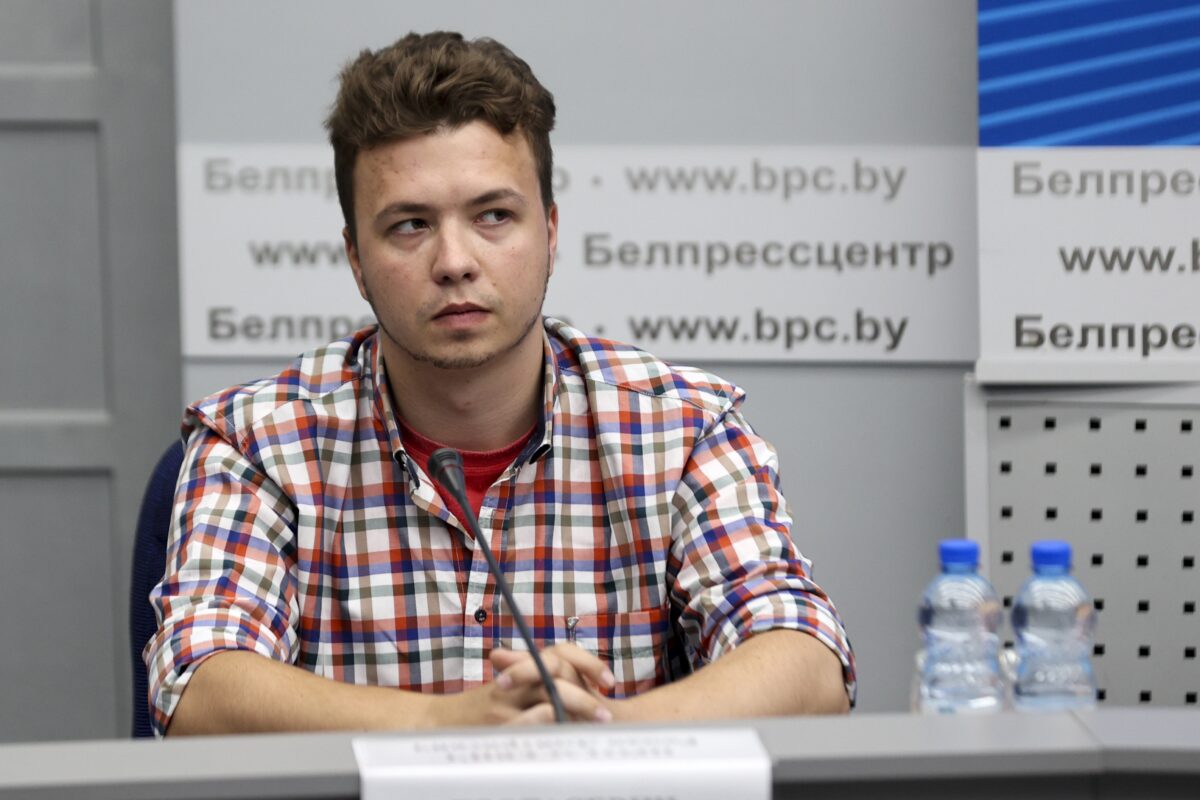 The United States formally banned air travel to Belarus on July 6 in response to the diversion of a flight a subsequent arrest by the regime in Minsk of an opposition journalist.

The Department of Transportation (DOT) issued a final order (pdf) on Tuesday prohibiting U.S. and foreign air carriers from selling tickets to Belarus with exceptions for “any transportation deemed to be in the national interest of the United States, including on humanitarian or national security grounds.”

A copy of the notice was sent to the Embassy of Belarus in Washington. The Epoch Times requested a comment from the embassy.

Secretary of State Antony Blinken asked on June 28 asked Secretary of Transportation Pete Buttigieg to ban air travel to Belarus. The DOT offered two business days for public comment on the ban and did not receive any responses in opposition to the request.

Airlines appeared to be in compliance with the order as of 10:49 p.m. EDT on July 6, except for flights operated by Turkish Airlines, according to Kayak.com.

The Biden administration reimposed sanctions on Belarus on June 3 in response to the arrest of Raman Pratasevich, a 26-year-old activist, journalist, and prominent critic of Belarusian President Alexander Lukashenko.

On May 23, Belarusian flight controllers told the crew of Ryanair flight there was a bomb threat against the plane as it was crossing through Belarus airspace and ordered it to land. A Belarusian MiG-29 fighter jet was scrambled to escort the plane. After the forced landing, Belarus authorities then arrested Pratasevich and his girlfriend.

The Department of Justice and the FBI are investigating the plane diversion, according to the White House.

“We call on Lukashenko to allow a credible international investigation into the events of May 23, immediately release all political prisoners, and enter into a comprehensive and genuine political dialogue with the leaders of the democratic opposition and civil society groups that leads to the conduct of free and fair Presidential elections under OSCE auspices and monitoring,” White House Press Secretary Jen Psaki said in a statement in late May.

Lukashenko has ruled Belarus with an iron grip for decades with policies mirroring his communist roots. A former director of a collective farm and member of the Communist Party of the Soviet Union, Lukashenko has backed state ownership of key industries before ascending to leadership. He was the only member of the Belarusian Parliament to vote against the dissolution of the Soviet Union in 1991.

Sen. Joe Manchin to vote with Republicans in effort to scrap...