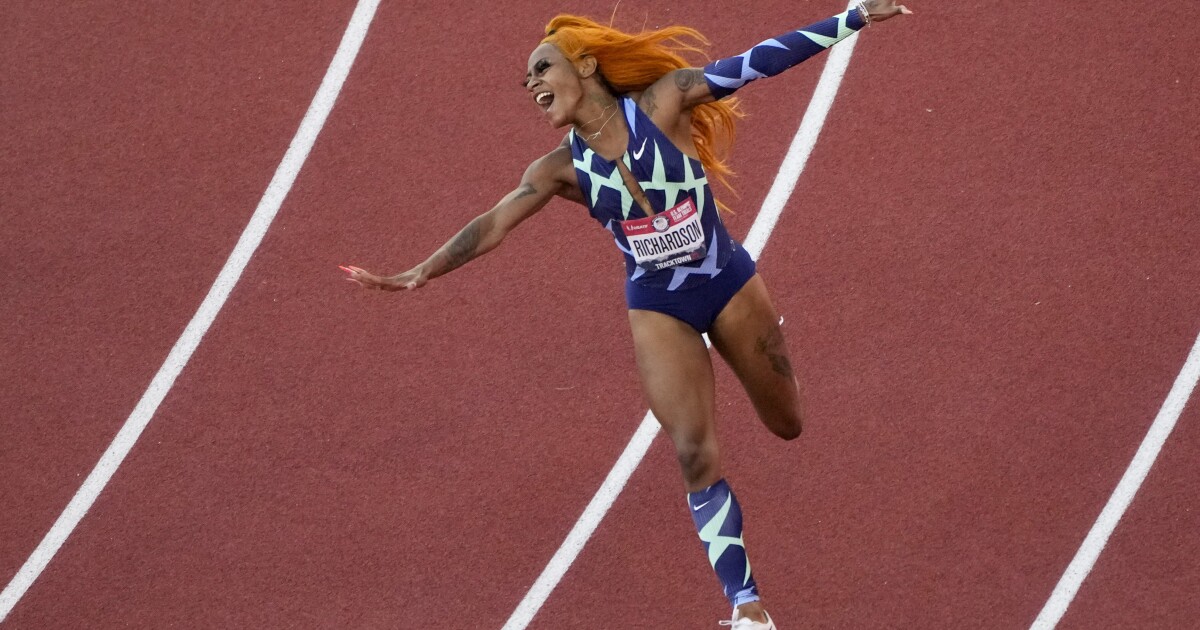 The U.S. Anti-Doping Agency defended its suspension of track and field athlete Sha’Carri Richardson after she tested positive for marijuana in a letter to lawmakers but added that the rules concerning marijuana should change.

In a Friday letter sent to Reps. Jamie Raskin and Alexandria Ocasio-Cortez, who expressed objections to the suspension, the USADA called Richardson’s “exclusion” from the Tokyo Olympics “heartbreaking” but told the lawmakers that the agency does not have direct control over doping rules set by the World Anti-Doping Agency and is “required to enforce the rules as written.”

Raskin and Ocasio-Cortez criticized Richardson’s suspension in a July 2 letter to Travis Tygart, the CEO of the USADA, and Witold Banka, the president of the WADA. Ocasio-Cortez said the decision “lacks any scientific basis” and is “rooted solely in the systemic racism that’s long driven anti-marijuana laws.”

We worked with @RepRaskin and the Subcommittee on Civil Rights & Civil Liberties to formally ask @USAntiDoping to end Sha'Carri Richardson's suspension.

‘THIS IS A DREAM COME TRUE’: SOLDIER QUALIFIES FOR FIRST OLYMPICS AMID RECORD HEAT WAVE

Richardson won the 100-meter race at the Olympic trials last month. Soon after, she tested positive for marijuana and was handed a 30-day suspension. USA Track & Field denied Richardson a spot on the Olympic team, writing that it was “incredibly sympathetic” to Richardson’s situation, however, it would “be detrimental to the integrity of the U.S. Olympic Team Trials for Track & Field if USATF amended its policies following competition, only weeks before the Olympic Games.”

The agency said the one-month suspension handed down to Richardson was the “absolute minimum sanction” the USADA was permitted to hand down under international anti-doping rules. Because of Richardson’s acceptance of the suspension, the WADA, World Athletics, and the IOC would have appealed a reversal of the punishment by the USADA, which may have resulted in a longer suspension for Richardson, the agency said.

The USADA warned that noncompliance could result in severe penalties for other American athletes, including the inability to participate in the Olympics and other international sporting competitions, and the U.S. losing seats on the board and committees of the WADA.

Marijuana was included in the first list of prohibited substances compiled in 2004. In the letter, the USADA said the consensus was that marijuana “can be harmful to athletes' health and safety during a competition” and undermines the “‘Spirit of Sport’ as defined by WADA.”

The USADA appeared to break with WADA medical director Alan Vernec, who wrote in a 2018 academic paper that there is “no evidence for cannabis use as a performance-enhancing drug.” The agency wrote that it is not universally accepted that marijuana has “no performance enhancing benefit” because it can “decrease anxiety, fear, depression and tension thereby allowing athletes to better perform under pressure and alleviating stress.”

The agency said it has repeatedly advocated for the rules surrounding cannabis to be “more flexible and fair” and suggested the adoption of rules similar to those used by the Ultimate Fighting Championship. Under those rules, the USADA contends, Richardson would not be subject to suspension because she did not use marijuana “intentionally” for performance enhancement.