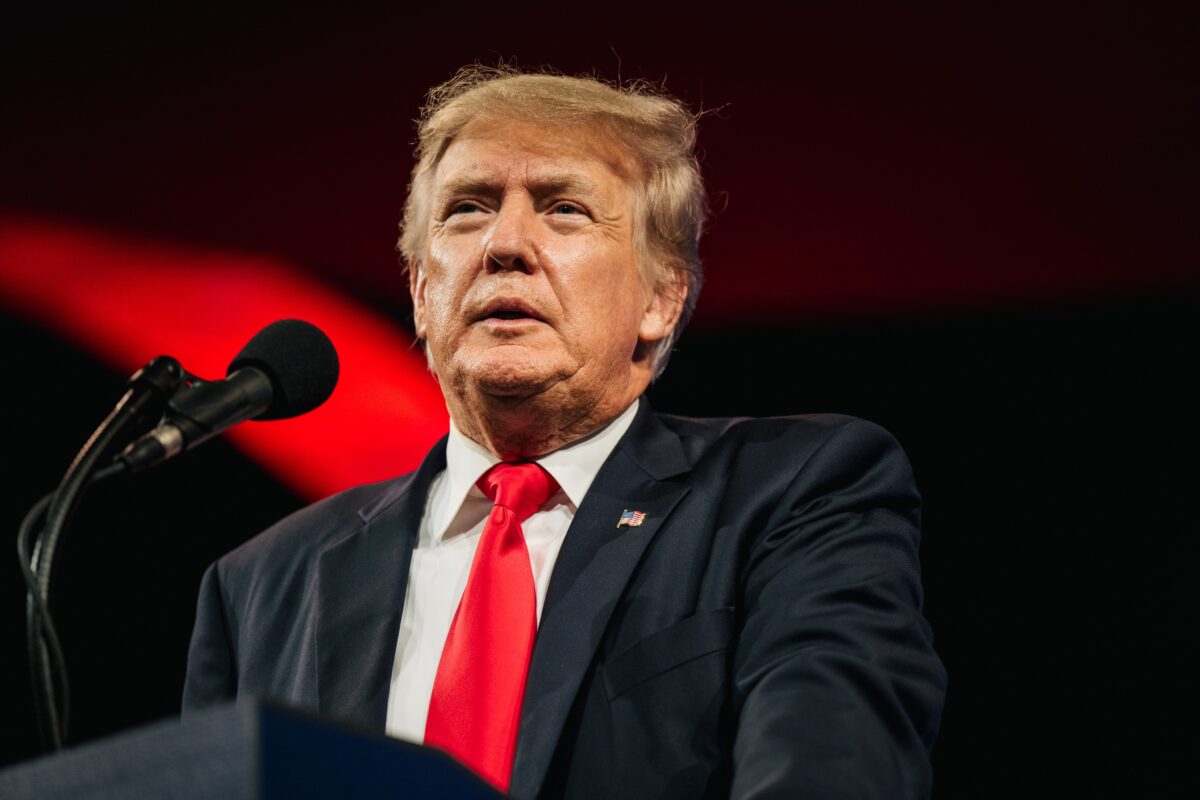 “With the help of everyone here today, we will defeat the radical left, the socialists, Marxists, and the critical race theorists,” Trump told the audience. “We will secure our borders, we will stop left-wing cancel culture, we will restore free speech and free elections and we will make America great again.”

Critical race theory (CRT) is perhaps at the forefront of America’s culture wars as parents across the country have wrangled with teachers, school boards, and teachers unions over whether it should be taught to public school students. CRT is strongly associated with the “antiracist” movement, “cancel culture,” as well as “diversity, equity, and inclusion” workforce training.

According to Legal Insurrection Foundation’s Criticalrace.org and other critics of the ideology, CRT is an offshoot of the earlier critical theory—a European Marxist school of thought that originated in the early part of the 20th century. Several governors have signed measures in recent weeks that bar the teaching of CRT or similar content to students, with the latest being Arizona Gov. Doug Ducey, who approved a bill last week that prohibits local governments from teaching it to employees.

“Never forget that the radical left is not the majority in this country,” Trump said. “We’re the majority and it’s not even close.”

The president asserted that the “battle is so much bigger” than policy proposals or Supreme Court rulings, saying the “radical left” has infiltrated or is controlling “centralized institutions” such as bar associations, universities, schools, Hollywood, Big Tech, and large banks. And some of the pressure campaigns waged by Democrats, he said, are “straight out of the communist countries around the world.

Throughout his speech, Trump contrasted the immigration policies of his administration with those of the current administration, accusing President Joe Biden and Democrats of mishandling border security.

“We deported criminal aliens by the thousands … and we built almost 500 miles of the border wall,” the former commander-in-chief remarked. “Now the Biden administration has turned the border into the single greatest disaster in American history.”

Trump also made reference to his class-action lawsuits against the CEOs of Twitter, Facebook, and Google for engaging in alleged censorship of conservatives. Big Tech companies near-simultaneously suspended Trump’s social media accounts in January and claimed he incited violence with his claims about election fraud, while Trump has categorically denied the allegations.

“The Big Tech election interference in 2020 was an outrageous assault upon our republic and upon the American voter,” he told the crowd, noting how Twitter and Facebook censored articles that reported on Hunter Biden and his business dealings overseas in the leadup to the Nov. 3, 2020, election.

Again on Sunday, Trump panned “Republicans in name only,” or “RINOs,” for capitulating to Democrats. This time, the former president specifically called out Sen. Bill Cassidy (R-La.), saying the senator often touted Trump’s support of him during his reelection campaign but later voted to convict him. Rep. Liz Cheney (R-Wyo.), he also asserted, is now the “most quoted” GOP lawmaker by mainstream media outlets.

Trump, who departed the White House six months ago, remains popular with Republican voters and influential among Republican lawmakers. It’s not clear whether Trump will run for president in 2024 but he’s teased the idea in several recent interviews while saying he wants Republicans to take back Congress during the upcoming midterm elections.

The CPAC speech comes amid a recent flurry of activity that saw him hold a campaign-style rally in Ohio for a former aide and a second rally a week later in Florida.

Trump also appeared alongside Republican Texas Gov. Greg Abbott for a visit along the U.S.-Mexico border at the end of June. And last week, he unveiled the aforementioned class-action lawsuit in Bedminster, New Jersey.

Before that, the 45th president gave a speech at an Orlando CPAC event in February with a similar theme as Sunday’s address.