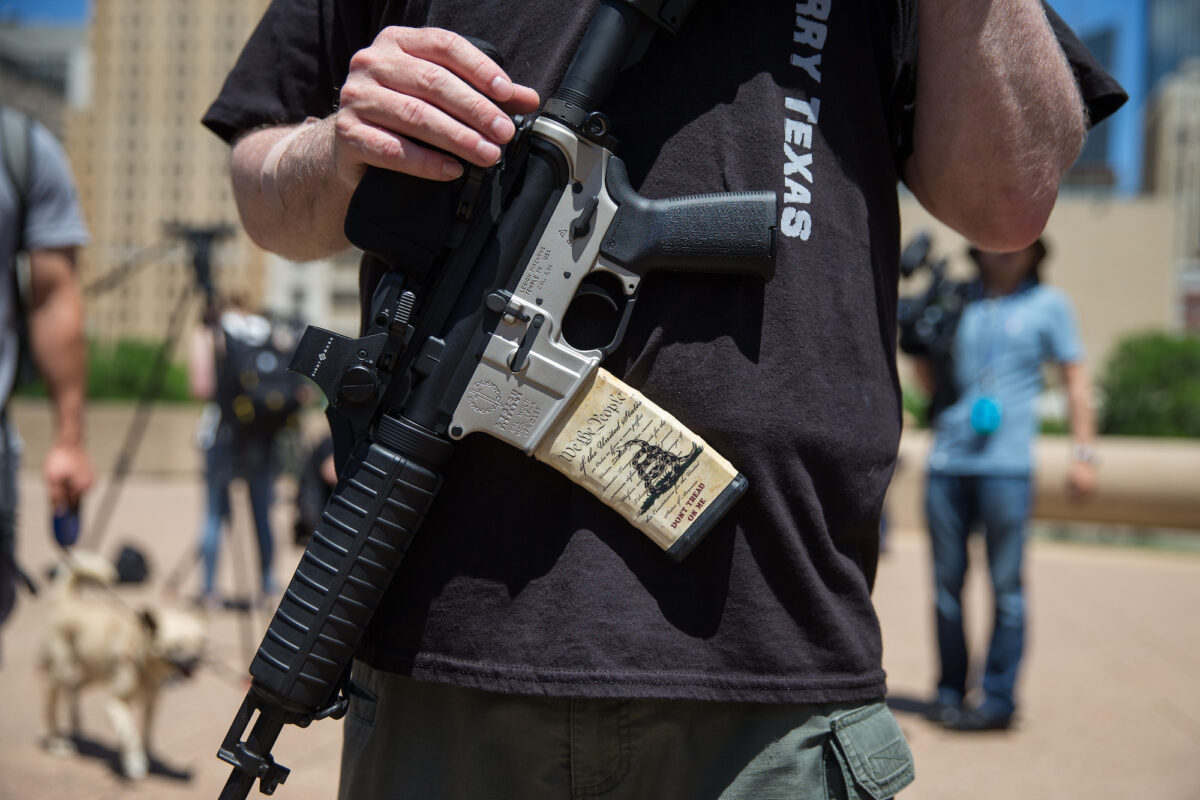 The states filed an amicus brief with the high court to help resolve a split among the federal circuit courts of appeal after several of the courts ruled against the 2008 District of Columbia v. Heller case, a landmark gun-rights ruling.

“One of the highest responsibilities of a state is to safeguard the rights of its citizens,” the states wrote (pdf) in their brief last week, “including the right ‘to keep and bear arms’ under the Second Amendment.”

After the Supreme Court’s District of Columbia v. Heller decision as well as the 2010 McDonald v. City of Chicago ruling, the “lower courts have applied inconsistent standards in Second Amendment challenges to state firearm restrictions,” the states wrote.

The First, Seventh, and D.C. circuit courts have all ruled that the Second Amendment right to bear arms exists outside the home. But other appeals courts issued rulings inconsistent with these rulings, the amicus brief noted.

“Inconsistent decisions by the lower federal courts have left States uncertain as to the precise boundary between permissible and impermissible restrictions,” the brief said. “These inconsistencies have also prevented citizens of amici States from exercising their right to carry and bear arms across State lines.”

The filing is being led by the Republican attorneys general of Louisiana, Arizona, and Montana.

“The blatant misinterpretation of the Second Amendment by the Ninth Circuit must be remedied,” Attorney General Paxton said in a statement. “We are asking for the Court to simply uphold the Second Amendment as it is written. The lower courts have flagrantly disregarded the Supreme Court’s instructions in Heller, leaving the right to bear arms in jeopardy. We must have a clear and concise ruling that protects the Second Amendment from lower courts’ hostility to gun rights to prevent this type of infringement from happening yet again.”