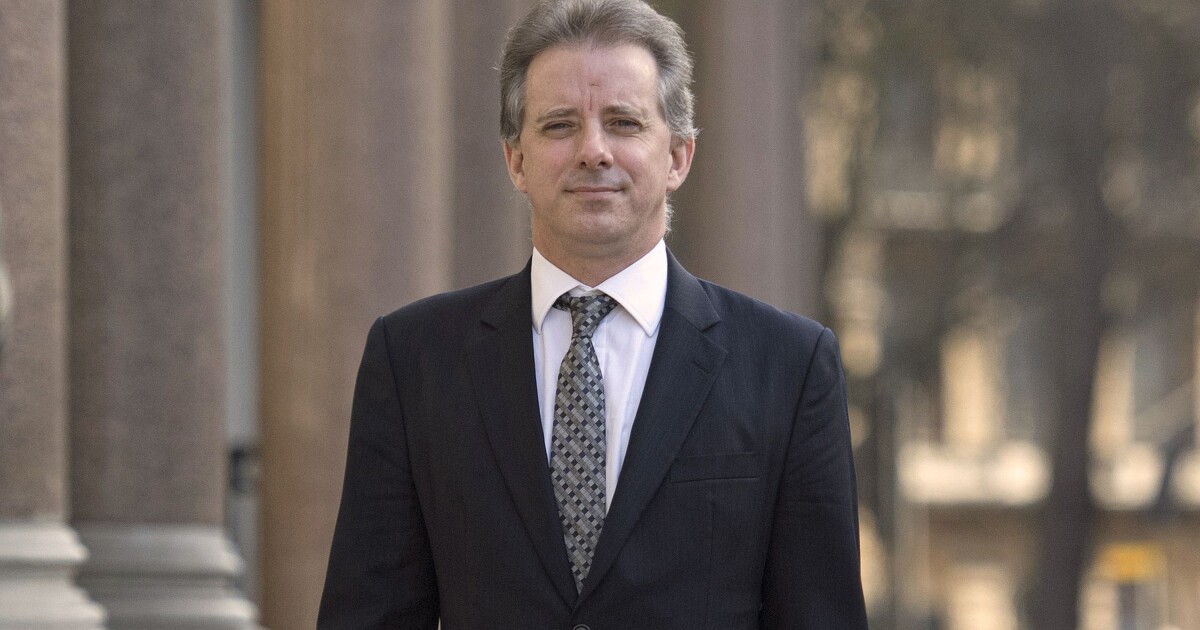 Durham used a subpoena to obtain documents from Brookings related to its employment of Danchenko, a U.S.-based and Russian-trained lawyer who visited Russia in 2016 as he worked for Steele. The New York Times reported last week that the former Connecticut federal prosecutor obtained records from the left-leaning think tank related to Danchenko, who worked for the organization from 2005 to 2010 as a Russia researcher but is best known as the “primary sub-source” for Steele’s Trump-Russia dossier in 2016.

“While I see this news of the Brookings angle of Durham inquiry as an attack on the integrity of the Brookings Institution, I can only welcome the review of my file,” Danchenko told the Washington Examiner. “There is no ‘there there' but a lot of groundbreaking research and analysis. Wish I also had an opportunity to review my file. It’s a wonderful chapter in my long career.”

A DOJ watchdog said he undercut the credibility of the Steele election reporting used to surveil a Trump campaign associate. Durham reportedly “obtained old personnel files and other documents” related to Danchenko from Brookings. At least three other employees at Brookings had some connection to the dissemination of the Steele dossier.

Danchenko’s lawyer, Mark Schamel, told the New York Times his client’s “work on hundreds of industry, academia, and business intelligence projects is highly regarded,” and Danchenko’s “good name” was being “used to attack the integrity of the Brookings Institution” for political ends, adding that “Igor welcomes any review of his Brookings files if that’s what the Durham investigation requires.”

Michael Cavadel, the general counsel at Brookings, said: “Brookings provided the responsive documents, none of which contained information associated with the reports known as the Steele dossier.” The article said Durham has been asking why the FBI did not tell the Foreign Intelligence Surveillance Court that Danchenko was once the subject of a counterintelligence investigation.

DOJ Inspector General Michael Horowitz released a report in December 2019 that concluded Steele's Democratic-funded dossier played a “central and essential” role in the FBI's effort to obtain wiretap orders against Carter Page, a 2016 Trump campaign adviser who was never charged with a crime and denied any wrongdoing. The DOJ watchdog criticized the bureau for at least 17 “significant errors and omissions.” Declassified footnotes from Horowitz’s report made public in 2020 indicate the bureau became aware that Steele’s dossier may have been compromised by Russian disinformation.

Durham discovered that Danchenko was investigated by the FBI as a possible “threat to national security,” according to documents declassified by then-Attorney General William Barr and released in September. The FBI's “Crossfire Hurricane” team apparently became aware of this information by December 2016.

A declassified footnote from Horowitz’s report, relayed by Barr, states, “The Primary Sub-source was the subject of an FBI counterintelligence investigation” from May 2009 to March 2011, including while he worked at Brookings, that “assessed his/her documented contacts with suspected Russian intelligence officers.”

FBI notes of a January 2017 interview with Danchenko showed he told the bureau he “did not know the origins” of some of Steele's claims and “did not recall” other dossier information. He told the FBI that Steele mischaracterized at least one of his Russian source contacts and noted much of what he gave to Steele was “word of mouth and hearsay,” some of which stemmed from a “conversation that [he] had with friends over beers,” and the most salacious allegations may have been made in “jest.” Horowitz said Danchenko “contradicted the allegations of a ‘well-developed conspiracy’ in” Steele’s dossier.

“My work at the Foreign Policy Studies Program at Brookings was an important step in my career. It was an honor to work with Clifford Gaddy and many other brilliant scholars to advance understanding of ever-changing Russia,” Danchenko told the Washington Examiner of his years at Brookings. “I worked on multiple topics: Russian energy policy, asymmetry of Russian federalism, President Putin’s KGB background and the evolution of his economic thinking, the formation of Putin’s so-called ‘inner circle,' Russia’s relations with the U.S. and the West, China, India, former Soviet Republics, etc. It was an interesting time.”

Steele told the FBI in London in September 2017 he believed Fiona Hill, who had worked with Danchenko at Brookings and became the top Russia expert on Trump’s National Security Council, knew about the involvement of Danchenko with his dossier, records made public in December show.

Hill has criticized the dossier as possibly being compromised by Russian disinformation, and Steele’s claims contradict Hill’s sworn testimony before the House in October 2019.

In her 2015 book, Mr. Putin: Operative in the Kremlin, Hill said Danchenko “provided us with a wealth of insights into and information about” Putin and “gained notoriety as the person (the only person) to obtain, in 2005, a copy of Putin’s dissertation,” which they concluded was plagiarized.

Hill testified Steele’s dossier was a “rabbit hole” and Steele “could have been played” by the Russians. She said, “It’s very likely that the Russians planted disinformation” in the dossier.

“These people simply have no idea what they are talking about. I’ve spent my entire adult life working with Russian disinformation,” Steele told Fusion co-founder Glenn Simpson for a 2019 book.