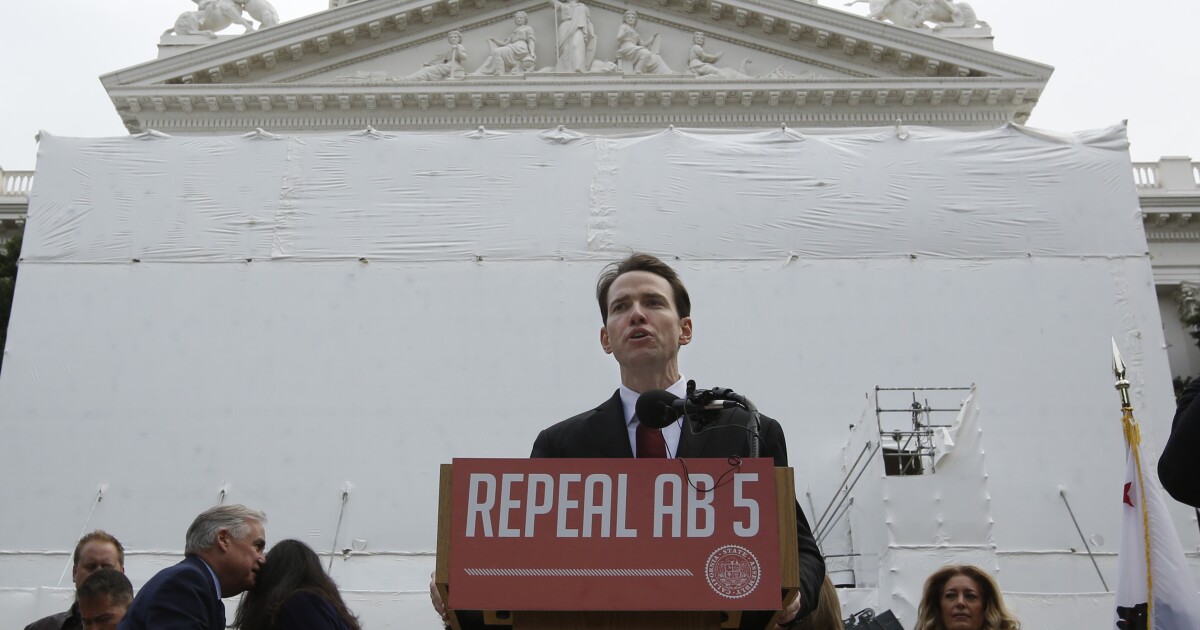 The Northern California Republican Assemblyman who sued Gov. Gavin Newsom over COVID-19 restrictions and who helped lead the recall movement against him announced Tuesday he’s running for governor.

His new campaign website, KileyForCalifornia.com, states that in the 2020 election, Kiley “received more votes than any Republican in California history” and that he is “the only 100 percent citizen-backed California elected official, refusing all funding from the Special Interests that have spent tens of millions electing Gavin Newsom.”

Over the next 70 days, Kiley said he will “fight in every way I can to get our movement across the finish line. We’re in it to win.”

He said the purpose of the recall movement, and his run for governor, is about restoring the meaning of “We the People,” and that “California is worth fighting for.”

Kiley joins several candidates running against Newsom. His announcement also comes three days before a court deadline set for a lawsuit Newsom filed asking a judge to amend the recall ballot to allow him to place a “D” – for Democrat – next to his name.

The court set a hearing for July 9 in response to a motion to intervene filed by the recall campaign. Newsom’s attorneys argue the Secretary of State’s Office needs to fix a “good faith mistake” made by his campaign, which entered his candidacy information without party affiliation. The Secretary of State is not expected to defend the lawsuit, which is why the recall campaign asked to intervene.

Previously, party affiliations were not listed on ballots for officials facing a recall election. The change, and deadline to add it, was implemented by a new law Newsom signed.

“The people of California have been on the receiving end of scores of outrageous orders and laws issued and signed by Newsom in his self-perceived role as King of California,” the recall campaign said in a statement. “Throughout his time in office, he has acted above-the-law as if he is not subject to California’s Constitution, the State Legislature and the will of the great people of California.”

On July 9, the court said it would either allow the campaign to intervene in the lawsuit or consider its brief when ruling on the lawsuit.

“No one is above the law, certainly not Gavin Newsom,” California Patriot Coalition attorney and candidate for California Attorney General Eric Early said. “His terrible judgment, arbitrary and capricious laws, rules and orders have destroyed tens of thousands of small businesses, hundreds of thousands of jobs and countless lives. It is time that he be made to follow his own laws.”

The recall election has been scheduled for Sept. 14.