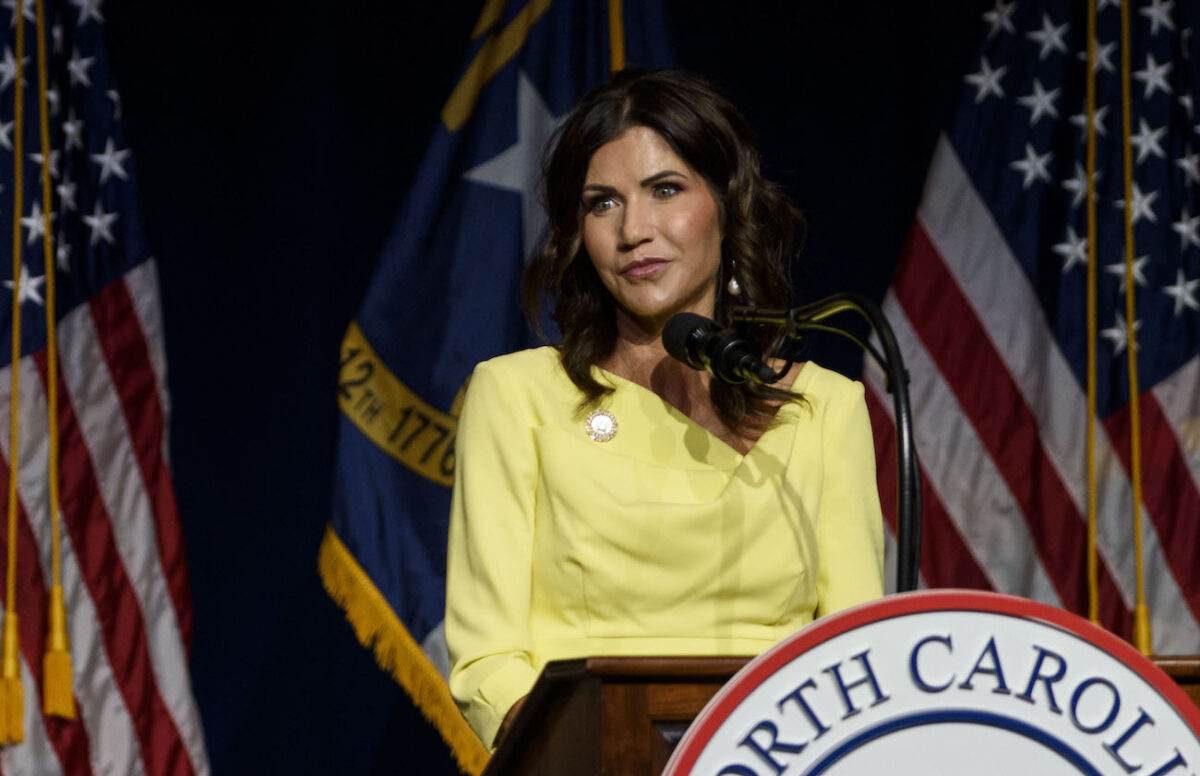 The deployment, she said, would add 75 members to the 50-strong troops that are deployed there. Noem, a Republican, is one of several governors who have sent law enforcement or National Guard members to the border following a request from the governments of Arizona and Texas for assistance, although Noem said they are being sent to the border at the request of the federal government.

“Our South Dakota National Guard is the very best in the country, and they are prepared for the sustained response the national security crisis at our southern border requires,” Noem said in a statement Wednesday. “I am hopeful that this mission indicates the Biden administration is waking up to the devastating situation at the border.”

The Guard members will be deployed to the border for up to 9 or 12 months, according to her office.

In elaborating on the move, she said they will “provide non-law enforcement support to U.S. customs agents” who are enforcing federal immigration law.

“The request for South Dakota Guard members came from the U.S. Department of Homeland Security and the National Guard Bureau,” her office said. “About 3,000 Guard members from several states are involved in this federal mission. For security reasons, additional information about the Guard members’ duties will not be provided.”

It comes in the midst of a Republican-led campaign to denigrate the Biden administration’s immigration policies, describing them as weak and ineffective.

Starting from his first day in office, President Joe Biden has signed dozens of orders that have rescinded rules that were implemented during the Trump administration. Notably, the president diverted funding away from the construction of the wall along the southern border, did away with the “remain in Mexico” mandate, and restarted “lateral flights” that include the transportation of illegal immigrants from one part of the border to another, among other measures.

Noem, meanwhile, confirmed in late June that a private donor has partially funded the earlier National Guard deployment to the border. Ian Fury, a spokesman for Noem, told Politico that it will “help alleviate the cost to South Dakota taxpayers.”