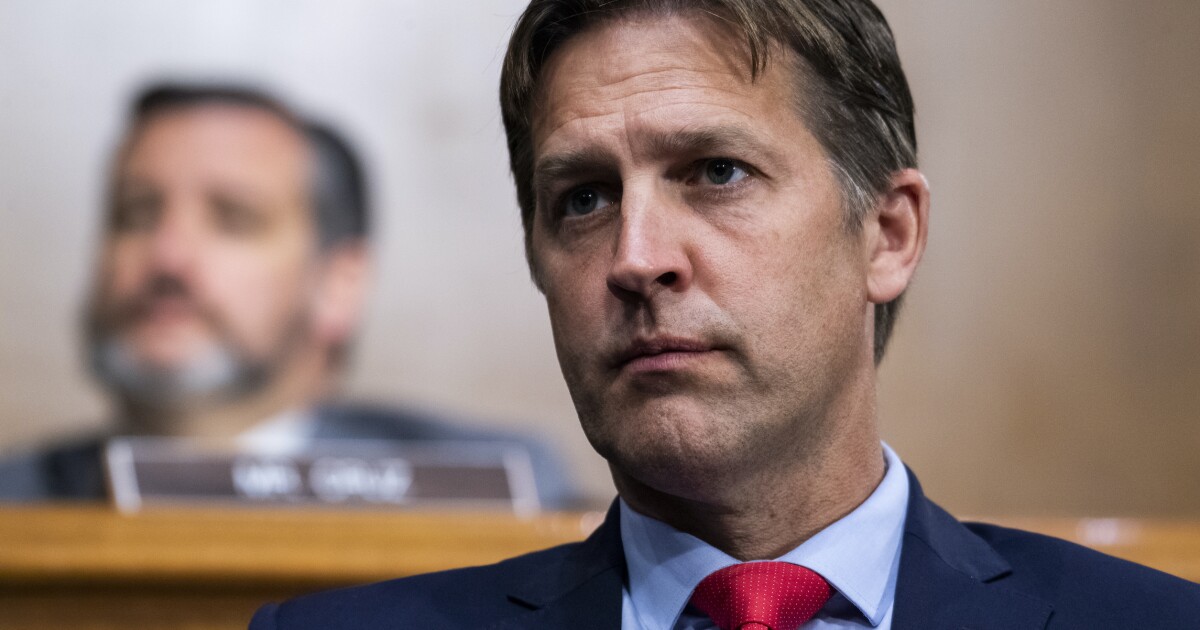 Sen. Ben Sasse introduced legislation that would reallocate pandemic unemployment benefits into a signing bonus for those who get a job in an attempt to encourage workers back into employment following the disappointing April jobs report.

Sasse introduced the plan on Tuesday in an effort to reward those currently collecting unemployment insurance if they secure a job. The legislation comes as the economy blossoms from its pandemic slump, yet employment has lagged. The difference has resulted in an excess of job openings with not enough workers and fears that unemployment benefits are incentivizing workers to stay off the job.

Currently, the federal government's supplemental pandemic unemployment program provides the unemployed $300 per week in federal payments in addition to whatever amount they are receiving in state unemployment. That number is often well above what people would make if working a minimum wage job and can disincentivize employment.

Sasse’s proposal would convert the expanded unemployment benefit into a two-month signing bonus equal to 101% of existing pandemic benefits over the course of multiple payments for individuals who can demonstrate new and continued employment by July 4. The expanded $300 unemployment payments are set to end on Sept. 6.

“We’ve been warning about this predictable crisis for a year now: Americans want to work, but the federal government is paying more for unemployment than for work,” the Nebraska Republican said in a Tuesday statement. “Well-meaning but stupidly-designed policy is holding Main Street back. This bill isn’t a perfect solution, but let’s at least turn unemployment checks into signing bonuses.”

So far, six states have announced that they will stop participating in the expanded benefits program in the coming weeks for fear that it is holding back the labor market and incentivizing unemployment.

Montana has already taken a similar tack to Sasse’s proposal and will also offer $1,200 bonuses for residents who return to work.

April’s jobs report was a major disappointment, with the economy adding just 266,000 jobs — far short of forecasters’ predictions of nearly 1 million jobs. The unemployment rate also rose slightly to 6.1%, according to the Bureau of Labor Statistics.