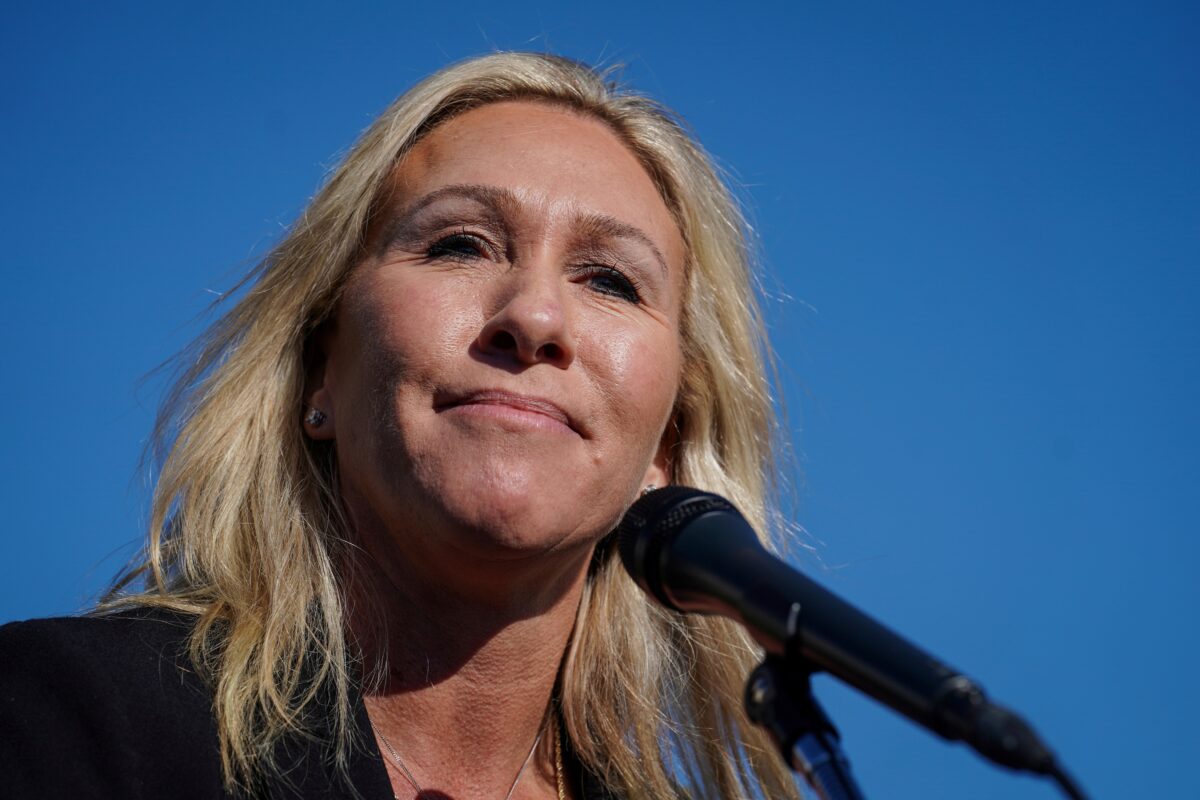 Rep. Marjorie Taylor Greene (R-Ga.) said Saturday that she won’t back down from promoting “America First” policies as she addressed criticism of a caucus she was helping create.

A document outlining Taylor Greene’s “America First Caucus” was published by a media outlet on Friday, with the document drawing criticism from Democrats and Republicans for phrases such as, “America is a nation with a border, and a culture, strengthened by a common respect for uniquely Anglo-Saxon political traditions.”

Critics said some of the language in the document was hateful and racist.

But Taylor Greene on Saturday in a series of tweets said she did not write or say any of the phrases in the posting.

The media “released a staff level draft proposal from an outside group that I hadn’t read,” she wrote.

“The scum and liars in the media are calling me a racist by taking something out of context. This is just a repeat of Jewish Space Lasers. Another term I never used & the media made up. It’s more proof so-called journalists lie and create false narratives. The media are the ones focused on race & use it to divide the American people with hate through identity politics.”

Greene’s spokesperson had told CNN that she was helping create the “America First Caucus,” but later said she was not. Greene’s office has not returned requests for comment.

“The Congresswoman wants to make clear that she is not launching anything. This was an early planning proposal and nothing was agreed to or approved,” the spokesperson said.

A spokesperson for Rep. Paul Gosar (R-Ariz.), who was linked to the group, declined to comment.

Greene on Twitter wrote that she believes in the “America First” idea “with all my heart and that means every American, of every race, creed, and color.”

“I will never back down and I will never stop fighting for America First. There are tens of millions of Americans who agree. We are side by side. People over politicians. The hyenas in the media are terrified. So are the Democrats. And so are the weak politicos that float around whichever the wind blows,” she added.

“I have plans to drive President Trump’s America First agenda with my Congressional colleagues but we won’t let the media or anyone else push the narrative. America First policies will save this country for all of us, our children, and ultimately the world.”