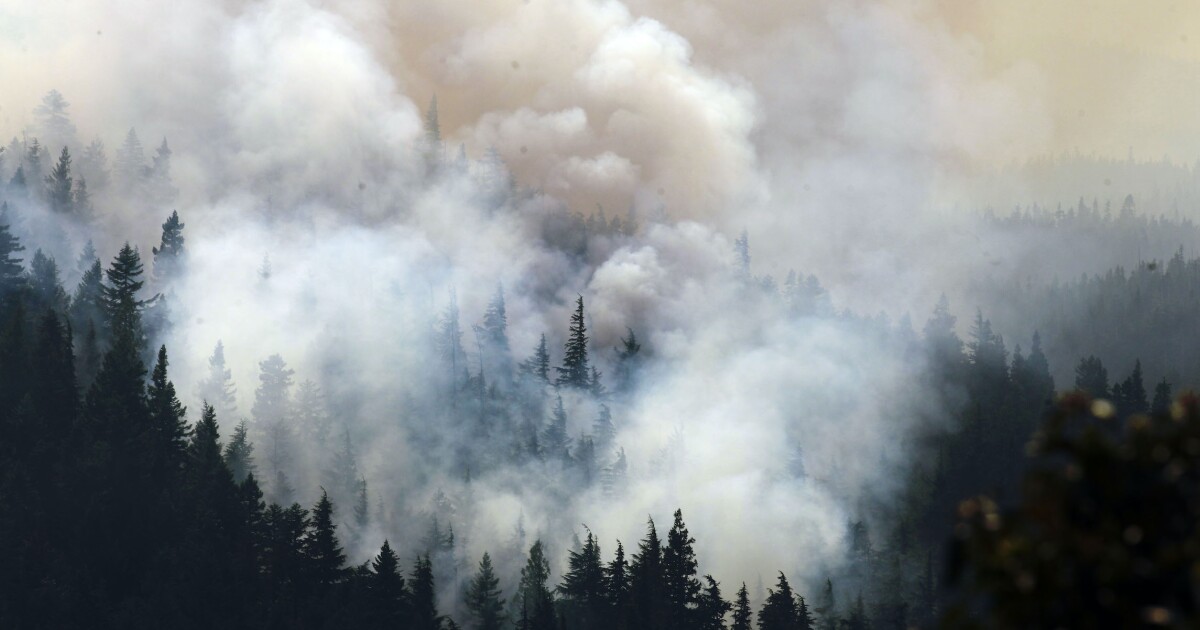 Hours after its full reopening, Oregon is now in another state of emergency, as a 10,000-acre fire rips through its northern plains.

Gov. Kate Brown invoked the Emergency Conflagration Act Wednesday morning in response to the Wrentham Market Fire that began in Wasco County on Tuesday night. It grants the Oregon State Fire Marshal the power to redeploy firefighters from around the state to fight the blaze.

The 10,000-acre fire outside Dufur has placed up to 100 residents under Level 3 “Go Now” evacuation orders in parts of the city. Portland Fire and Rescue crews joined Corbett and Gresham Fire crews in fighting the fire Wednesday. One all-wheel-drive fire engine and a water tender tanker truck were deployed to the area.

Live updates on the Wrentham Market Fire can be found on the Wasco County Sheriff's Facebook page.

Despite calls from some residents, Brown's order does not ban commercial or personal fireworks this Fourth of July weekend. A dozen Pacific Northwest cities from Bend in Central Oregon to La Center in Southwest Washington have bans on personal fireworks this summer. Bend and La Center are both enforcing their mutual bans. Portland's fireworks ban was initially unenforceable until Mayor Ted Wheeler issued an emergency declaration under public pressure on Wednesday. The ban, effective immediately, lasts until July 14.

Brown last issued a state of emergency in Oregon over wildfires in August 2020. That year, Oregon lost more than a million acres, 4,000 homes and 11 people to fires.

Oregon has lost 15,300 acres to 597 wildfires this year, 243 more than this point in 2020, according to INCIWEB. Five fires spanning more than 1,000 acres have burned in Southwestern and Eastern since April.

Fears of more fires erupting around the state have grown as Oregon reopens and lifts the majority of its mask and social distancing mandates. Wednesday marked the first day in 18 months that Oregon businesses statewide can resume service at 100% capacity. On Wednesday, the state's 69.4% vaccination rate was 19,000 people short of Brown's 70% benchmark.

State officials have warned that having more people out and about means more campers and more campfires. As of Wednesday, burn bans were in effect across two dozen Oregon counties.

“I want to reiterate that preventing wildfires is critical this year, especially as we already have entered an early season with several fires burning across the state,” Brown said. “I'm asking all Oregonians to be cautious, be safe, and to honor all burn bans.”

This year, the Oregon Legislature approved a $190 million spending package creating a 19-member advisory council and a new director-level position in Brown's office to oversee a range of new fire district practices. They include drafting new rules on building codes, best practices for power companies and setting standards for forest growth around residential homes. Brown is expected to sign the bill, SB 762, into law later this month.