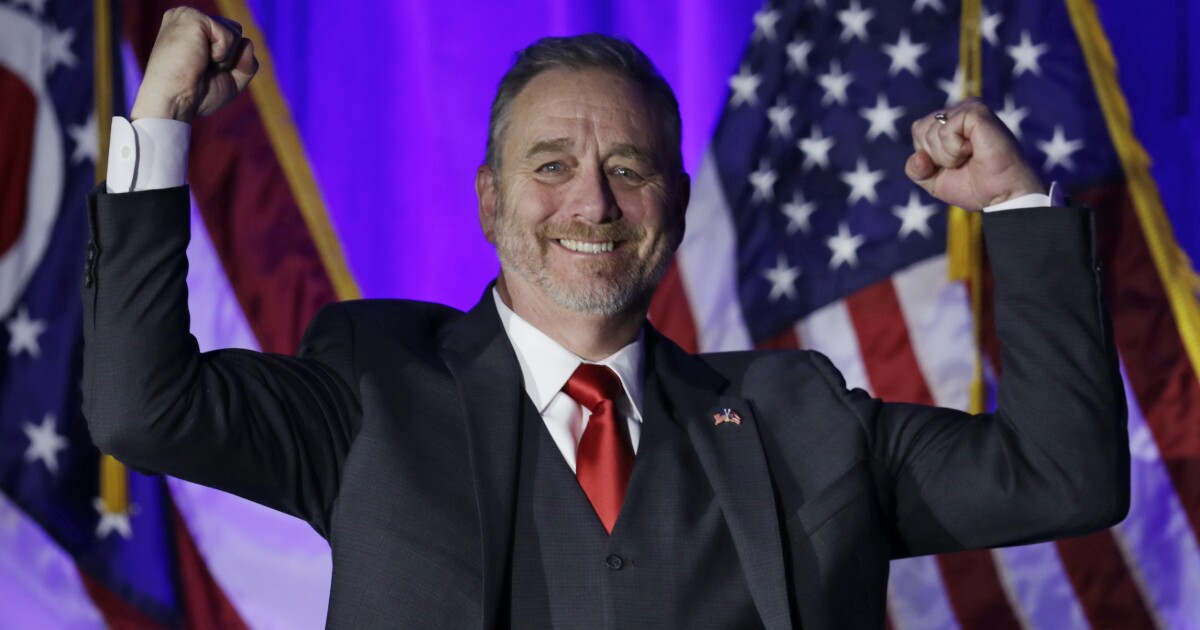 A federal judge has ruled that a provision in President Joe Biden’s COVID-19 relief bill limiting state tax cuts is unconstitutional, handing a victory to Republicans.

Ohio Attorney General Dave Yost had filed a federal lawsuit against the Treasury Department and its secretary, Janet Yellen, alleging that a provision in the $1.9 trillion Democratic spending package that prohibits states from using relief funds to offset tax cuts or credits “directly or indirectly” is unconstitutional.

U.S. District Judge Douglas Cole issued the permanent injunction against what Yost dubbed the “tax mandate” on Thursday, ruling that the provision exceeds the federal government’s power over states.

“The federal government has to stay in their lane, and if they don’t, we’re prepared to bump them up against the guardrail and keep them where they belong,” Yost told the Washington Examiner in a Friday morning phone call.

‘FIRE IN MY BONES’: THE MUSIC-LOVING OHIO ATTORNEY GENERAL SUING THE BIDEN ADMINISTRATION

Cole ruled that the tax mandate “falls short of the clarity” that Supreme Court precedent requires for the Constitution’s spending clause as it relates to conditional grants to states. The judge also rejected Yellen’s argument that Treasury Department regulations clear up the ambiguity of the provision.

“Accordingly, the Court finds that the Tax Mandate exceeds Congress’s power under the Constitution,” Cole concluded. “The Court further finds that Ohio has met the conditions for injunctive relief to prevent the ongoing harm that this constitutional violation is causing.”

It is likely that the federal government will appeal the ruling. A spokesperson with the Treasury Department told the Washington Examiner after the decision that the department disagrees with Cole's opinion and is exploring options regarding the next steps.

“We are confident that the act is constitutional and Treasury is committed to implementing it in a manner consistent with Congress’s direction so we can continue to promote a robust and equitable recovery,” the spokesperson said in a statement.

Yost touted the ruling as “a huge win for our federalist system” and pointed out that while Democrats might be disappointed with the decision, they might see it differently in the future. He said he sees the judgment as having broader implications than just this one provision.

“The progressives are going to be howling right now because they don’t like the idea that the federal government can’t tell Ohio what to do with its tax policy, but they’ll be quoting this decision soon enough to a Republican president who might want to tell a blue state how to run their state,” Yost said.

While Ohio was the first to sue the Biden administration over the tax mandate, it is not alone in its litigation on the matter.

Several other states have joined another federal lawsuit contending that the mandate violates the 10th Amendment, the conditional spending doctrine, and the anti-commandeering doctrine. Arizona Attorney General Mark Brnovich also filed a lawsuit attacking the provision.

Yost said that while the ruling in his case won’t directly affect the other lawsuits, he thinks that Cole’s ruling will be closely examined by judges across the country.

“It’s a really well-reasoned opinion by Judge Cole, and I think other federal judges will read it and find it well reasoned,” he said. “So, it doesn’t have any direct power, but it is very persuasive.”