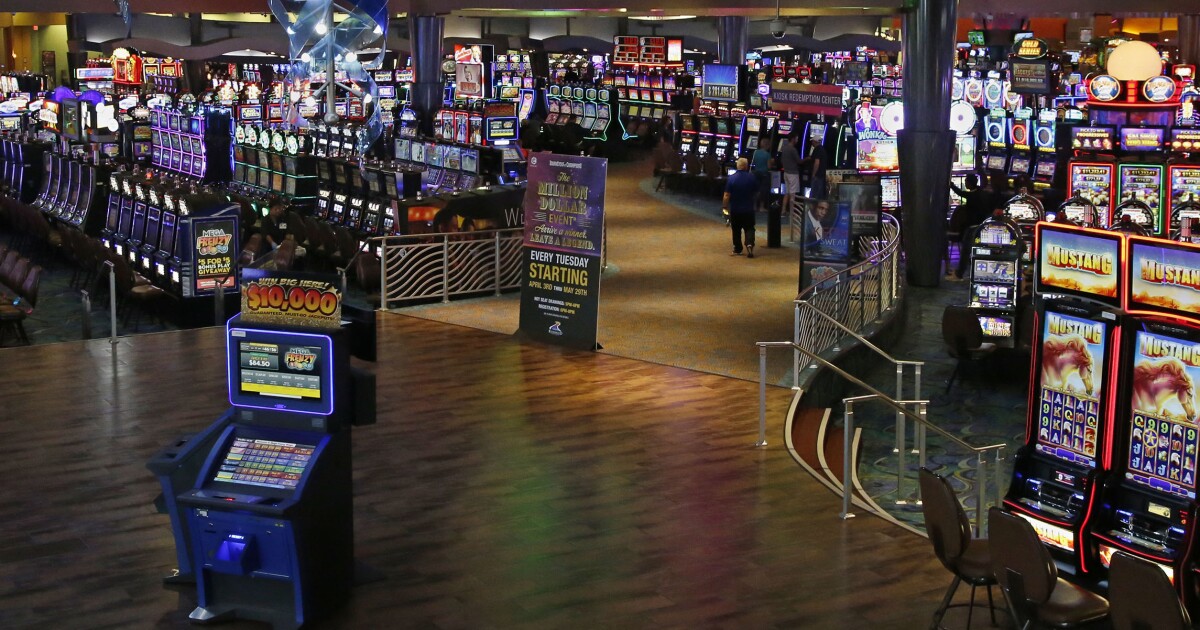 The New York State Gaming Commission on Friday afternoon released a long-awaited request for applications for mobile sports betting in the state.

According to the application posted on the commission’s website, the state is seeking providers willing to be taxed at 50% or higher of their gross gaming revenue. That’s in addition to the $25 million license fee. Applicants willing to give that much would be rewarded with a 10-year license.

Applications will be due Aug. 9. After reviews and oral presentations, the Gaming Commission plans to select finalists by Dec. 6 and give those applicants a week to submit a final application.

Awards would then be made at the commission’s following meeting, a date for which has not been set.

State Sen. Joseph Addabbo, D-Queens, a leading proponent of expanded sports betting and the chairman of the Senate Committee on Racing, Gaming and Wagering, has said he would like to see sports betting apps launched by the Super Bowl in February.

The call for applications was supposed to take place by July 1, according to the budget lawmakers passed in April. The Gaming Commission did not give an explanation for the delay

Applicants must pass a technical review in order to be considered for licensure. Proposals will be scored on several; factors, including their experience in sports betting as well as their operator partners’ experience. Applicants will also receive bonus points if they have a revenue-sharing agreement with a tribal gaming operator in the state.

Platform providers that agree to a 50% tax on gross gaming revenue would receive 20 points toward their application score. If they go higher, then they will receive a bonus point for each percentage point above 50. Those that propose a lower rate will receive fewer points.

The 50% tax threshold has been a key point for Gov. Andrew Cuomo, who until just months ago had not been a proponent of offering mobile gaming in the state. However, after the COVID-19 pandemic threatened the state’s finances, he sought new sources of revenue.

If applicants agree to the 50% rate, it would be one of the highest rates in the country for sports betting. New Hampshire taxes revenues at 51%, and Pennsylvania taxes at 36%. Indiana taxes sportsbook revenues at 9.5% and New Jersey taxes online sports betting revenue at 13%.

While lawmakers in Albany have pushed for years to operate sports betting by offering licenses through casino partners, similar to how Pennsylvania and New Jersey operate, Cuomo sought a more direct relationship. He wanted to work directly with sports betting companies, similar to how the lottery works and receive a larger share of the proceeds from operators.

During the latter stages of budget negotiations, the Cuomo administration and lawmakers reached a deal that used the framework of the governor’s plan but allowed for more operators to get access.

A January study published by Spectrum Gaming Group for the Commission estimated that New York’s digital market could generate up to $856 million in gross revenue for operators. However, that was not based on Cuomo’s plan.

Cuomo’s plan estimates the state could receive $49 million in tax revenue in fiscal year 2022 and $357 million the following year. A mature market, he believes, could generate $500 million in the state.

Sports betting has been legal in the state since 2019, but only at commercially licensed and tribal casinos in upstate New York. That has left New York City out, forcing bettors there to wager with an illegal bookie, use an offshore sportsbook or trek across to New Jersey to place their bets.

It’s estimated that New Yorkers make up about 20% of New Jersey’s market.

New Jersey’s retail and online sportsbooks reported a handle of $814.3 million in May, with 90 percent of bets made online. The state Division of Gaming Enforcement reported the licensees earned $52.9 million in revenue for the month.

By comparison, New York’s four upstate retail sportsbooks reported monthly revenue of $1.6 million in May, according to Gaming Commission data.