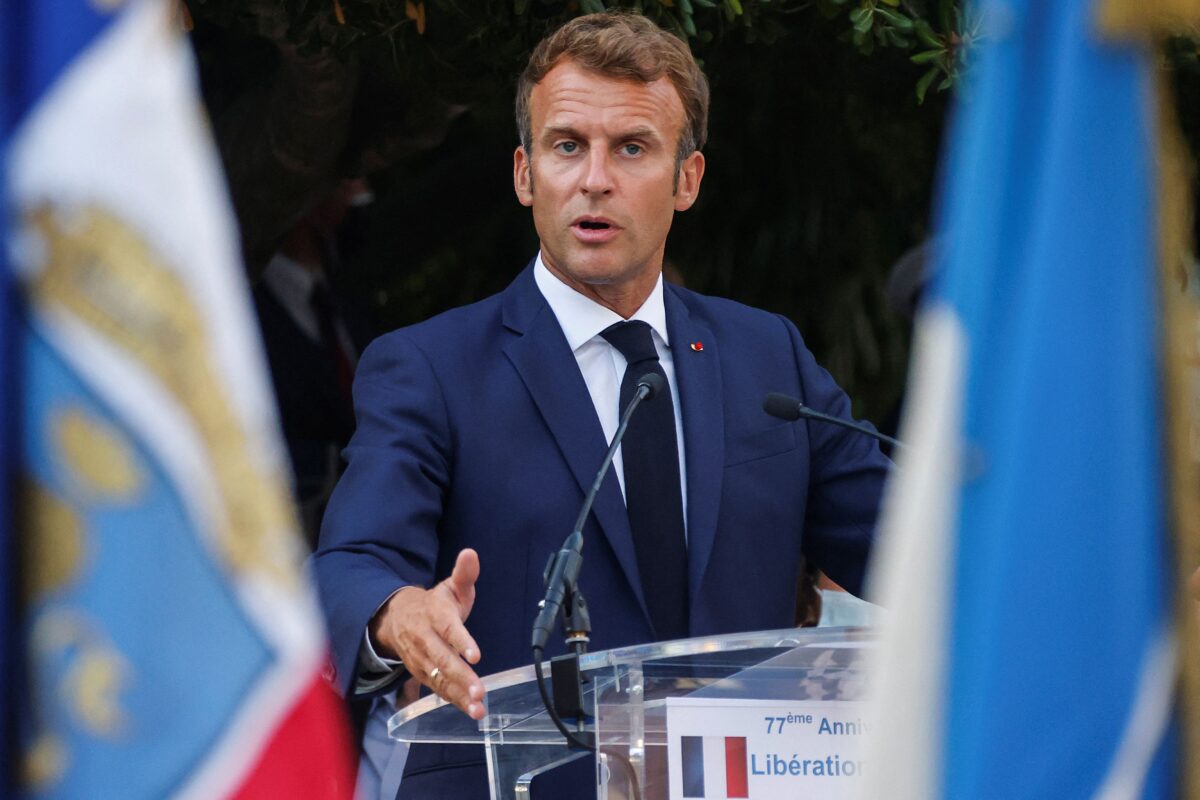 French President Emmanuel Macron in a phone call with U.S. President Joe Biden on Thursday said that there is a “collective moral responsibility” to evacuate Afghan allies from Kabul before Biden’s self-imposed Aug. 31 deadline to withdraw the remaining U.S. troops.

“The head of state emphasized our collective moral responsibility toward the Afghan men and women who need our protection and who share our values,” a readout of the call released by the French government read. “We cannot abandon them.”

The Élysée said Macron in his conversation with Biden “underlined the absolute need to ensure rapid and concrete coordination among allies on the ground to continue the evacuations.”

The White House’s version of the call doesn’t include Macron’s mention of a “moral responsibility” to evacuate Afghan allies, but notes that the two world leaders lauded the “tireless efforts” of their personnel working closely together in Kabul on the evacuation of their citizens, “the brave Afghans who have stood by us and our NATO partners, and other vulnerable Afghan nationals.”

“They underscored the importance of continued close coordination among allies and democratic partners on Afghanistan, including through multilateral fora, on the provision of humanitarian assistance and support for refugees,” the White House description said.

The Epoch Times has reached out to the White House for comment.

The call between the two leaders on the issue comes as Biden faces growing criticism amid reported chaos and occasional violence outside Kabul’s international airport, ahead of the president’s deadline to withdraw the remaining U.S. troops from Afghanistan. Many vulnerable Afghans fear a vengeful crackdown by the Taliban terrorist group and are voicing desperate pleas not to be left behind.

The Pentagon has said that the U.S. military will fly up to 30,000 people out of Kabul, including embassy personnel, U.S. citizens, Afghan Special Immigrant Visa (SIV) applicants, and other at-risk individuals.

Of that total, 8,000 will be transported to a third country for visa processing, with the other 22,000 headed for the United States. Advocates estimate that there are between 50,000 to 80,000 Afghans and their family members applying for SIVs and evacuation, of which the Biden administration has so far evacuated only a fraction.

The SIV program was created to protect Afghan allies who risked their lives helping U.S. troops in the country.

Echoing Macron’s remarks, a bipartisan group of 55 senators is urging Biden to quickly evacuate SIV applicants and their families amid the Taliban’s takeover of Kabul.

“The Taliban’s rapid ascendancy across Afghanistan and takeover of Kabul should not cause us to break our promise to the Afghans who helped us operate over the past 20 years and are counting on us for assistance,” the senators, led by Sens. Jeanne Shaheen (D-N.H.) and Joni Ernst (R-Iowa), wrote in a letter on Thursday.

“American inaction would ensure they become refugees or prime targets for Taliban retribution,” they wrote.

The U.S. military operation in Afghanistan was “at every step of the way” aided “by Afghans who fought alongside us for a better future for their country.”

“They risked their safety and the well-being of their families to work with the United States. With the departure of U.S. forces and Taliban rule in place, the safety and security of our Afghan allies who put their lives on the line to help our service members and diplomats must be a top priority,” the lawmakers wrote.

Meanwhile, Biden said during a press briefing at the White House on Sunday that evacuation efforts have “a long way to go” and that “a lot could still go wrong.” The president added that there have been “discussions among” those in the White House “and the military” to potentially extend the evacuation operation past Aug. 31.

Early Monday, Suhail Shaheen, a spokesman for the Taliban, warned that there would be consequences if Biden fails to withdraw all troops by his self-imposed deadline.

Isabel van Brugen is an award-winning journalist and currently a news reporter at The Epoch Times. She holds a master's in newspaper journalism from City, University of London.

‘You don’t shoot somebody accidentally and kill them and recover.’ –...

Check Out The New Gateway Pundit Discounts Page At MyPillow (Get...

3 patients accidentally given COVID vaccine at military base, Army opens...