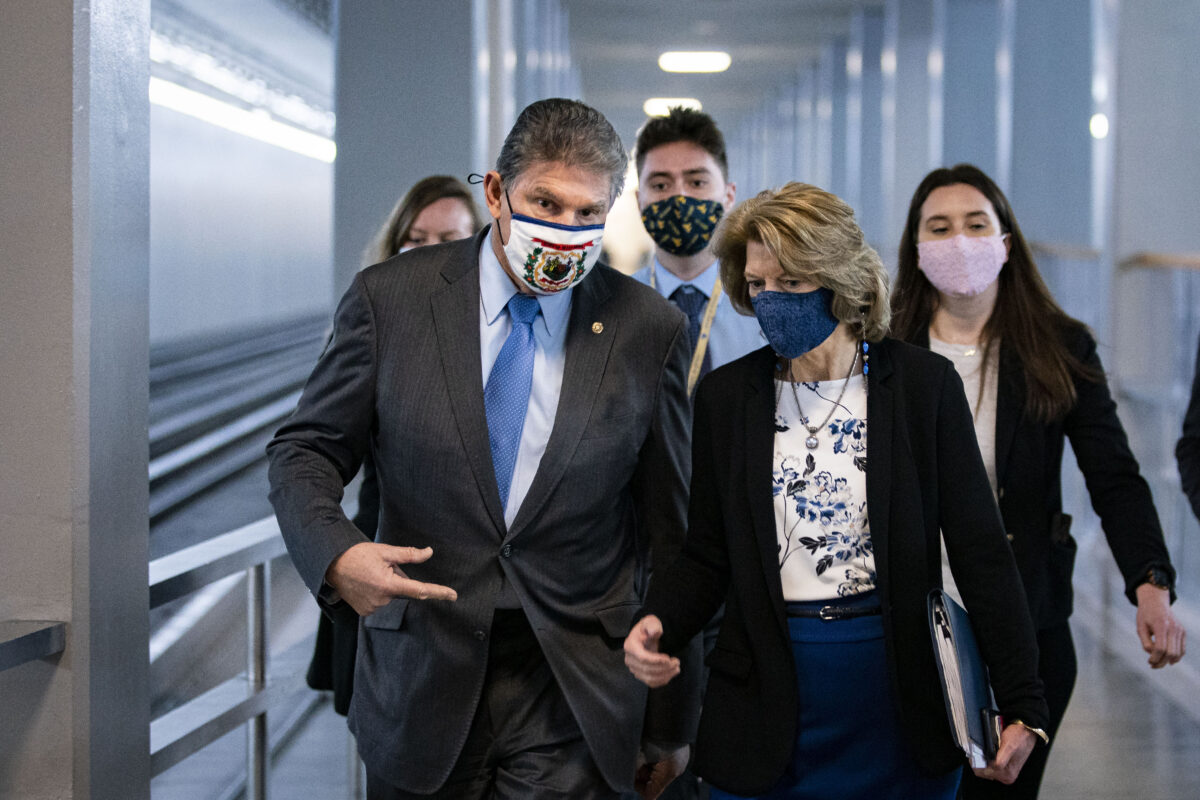 Moderate Sens. Lisa Murkowski (R-Alaska) and Joe Manchin (D-W.Va.), who often work together on legislative issues, are appealing to congressional leaders to reauthorize a version of the Voting Rights Act that is most likely to get bipartisan support.

“Protecting Americans’ access to democracy has not been a partisan issue for the past 56 years, and we must not allow it to become one now,” they wrote in the letter.

The two senators argued that the 2013 Supreme Court decision in Shelby v. Holder on Section 4 of the Voting Rights law, “effectively gutted” the law. While the two senators did not name any specific piece of legislation, Democrats have been calling for enacting the John Lewis Voting Rights Advancement Act (S. 4263), which they say would strengthen the 1965 law.

The legislation seeks to bring back the pre-clearance formula that would require states with a history of voter suppression of minorities to obtain pre-approval from the Justice Department or federal courts before making changes to election processes.

But the John Lewis version of the bill would most likely not get the 60 votes required by the Senate filibuster rule and in the 116th Congress, Murkowski was the only GOP co-sponsor for the legislation. It has yet to be introduced in the current Senate.

“We reflect not just on the positive impact this legislation has had on individual Americans’ ability to exercise their most fundamental right–the right to vote–and the strength of our democracy writ large, but on the important work we still have to do to realize that promise of ensuring the right of all to vote,” the two senators went on to write.

Although the senators don’t name any specific version of the Voting Rights Act that they want to be supported, they criticize state legislatures for introducing and enacting laws that they say are weakening the confidence of the public.

Republicans have generally praised states’ efforts to shore up election laws and make voting more secure, but Democrats have condemned the efforts by state legislatures, saying that the laws they are enacting further voter suppression.

While Manchin has made supportive comments for the reauthorization of the John Lewis Voting Rights Advancement Act, he has said he does not support the Democrats’ broader voting rights package, called the For the People Act, because it does not have GOP support.

Republicans have not shown support for either legislation. The GOP has said the John Lewis Voting Rights Advancement Act does not do anything to prevent discrimination but instead gives partisan control to Democrats. And they have been more critical of the For the Peoples Act, saying it is an attempt by Democrats to grab power and an overreach by the federal government.

Democrats however are keen to pass both pieces of legislation since they have a slight lead in the Senate with Vice President Kamala Harris casting any tie-breaking vote. There have been calls from many top Democrats to cancel the filibuster rule so that Democrats may decide they don’t need GOP support and get rid of the 60-vote rule for passing legislation.