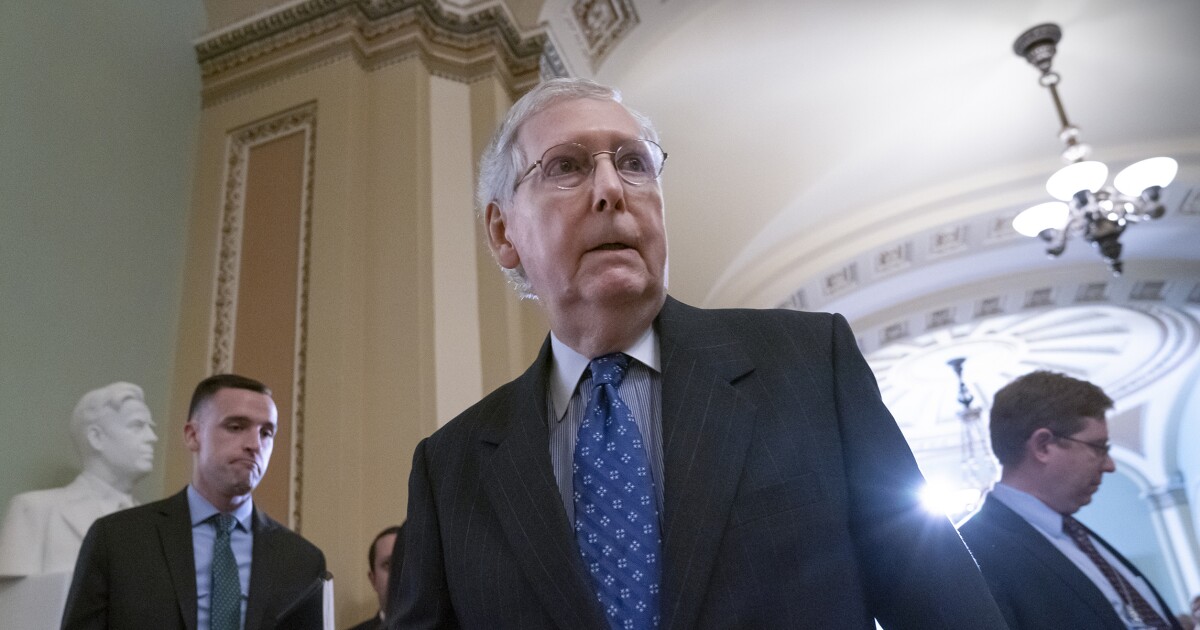 Kentucky’s senior U.S. senator joined the list of Republicans calling on Gov. Andy Beshear to end the state’s participation in the federal government’s COVID-19 unemployment subsidy that critics claim is keeping people from re-entering the workforce.

Senate Republican Leader Mitch McConnell was in Louisville on Monday to take part in a business roundtable discussion at UPS Airlines. In speaking with reporters after the meeting, he noted another call he had with businesses from Kentucky and Indiana. Participants on that call noted that when Indiana Gov. Eric Holcomb ended his state’s participation in the pandemic unemployment program, that businesses received more than 200 applications the following day.

“So there's no question that is creating a big challenge for Kentucky businesses,” McConnell said.

Last week, an Indiana judge ordered the state to resume making those extra $300 payments to claimants for the time being.

McConnell said he was unaware of what the judge said in the case.

“I know that the governors have the option,” he said. “Twenty-five of them have taken the opportunity to discontinue the $300 per week federal bonus. And it seems to be helping to get people back to work.”

Beshear, a Democrat, has been hesitant to end the state’s involvement in the program, citing that it pumps more than $30 million into the state’s economy each week. That money, he said, has helped families pay for groceries and other needs during the pandemic.

The governor has taken other steps, though, to spur people back to work. He’s reinstated the work search requirement for claimants. Last week, he also unveiled a $1,500 return-to-work incentive that will go to up to 15,000 Kentuckians who land a new job in the next month.

Besides the unemployment issue, McConnell also criticized the Biden Administration for wanting to add more spending, noting the President’s budget calls for an additional $5 trillion on top of the $2 trillion that was in the American Rescue Plan, which passed earlier this year on a partisan vote.

The $7 trillion would equal what the country spent during World War II, the senator said. However, he said he’s willing to work with the White House on the matter. But he wants to make sure infrastructure spending is spun off.

The $7 trillion “is wildly out of proportion to what the country needs, but a portion of it is something the country clearly needs if we can figure a way to pay for it.”