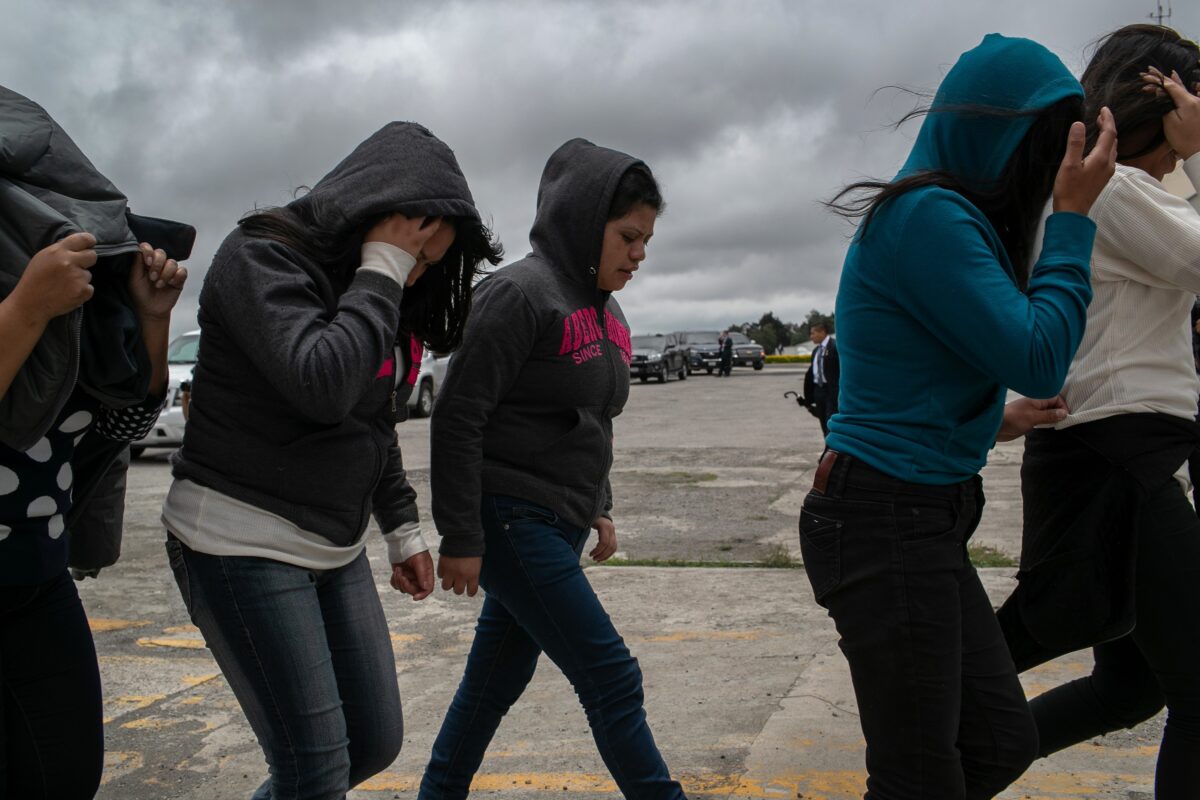 The record-low number of deportations in the United States in April signals that the Biden administration is working toward abolishing immigration enforcement, the former acting chief of Immigration and Customs Enforcement (ICE) says.

“It’s terrible. You got record numbers, people coming into the country illegally being released, and a record low of people being removed,” Thomas Homan, who headed the agency during the Trump administration, told The Epoch Times.

“But that’s by design, this isn’t an accident—they want to dismantle ICE. Rather than abolish them, which they had a tough time doing they’re just making them not effective. Looks like it’s working,” he added.

The end goal, according to Homan, is completely halting immigration enforcement.

“They want open borders because they think they’re going to be all future Democratic voters. This is about perpetual power of the government,” he said.

ICE and the White House did not respond to requests for comment. White House press secretary Jen Psaki has not been asked during recent briefings about the low number of deportations.

Only 2,962 deportations were carried out in April, according to the agency. That does not include expulsions made under Title 42 emergency powers amid the COVID-19 pandemic.

An ICE spokesman said via email earlier this week that the agency “has concentrated its limited law enforcement resources on threats to national security, border security, and public safety,” which has “allowed ICE to focus on the quality of enforcement actions and how they further the security and safety of our communities rather than the simple quantity of arrests and removals.”

A recent surge in illegal border crossings, meanwhile, has shown little signs of slowing down. Over 177,000 illegal immigrants were apprehended by border agents in April, according to preliminary numbers, with another 42,620 aliens evading authorities.

President Joe Biden upon entering office quickly reversed or dramatically altered key Trump-era measures aimed at curbing illegal immigration, including completely undoing the program that forced asylum seekers to wait outside the country for their claims to be heard. In February, ICE announced new interim guidelines for deportations that narrowed the agency’s focus to only three priority areas: national security, border security, and public safety.

If an illegal immigrant is encountered who doesn’t fall under one of the areas, an agent must seek approval from their field office before taking any action.

Republicans and some analysts said the low April numbers should not be a surprise given the narrowing deportation criteria.

“With the Biden Administration willfully ignoring the rule of law, it’s no wonder we have a crisis at our southern border,” Rep. Debbie Lesko (R-Ariz.) wrote on Twitter.

Andrew Arthur, a resident fellow in law and policy for the Center for Immigration Studies, a research institute that looks at how immigration impacts America, said the current restrictions on ICE incentivize illegal immigration.

“As bad as the situation at the border is, interior non-enforcement is, if anything, worse. But you don’t see children crowded into makeshift detention centers under foil blankets when ICE isn’t allowed to deport criminals,” he wrote in a blog post. “The current non-enforcement rules are the reason aliens are coming, though, because they send the signal that once those aliens get into the United States, they will get to stay.”

Charlotte Cuthbertson and Samuel Allegri contributed to this report.