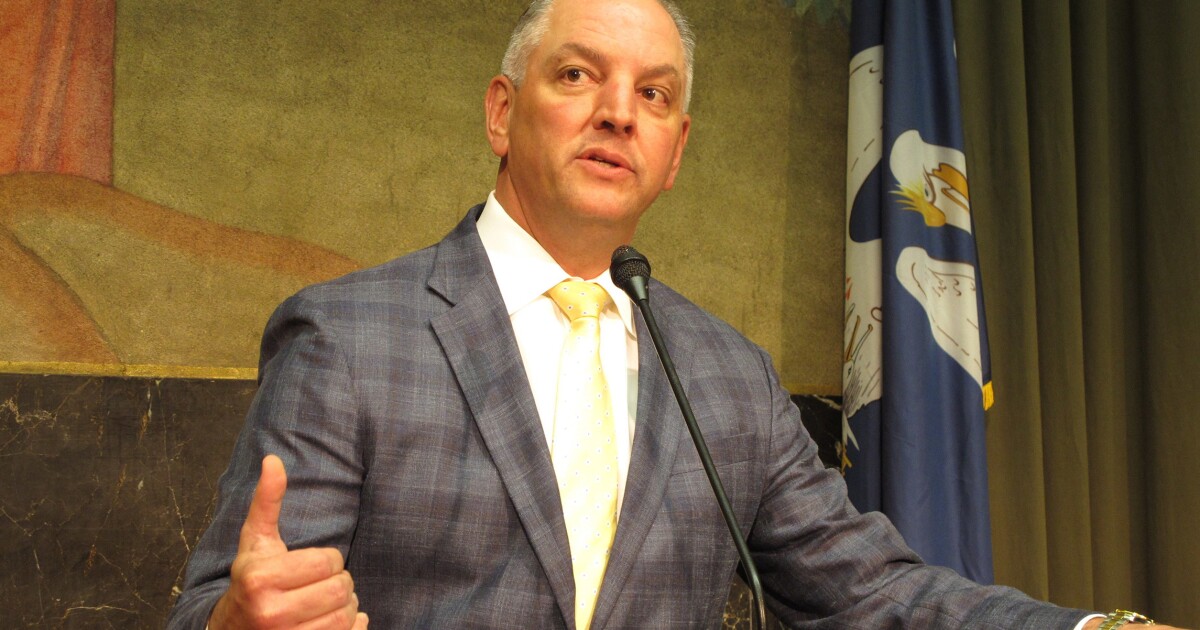 Louisiana Gov. John Bel Edwards said Wednesday he will consider opting out of federally enhanced unemployment benefits but hasn’t made a decision.

Louisiana generally has a maximum weekly unemployment benefit of $247, among the lowest in the nation. The federal government has been supplementing states’ benefits with an extra $300 a week meant to soften the impact of the pandemic-related economic downturn.

Now that COVID-19 vaccines are broadly available and life is returning to something closer to normal, a number of states, including several of Louisiana’s southern neighbors, have announced plans to give up the enhanced benefit before the scheduled end in September. Business lobbyists are asking Edwards to follow suit.

States that have made the decision are less reliant than Louisiana on tourism, a business sector that isn’t close to making a comeback, Edwards said Wednesday during his monthly radio call-in show.

“I don’t want to rush into this,” Edwards said. “We want to get an economist to take a look at this to see whether there’s a net benefit or a net cost to continuing to receive these benefits.”

A coalition of 10 business advocacy groups has sent a letter to Edwards asking him to opt out. Though the letter does not explicitly make this claim, many business owners believe the enhanced benefits discourage potential workers from seeking a job.

“We believe this additional benefit was an important short-term solution to help individuals who were adversely impacted at the start of the pandemic,” the letter read. “However, 13 months later, many employers are finding it near impossible to fully staff their business which impacts the supply chain and timely delivery of goods and services. Additionally, we would advocate to redirect available federal dollars toward incentivizing return-to-work and/or retraining initiatives for Louisianans who may have lost their jobs during the pandemic but have struggled to re-enter the workforce.”

Senate President Page Cortez asked during Tuesday’s Revenue Estimating Conference meeting whether a recent plateau seen in the state’s slow jobs recovery might be from the enhanced benefits. Manfred Dix, the top economist in state government’s executive branch, was reluctant to weigh in on the “hot-potato discussion.”

Greg Albrecht, the Louisiana Legislature’s chief economist, said the state has added back only about 45% of the 250,000-plus jobs that had been lost at the low point of the pandemic-driven downturn. However, most of the jobs recovery happened when the federal enhancement was $600, double what it is now.

“The economic literature really doesn’t support the idea that that’s a big cause of unemployment,” Albrecht said, adding that it could be a minor factor in the decline in workforce participation. “It can’t be a positive.”

President Joe Biden has disputed the idea that the enhanced benefits are to blame for sluggish hiring but has urged the U.S. Department of Labor to work with states on reinstating requirements that unemployed workers receiving benefits must search for jobs and take one if offered.

“Anyone collecting unemployment, who is offered a suitable job must take the job or lose their unemployment benefits,” Biden said, according to published reports.

Edwards suspended in April 2020 the requirement that unemployed workers must search for work in order to receive benefits. The rule was reinstated in August. Employers can report employees who refuse to return to work on the Louisiana Workforce Commission’s website.