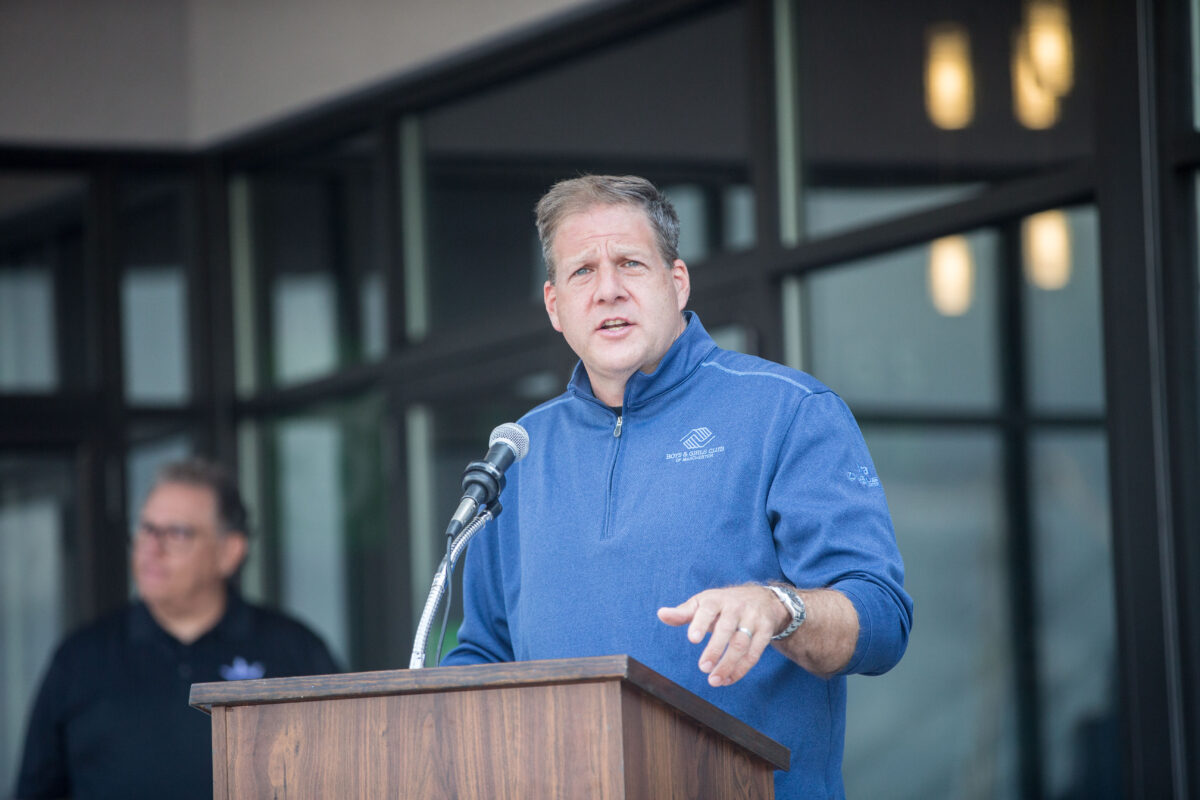 New Hampshire’s Republican Gov. Chris Sununu said May 18 that his state will soon be ending the $300 weekly federal jobless supplement that business groups and others have blamed for discouraging people from taking jobs and fueling a hiring crunch.

Sununu said that New Hampshire would be ending the federal $300 unemployment boost, along with other federal jobless programs, while rolling out an incentives program to help struggling businesses find workers.

“Today we launched our SUMMER STIPENDS program to get people back to work, and announced we’re ending our participation in federal unemployment programs,” Sununu said in a tweet. “Let’s get back to work.”

The Summer Stipends program offers $500 to $1,000 one-time bonuses for individuals who get a job that pays $25 an hour or less, and stay in that job for at least eight weeks.

Speaking at a press conference in Concord on May 18, Sununu said his state would end its participation in the federal programs on June 19, according to New Hampshire Public Radio.

“There are plenty of jobs, and we really want people to get back out there,” Sununu said, according to the outlet.

The incentive payments will come from $10 million in federal relief money and will be paid on a first-come, first-served basis until the money runs out. People who work part-time will be eligible for a $500 bonus, while full-time workers are set to receive $1,000.

Republican leaders and business groups have blamed the generous unemployment benefits for creating a disincentive for people to take jobs.

House Minority Leader Kevin McCarthy (R-Calif.) and several of his GOP colleagues recently wrote an open letter to the nation’s governors, urging them to “put America back to work” by ending the weekly pandemic unemployment boost.

In the letter—co-signed by McCarthy and Reps. Steve Scalise (R-La.), Kevin Brady (R-Texas), and Jackie Walorski (R-Ind.)—the Republicans say that they’ve heard from “countless Main Street employers who are struggling to hire the workers they need, due in large part to enhanced federal unemployment insurance benefits.”

“Unfortunately, we are now seeing the negative consequences of these misaligned economic incentives,” McCarthy and his colleagues wrote. “An estimated 40 percent of the unemployed now earn more staying at home than working, causing severe labor shortages across the country” and impacting a number of industries.

A recent report from the National Federation of Independent Business (NFIB)—the largest small-business lobby group in the United States—found that a record number of small businesses couldn’t find enough workers to hire in April, even as the number of job openings in the U.S. economy surged to 8.1 million in March, the highest number in the history of the Labor Department’s reporting on the statistic.

The U.S. Chamber of Commerce has also called for an early end to the federal jobless supplement, issuing a statement to that effect after a lackluster jobs report several weeks ago showed a sharp slowdown in hiring, even as job openings hit a record high in March.

“The disappointing jobs report makes it clear that paying people not to work is dampening what should be a stronger jobs market,” U.S. Chamber of Commerce Chief Policy Officer Neil Bradley said in a May 7 statement. “One step policymakers should take now is ending the $300 weekly supplemental unemployment benefit. Based on the Chamber’s analysis, the $300 benefit results in approximately one in four recipients taking home more in unemployment than they earned working.”

Following the release of the jobs report, Biden sought to fend off claims that the enhanced unemployment boost was creating a disincentive for people to take jobs and thus driving the sharp slowdown in April hiring.

Biden was asked at a May 7 press conference whether the federal $300 weekly jobless benefits had any effect on diminishing a return to work.

“No, nothing measurable,” Biden said.

During a White House briefing on May 10, Biden said his administration would work with states on renewing requirements preventing workers from continuing to collect federal jobless benefits if they turn down “suitable” jobs offered to them.