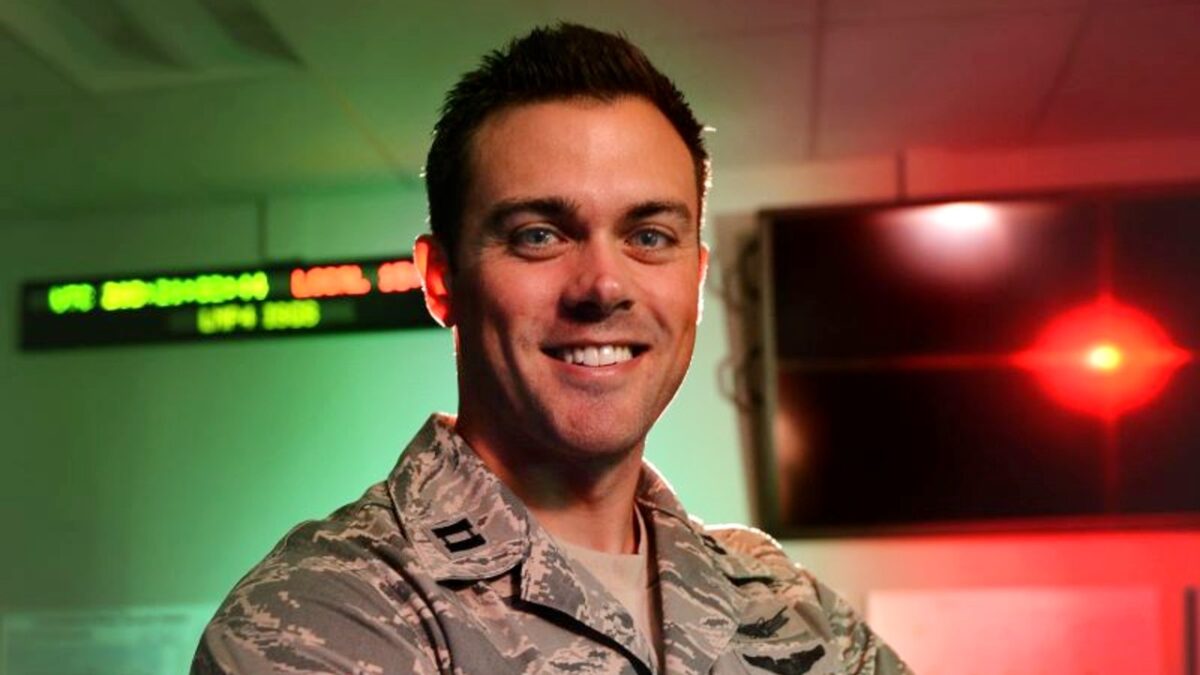 A group of Republican lawmakers on Wednesday sent a letter to the acting secretary of the U.S. Space Force, urging him to immediately reinstate a lieutenant colonel who was relieved of his command after publishing a book that warned of the spread of Marxism and critical race theory (CRT) in the military.

Lt. Col. Matthew Lohmeier, a former instructor and fighter pilot, was relieved as commander of the 11th Space Warning Squadron “due to loss of trust and confidence in his ability to lead,” the Space Force said over the weekend.

It came after he took part in podcasts to discuss his self-published book, titled “Irresistible Revolution: Marxism’s Goal of Conquest & the Unmaking of the American Military,” that warns against the spread of Marxism and CRT in the military.

During an appearance on the podcast “Information Operation,” he criticized Defense Secretary Lloyd Austin’s agenda. The department deemed Lohmeier’s comments to be “partisan political activity.”

In their letter (pdf), the two dozen Republicans expressed their alarm over the decision to relieve Lohmeier. They said it appears to reflect the development of an “increasingly politicized environment” in the Department of Defense, which has now manifested in the Space Force.

The lawmakers criticized the use of euphemisms such as “diversity training” in describing CRT. Such terms, they said, are “grotesque distortions of reality.”

CRT has gradually proliferated in recent decades through academia, government structures, school systems, and the corporate world. It redefines human history as a struggle between the “oppressors” (white people) and the “oppressed” (everybody else), similar to Marxism’s reduction of history to a struggle between the “bourgeois” and the “proletariat.” It labels institutions that emerged in majority-white societies as racist and “white supremacist.”

Like Marxism, it advocates for the destruction of institutions, such as the Western justice system, free-market economy, and orthodox religions, while demanding that they be replaced with institutions compliant with the CRT ideology.

Proponents of CRT have argued that the theory is merely “demonstrating how pervasive systemic racism truly is.”

“Those leaders who are complicit with this poisonous philosophy which promotes racial essentialism and collective guilt in our beloved military will be judged by history accordingly,” the lawmakers wrote. “Promoting critical race theory will disrupt the good order and discipline in the Space Force and eviscerate our nation’s ability to attract patriotic talent to serve in uniform and fight our wars.

Signatory Rep. Doug Lamborn (R-Colo.) said in a statement that the military should focus on threats to U.S. national security and “not pandering to one political ideology.”

“I can’t imagine a better way to weaken ourselves in the midst of a great-power competition with China and Russia,” he added. “Lieutenant Colonel Lohmeier listened to the Secretary of Defense and stood up against extremism on the left. He should be praised for his courage.”

Space Force officials didn’t immediately respond to a request by The Epoch Times for comment.

Petr Svab contributed to this report.