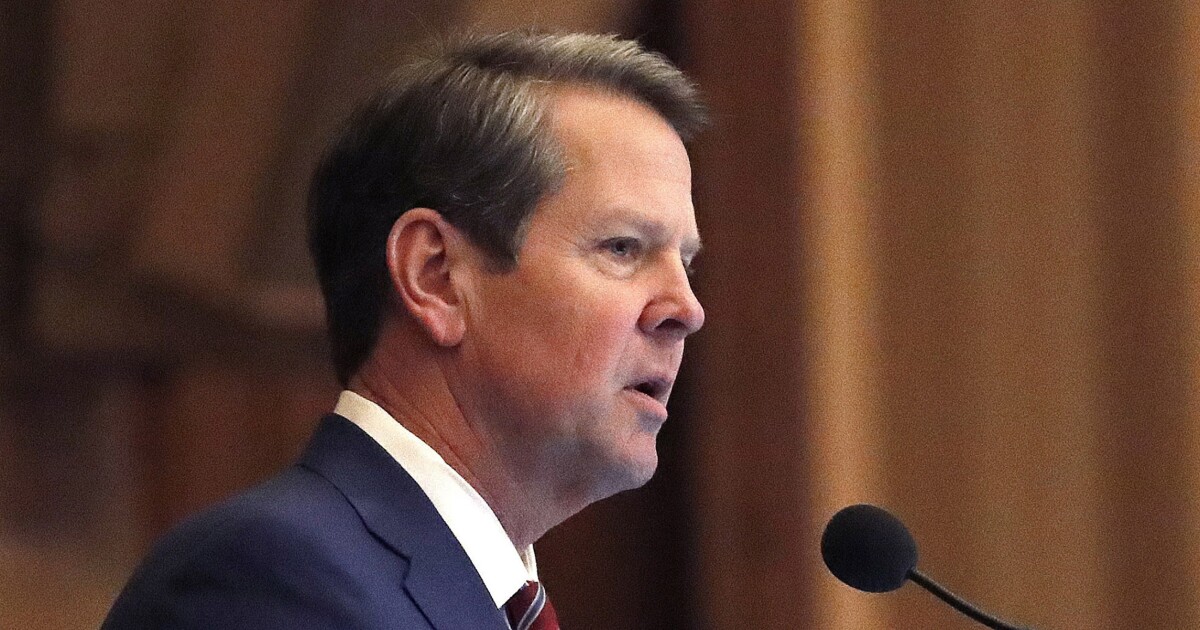 Gov. Brian Kemp signed a bill Friday that bans counties and municipalities in Georgia from reducing their police department budgets by more than 5% in absence of revenue loss.

Legislative Republicans who pushed House Bill 286 said it was a response to local efforts to “defund the police” after the Minneapolis police killing of George Floyd, an unarmed Black man. Floyd's death made national headlines and sparked international protests. Republicans have filed similar bills in other states.

“This legislation will keep our communities and families safe across Georgia,” House Speaker Pro Tempore Jan Jones, R-Milton, tweeted Friday. “Public safety is critical to the success and future of our state, and I’m pleased to see Georgia take proactive measures to keep our residents safe and secure.”

State and local governments spend about $4.8 billion a year on police and corrections, according to the Georgia Budget and Policy Institute. Atlanta and Athens-Clarke County have considered proposals to reduce funding for their police departments but have not moved forward with cuts.

Governments that seek assistance from other law enforcement agencies or have been ordered by a court to modify public services would be exempt from the policy. Any local government that moves forward with a budget cut more than 5% would have to advertise the budget hearing. The exemptions, however, do not apply to law enforcement agencies with fewer than 25 full-time or part-time officers.

Mueller said the measure applies to only 13 of the state's 159 counties with police departments, but none of those counties have indicated they will cut police funding. He said it sets a dangerous precedent for the state to control how local governments manage their budgets.

“With opening that door, and this being the first, others may follow in future years,” Mueller said. “Because now that the precedent has been set, they can point back to this law and say, ‘We're just doing what we did there. This time we're restricting different areas of your budget. Maybe we don't want you to reduce funding for your roads, or maybe we don't want you to raise funding for some other service.' ”

HB 286 also requires the state government and local governments to provide insurance to law enforcement employees to ensure protection from civil or other legal action caused by their roles.