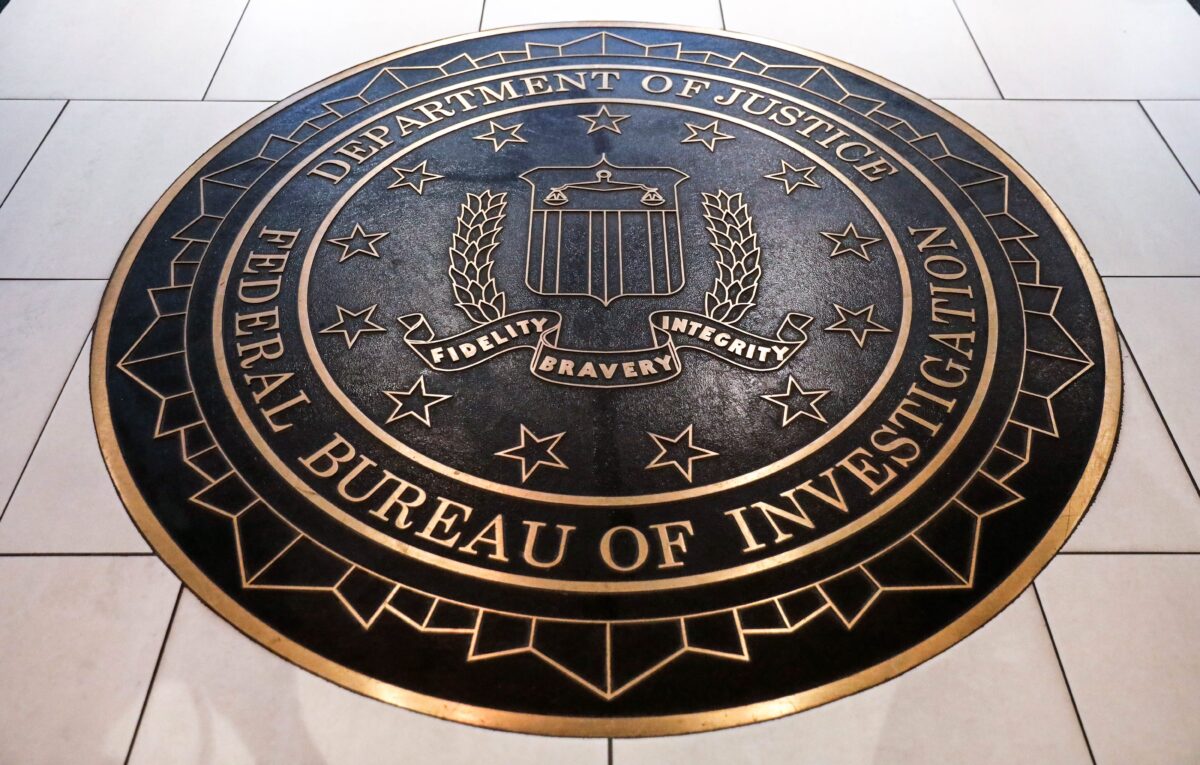 Judicial Watch is suing the Department of Justice (DOJ) for records of communications between the FBI and major banks that gave officials data on financial transactions on Jan. 5 and 6 by suspects linked to the Jan. 6 incursion on Capitol Hill.

The Washington, D.C.-based government watchdog filed its suit after the FBI failed to respond as required by federal law to the group’s Feb. 10, 2021, Freedom of Information Act (FOIA) request for: “All records of communication between the FBI and any financial institution, including but not limited to Bank of America, Citibank, Chase Manhattan Bank, Discover, and/or American Express, in which the FBI sought transaction data for those financial institutions’ debit and credit card account holders who made purchases in Washington, DC, Maryland and/or Virginia on January 5, 2021, and/or January 6, 2021.”

The law enforcement agency’s request, according to Judicial Watch, to the financial institutions was in connection with the federal investigation of the event on Jan. 6 that saw hundreds of protesters enter the U.S. Capitol to protest the November 2020 presidential election’s outcome and vote-counting.

The government has thus far arrested more than 500 individuals and charged them with multiple serious crimes allegedly committed during the mayhem that occurred outside on the Capitol grounds and inside the Capitol itself, including on the floors of the Senate and House of Representatives, the Capitol Rotunda, and numerous offices, including that of Speaker of the House Nancy Pelosi (D-Calif.).

Lawyers representing more than a dozen of those arrested and detained since the riot have recently told Epoch TV and The Epoch Times that many of their clients are being held unjustly in solitary confinement, as well as being denied access to private conversations with their attorneys, needed health care, and adequate sanitary conditions.

Earlier this year, Fox News evening opinion host Tucker Carlson claimed that “Bank of America, the second-largest bank in the country with more than 60 million customers, is actively but secretly engaged in the hunt for extremists in cooperation with the government.

“Bank of America is, without the knowledge or the consent of its customers, sharing private information with federal law enforcement agencies. Bank of America effectively is acting as an intelligence agency, but they’re not telling you about it.”

Judicial Watch said Tuesday in a statement announcing its suit against DOJ that the FBI asked the financial institutions for the data and information on all customers who fit the following profile:

Judicial Watch President Tom Fitton said in the statement that his group is seeking “the details on what looks to be an unprecedented abuse of the financial privacy of countless innocent Americans by big banks and the FBI. The FBI’s stonewalling and non-denial denial of our request speak volumes.”

The federal court overseeing the lawsuit ordered the FBI and DOJ on June 8 to respond substantively to Judicial Watch’s request within 30 days.

But the FBI responded to Judicial Watch’s request on June 17 by stating that the group’s FOIA request was “too broad” and asked for “further clarification and/or narrowing” of the request.

In response, on June 24, Judicial Watch provided the FBI with a news article detailing Bank of America’s handing over transaction records to the FBI of people in the Washington, D.C. region around the date of Jan. 6.

At that point, the FBI acknowledged the news article as narrowing Judicial Watch’s FOIA request, but then added that “it is the FBI’s policy to neither confirm nor deny the existence of any records which would disclose the existence or non-existence of non-public law enforcement techniques, procedures, and/or guidelines. The acknowledgment that any such records exist or do not exist could reasonably be expected to risk circumvention of law.”