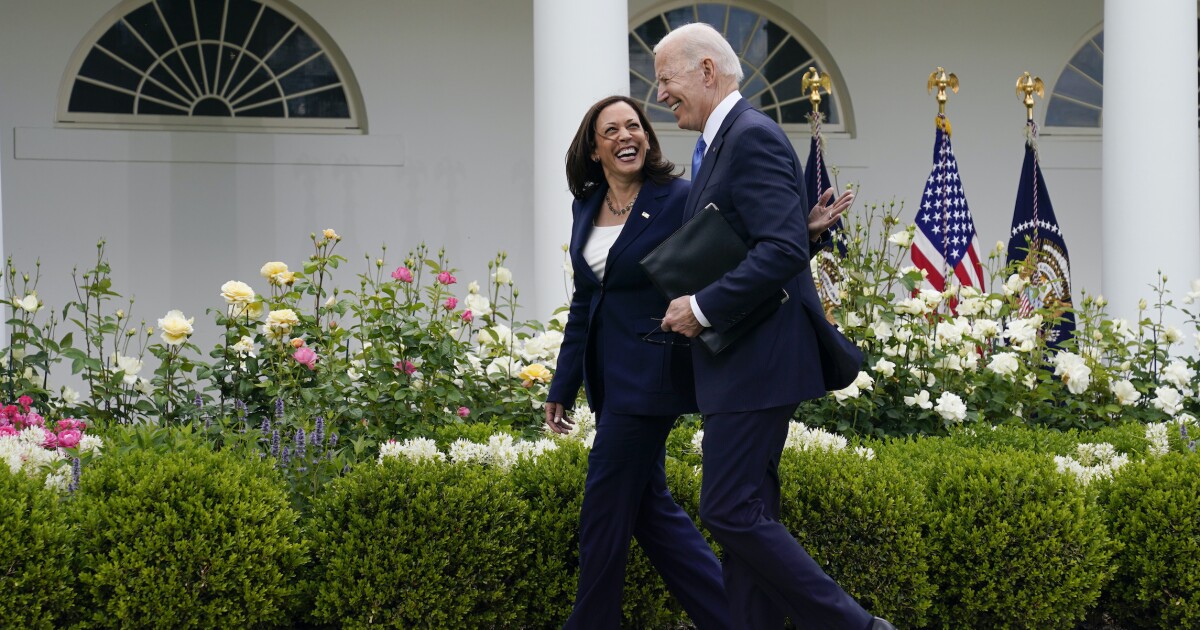 The past week, President Joe Biden has had to contend with crises both at home and abroad. At home, the Colonial Pipeline was crippled by a ransomware attack, crippling gasoline supply on the East Coast. Abroad, he has had to respond to an escalation in violence between Israel and Hamas, walking the always delicate tightrope of the Middle East. He delivered good news toward the end of the week, with the Centers for Disease Control and Prevention stating vaccinated people no longer need to wear masks. And his Republican rivals, meanwhile, finally dispatched of Trump foe Liz Cheney from a leadership position. Here are the quotes of the week.

“It's a great milestone, a great day.”
— Biden on the CDC guidance stating vaccinated people no longer need to wear masks

“It's not an enforcement thing. We're not going to go out and arrest people.”
— Biden to a reporter when asked how his administration would react to unvaccinated people also ditching their masks

“One of the things that I have seen thus far is that there has not been a significant overreaction.”
— Biden on the clashes between Israeli forces and Hamas, defending the Netanyahu government

“It's a work in progress right now.”
— Biden on efforts to de-escalate the Middle East conflict

“My expectation and hope is that this will be closing down sooner than later. But Israel has a right to defend itself when you have thousands of rockets flying into your territory.”
— Biden said Wednesday on Israel, prompting anger from the left wing of his party.

“This is happening on our dime. President Biden needs to step in and de-escalate to stop the carnage.”
— Rep. Ilhan Omar, a Minnesota Democrat, demanded Biden intervene to stop Israeli airstrikes in the Gaza Strip

“There is an incentive built into the current Israeli political landscape that Netanyahu benefits by being strong. There's incentive for Netanyahu to continue fighting back.”
— A Senate Republican aide on Israeli Prime Minister Benjamin Netanyahu, who was on the verge of losing power before the violence

“There are wild claims. Just pick up the Washington Post every day. They seem to make them, through anecdotes, that somehow our U.S. military is a hotbed of extremists, racists at very high levels.”
–Alaska GOP Sen. Dan Sullivan on charges of white supremacy within the military’s ranks following the Jan. 6 Capitol riot

“About gas prices … they shoot up like a rocket or like fireworks, and they come back down as slowly as a feather.”
— John Townsend, manager of public and government affairs for AAA Mid-Atlantic, speaking to the Washington Examiner about gas prices in the wake of the Colonial Pipeline ransomware hack

“There should be no cause for hoarding gasoline … It's not that we have a gasoline shortage. We have this supply crunch. Things will be back to normal soon.”
— Energy Secretary Jennifer Granholm at the White House press briefing in the wake of the Colonial hack

“We're looking at the longest windup for a punch in the history of the world … We keep getting these wake-up calls, and we're not waking up.”
— Sen. Angus King, co-chairman of the Cyberspace Solarium Commission, on the ransomware attack that shut down the Colonial Pipeline

“I will do everything I can to ensure the former president never again gets anywhere near the Oval Office.”
— Rep. Liz Cheney of Wyoming after Republicans stripped her from her role as conference chairwoman, the third-highest GOP leadership position

“For two years, at least, we will not ask for one additional dollar.”
— Marine Corps Commandant Gen. David Berger, expressing his willingness to live with flat defense budgets for the first two years of the Biden administration, speaking at the McAleese Defense Programs Conference