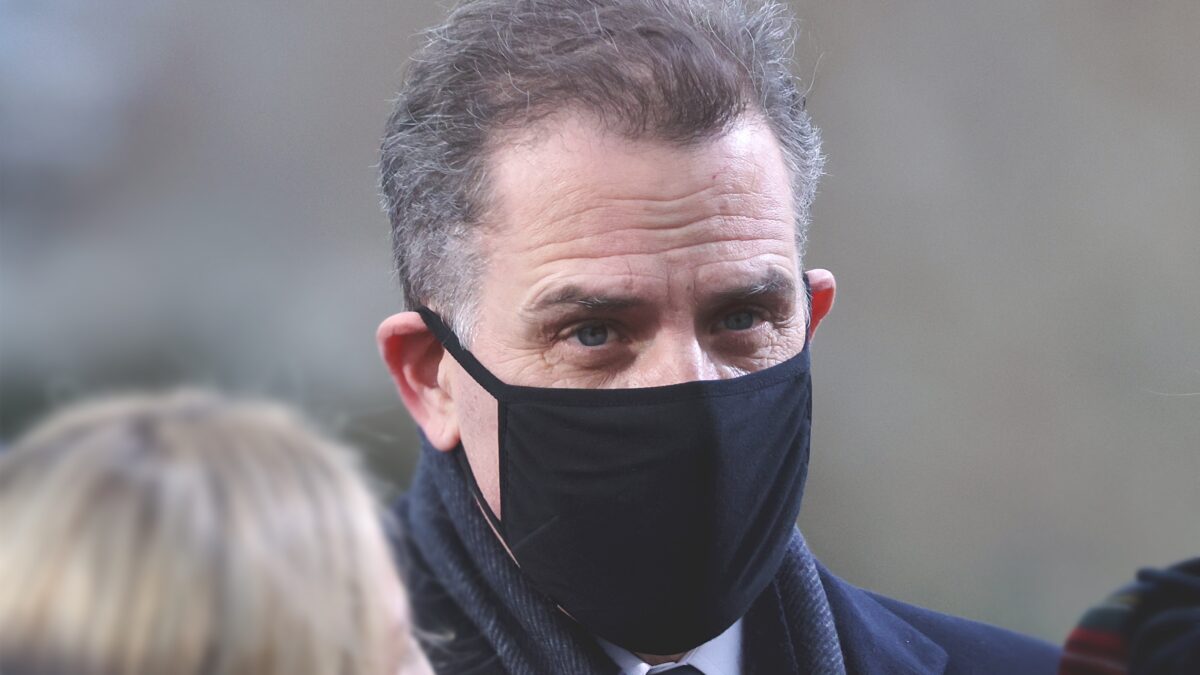 The White House is alleging an arrangement it helped craft for purchases of artwork produced by President Joe Biden’s son is an example of the administration’s high ethical standards, though the arrangement has drawn criticism from some ethics experts.

The arrangement will reportedly see Georges Bergès, who owns a New York art gallery, vet buyers who want to buy Hunter Biden’s pieces. Bergès will be able to turn down any offer he thinks is suspicious.

Hunter Biden, 51, and Biden administration officials, meanwhile, will not know the identity of any of the buyers.

The White House, which did not respond to requests for comment, appeared to confirm the setup.

“The president has established the highest ethical standards of any administration in American history, and his family’s commitment to rigorous processes like this is a prime example,” Andrew Bates, a White House spokesman, told news outlets in a statement.

Hunter Biden’s lawyer did not return an email or voicemail. A woman who answered the phone at Bergès’ gallery told The Epoch Times, “I am not able to give out any information on that right now.” The gallery did not respond to an email. It’s not clear when the pieces will begin to be sold.

A profile of the artist on the gallery’s webpage described Hunter Biden as “a lawyer by trade who now devotes his life to the creative arts.” It does not mention the president.

Some ethics experts expressed concern about the arrangement.

“We do not think this arrangement is adequate. It’s really a self-enforced blind trust that is outsourced to an art dealer,” Danielle Brian, executive director at the Project On Government Oversight, a government watchdog, told The Epoch Times via email.

“If there was no way the president could stop his son from obviously trying to trade on his last name while his father is president, then the reverse arrangement should have happened. The White House should have required complete transparency so that they, and all of us, could be assured the buyers do not get preferential treatment,” she added.

But other ethics experts said they found little to take issue with as of now.

“The basic presumption is adult kids are able to make a living … as long as a reasonable amount of distance is maintained from the White House,” Norm Eisen, former President Barack Obama’s onetime “ethics czar,” told The Washington Post, which first reported the arrangement.

“That means things like the White House should not be promoting the art show, which as far as I know they’re not doing,” he said.

The Treasury Department warned last year that high-value artwork transactions could enable foreigners blocked from the U.S. market and financial system to access them. Foreigners or Americans could conceivably buy Hunter Biden’s art as an attempt to curry favor with the Biden administration.

Hunter Biden, the president’s sole surviving son, has been embroiled in controversy for years, particularly for his business dealings while his father was vice president. Hunter Biden made $50,000 a month to be a board member for Ukraine-based Burisma while his father was charged by Obama with helping improve the country’s governmental practices, and was doing business with China-based firms when he traveled with his father on an official trip to the country in 2013.

Sens. Chuck Grassley (R-Iowa) and Ron Johnson (R-Wis.) have called Hunter Biden’s financial transactions with Russia and China “questionable” and released a report and a supplement that cited records showing links between the Biden family and the governments of the countries. The links “created counterintelligence and extortion concerns,” the lawmakers said last year.

Hunter Biden is under investigation by the U.S. Attorney’s Office in Delaware. The probe is centered on possible tax fraud, according to the younger Biden, who has said he’s “cooperating completely” with investigators. President Biden and administration officials have said they will not interfere in the probe.

Hunter Biden told an art publication, Artnet News, last month that “My dad loves everything that I do,” adding, “I’ll leave it at that.”

Bergès told the art website that Hunter Biden’s pieces would sell for as little as $75,000 and as high as $500,000, depending on the artwork.