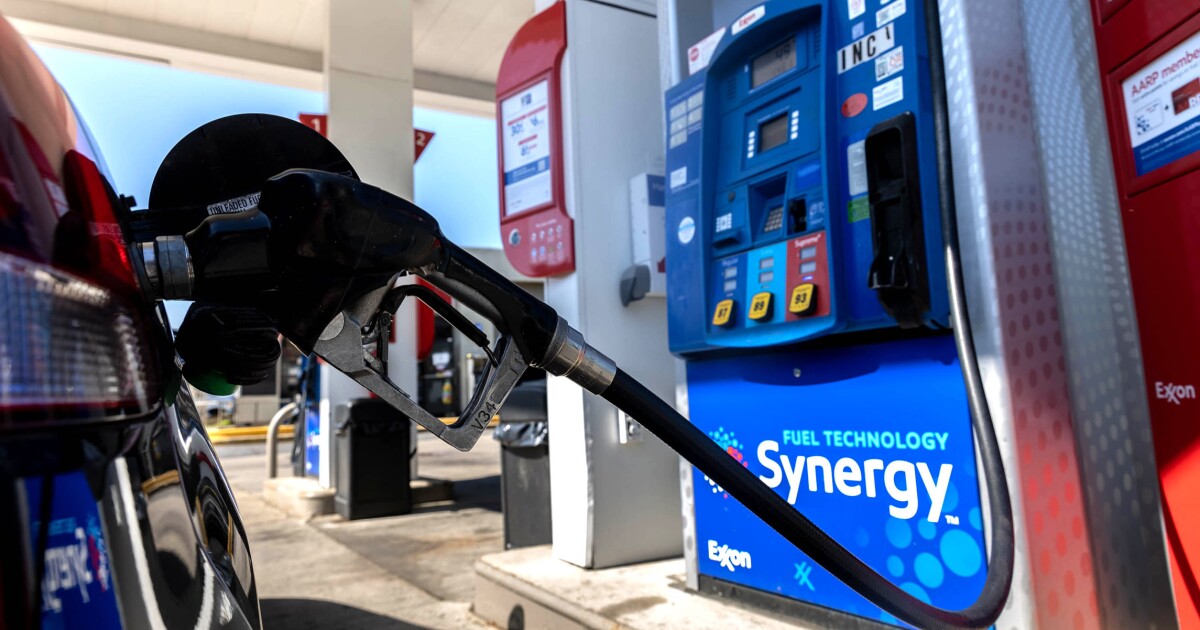 While President Joe Biden touts the economic growth seen since he was sworn in, higher gas prices threaten the economy and his popularity.

As of Wednesday, the average domestic gas price sat at $3.14, the highest level since October 2014 and markedly higher than the $2.18 they were a year ago. The high prices have the potential to cause consumers, especially those who have begun returning to the office, some pain but also could be used by Republicans as a political weapon.

The soaring gas prices are not Biden’s fault. They are the combination of several factors, including rising demand as people begin to travel more and, recently, the failure of a group of oil-rich nations known as OPEC+ to reach an agreement to boost output.

“You can’t really place the blame of the swing itself on the president who is in power. These are largely market forces that aren’t immediately impacted by any one administration,” Joel Griffith, a research fellow at the Heritage Foundation, told the Washington Examiner.

Republicans are on the attack. House Minority Leader Kevin McCarthy on Wednesday slammed Biden and pointed out how long it has been since the price at the pump was this high.

“Americans are paying more in Biden’s America. The cost of gasoline has surged to the highest price since 2014, a time when Biden was last serving in office,” the California Republican said. “President Biden’s disastrous energy policies have decimated American energy independence and increased costs for the American people.”

It is likely that if gas prices persist, Republicans will use them as a cudgel and to undercut positive economic news while the administration is in office. Chris Haynes, an associate professor of political science and national security at the University of New Haven, said that it would be in the GOP’s “strategic interest” to do so.

Haynes also said that based on recent research, increases in gas prices in the immediate term seem to have a negative impact on presidential approval ratings. He explained that if the reverse happens and gas prices start to fall, the opposite might occur and Biden’s approval rating could see a bump.

“It really depends on how long these gas prices actually keep inching up and up and whether or not they come back down before the midterm election and before his presidential election,” he said.

He told the Washington Examiner that higher gas prices could eat into Biden’s influence with Congress while he tries to pass his agenda, which features two large spending packages — an infrastructure plan and a families proposal.

Given the equally divided Senate, centrist lawmakers such as Democratic Sen. Joe Manchin of West Virginia and GOP Sen. Lisa Murkowski of Alaska are key to converting some of Biden’s plans into reality. Haynes said that the more Republicans can erode Biden’s influence among centrists in a sharply divided Congress, the more difficult it will be to get his agenda passed.

“They don’t want to work with an unpopular president,” he said.

Another concern for Biden and Democrats is the impact higher prices could have on next year’s midterm elections. The party not in power typically has an advantage, or at least a boost, from being in opposition. If gas prices remain high or move upward, it could weaken Democrats’ tenuous grip on both chambers.

Yet the impact would come in the very immediate term, so high prices right now wouldn’t have much of a bearing at all, but if fuel costs are elevated in the summer or fall of next year, there is the potential for a political fallout.

Griffith said that he doesn’t think Biden’s approval will be substantially affected by the higher prices because people are used to wild gas price swings, but he does think they pose risks to the economy under the administration.

“People are really feeling the impact of these price surges,” he said, pointing out that from pandemic lows, some places have seen prices nearly double. “Even just looking at right before the shutdowns in February of last year to now, people are paying 20% more at the pump, and that adds up.”

Griffith said that for a family with two vehicles and both people working, the 20% bump equates to an extra $500 per year. He highlighted that the Biden administration was panned for a recent social media post claiming that a Fourth of July cookout is down 16 cents from last year.

“It’s almost laughable because this is a very real expense to consumers,” Griffith quipped.

He said that more so than in the short term, the president’s longer-term impact on the future of U.S. energy is concerning. He said Biden’s policies have “been trying to put a cap” on what the country is able to produce in terms of fossil fuels.

Griffith noted the administration’s opposition to the Keystone XL pipeline, restrictions on energy development on federal land, and other regulations. He also said that if something akin to the Green New Deal begins to take shape, it could have a serious effect on the markets.

But how high could gas prices go? Griffith said there are so many factors, it would be hard to make predictions.

“You have many competing factions within OPEC with the countries, obviously each country has an incentive to actually produce more than their quota allows,” Griffith said.

Some have hazarded a guess, though. PRICE Futures Group senior analyst Phil Flynn told Fox Business this week that OPEC+ infighting between Saudi Arabia and the United Arab Emirates over production levels could send gas prices bounding to “$3.50 or $4 a gallon.”

“If we don't get the production from OPEC, it could mean the [oil] prices are going to go sharply higher,” Flynn cautioned.

The countries were meeting to discuss a deal to increase output, but talks were abandoned earlier this week when the UAE refused to agree.