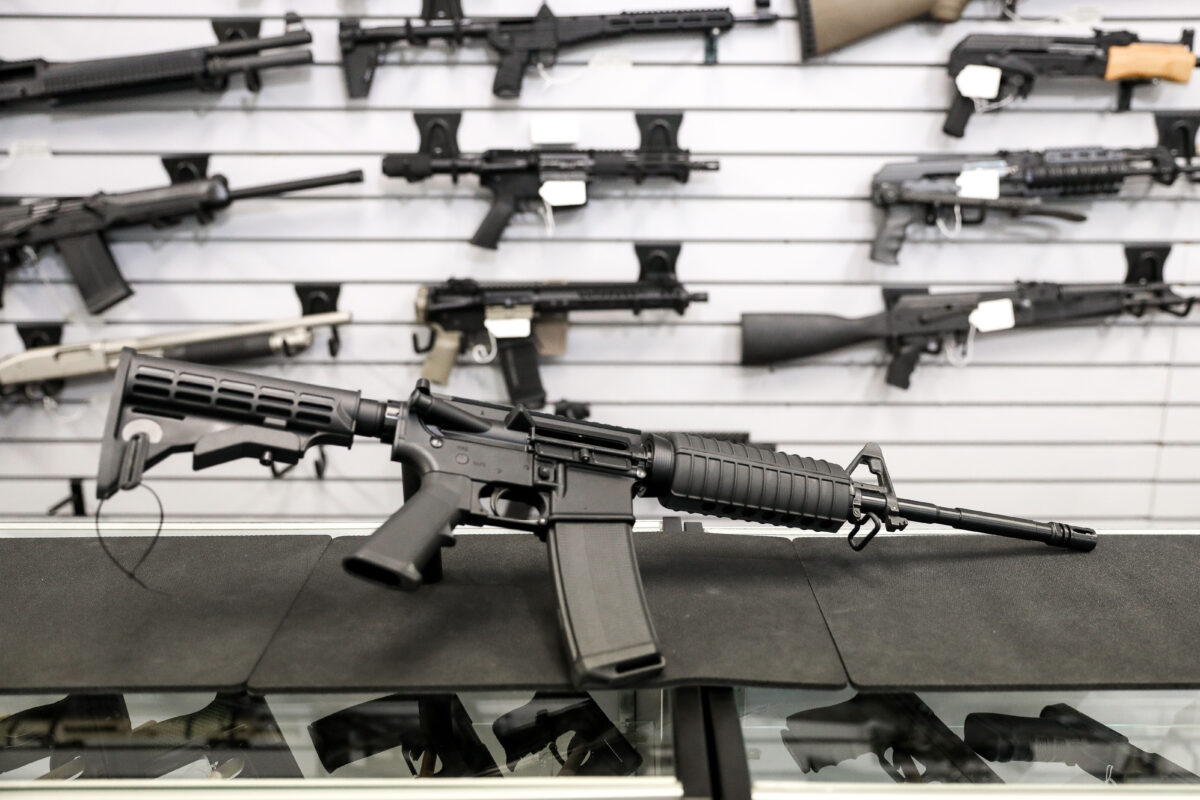 Gun background checks are set to outpace last year’s record of nearly 40 million, with FBI figures showing that in the first half of 2021, they’re at around 56 percent of what they were for all of 2020.

In the six months through June 2021, federal authorities conducted 22.2 million background checks, compared to 19.2 million by the same point last year, according to the FBI’s monthly NICS firearm check data.

Last year’s record-breaking surge in background checks continued into this year, with every month so far in 2021 except June seeing a larger number of filings than the comparable months last year. June is the first month in 2021 that saw fewer checks than the same month last year, with 3.1 million filings compared to 3.9 million in June 2020.

The data comes as Congress has failed to pass major legislation that would restrict gun ownership despite a Democrat majority in both chambers and President Joe Biden’s push for tighter restrictions on firearms. In March, the House approved two bills that seek to expand background checks and lengthen the review period for checks from three days to up to 20, but the measures face an uphill battle in the Senate.

Mark Olivia, a spokesperson for the National Shooting Sports Foundation, told The Epoch Times in an April interview that the push for gun ownership restrictions was propelling Americans to buy more guns.

“I think as long as you continue to see these misguided calls for gun control to chip away the rights of law abiding citizens and not look at legislation that’s going to keep firearms out of the hands of criminals, firearms in the hands of those who are adjudicated mentally defective, you’re going to continue to see Americans go out and exercise their right before that right is seized from them by their government,” Olivia said.

Meanwhile, a recent analysis showed that more than three-fifths of all U.S. counties are now so-called “Second Amendment sanctuaries” after a number of states this year passed legislation to that effect.

The website, Sanctuary Counties, found on June 20 that there are now 1,930 counties that are “protected by Second Amendment Sanctuary legislation at either the state or county level,” representing 61 percent of all counties.

In a statement to The Epoch Times, a spokesperson for the Sanctuary Counties movement said that a “Second Amendment Sanctuary … refers to a state / county / city or other municipality expressing their support for the Second Amendment and … many cases vowing not to enforce new / unconstitutional gun laws.”

Democrats and gun-control organizations have typically opposed such legislation, saying it would increase the number of mass shootings and provide easier access to firearms for individuals who shouldn’t be able to own them.

Jack Phillips and Zachary Stieber contributed to this report.