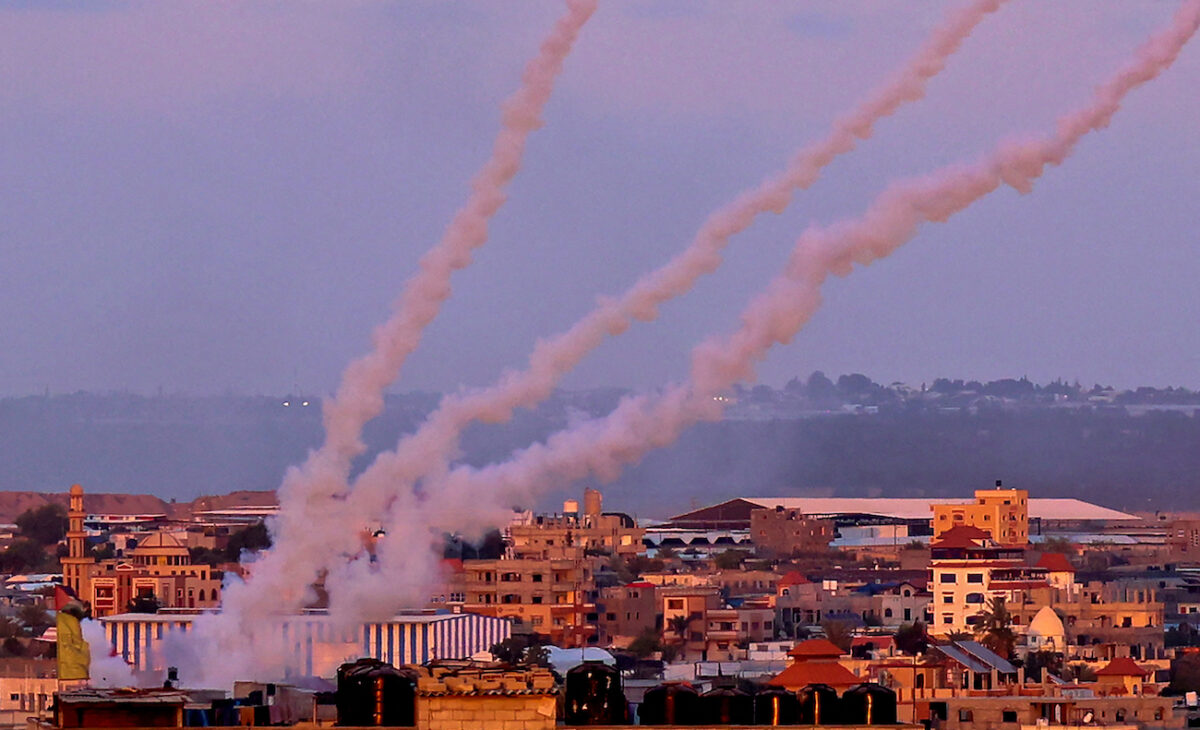 A group of 19 Republican senators introduced a resolution on Monday to reaffirm the United States’ support for Israel and its right to defend itself against terrorist attacks, amid ongoing rocket attacks from Hamas that shows few signs of abating.

The resolution (pdf), led by Sen. Rick Scott (R-Fla.), also condemns the current attacks against Israel by Hamas, an Iran-backed and funded terrorist organization that seized power of Gaza in 2007.

The resolution is set to be introduced in Congress this week. In the resolution, the U.S. Senate “opposes the escalating and indiscriminate rocket attacks by Hamas against Israel” and “mourns the loss of innocent life caused by Hamas’s rocket attacks.” The Senate also “urges continued and steadfast support for Israel” and “reaffirms its strong support for Israel’s right to peace and security.”

Scott said in a statement that the people of Israel have for decades endured “unyielding attacks from terrorist groups” such as Hamas and that the United States must be “stronger than ever” in its resolve to stand with Israel after Hamas and other groups fired more than 3,000 rockets at the country.

“I want to be clear: no country, certainly not the United States, would tolerate attacks like these and not take whatever action is necessary to end them,” he said. “As our great ally and the only shining example of democracy in the Middle East, Israel deserves our full support.”

“Let’s remember what we are witnessing: these are terrorists ruthlessly attacking an ally. Defense of these terrorists is unthinkable. Acts of aggression toward Israel will never be tolerated. … It’s time for President Biden to stop cowering to the anti-Israel radical left and remind these terrorists and the world of the United States’ strong and unwavering support of the Israeli people,” he added.

President Joe Biden on Monday expressed his support for a ceasefire and discussed with Israeli Prime Minister Benjamin Netanyahu U.S. communications with Egypt and other partners toward that goal. His comments came after 28 Senate Democrats led by Sen. Jon Ossoff (D-Ga.) issued a joint statement on Sunday urging for “an immediate ceasefire agreement.”

Sen. Tom Cotton (R-Ark.), a co-signatory of the GOP resolution, said in a statement Monday: “Israel is our strongest ally. President Biden should unapologetically reaffirm U.S. support of Israel and its right to defend itself. The left’s moralistic calls for a ceasefire are little more than a propaganda win for Hamas.”

Biden’s statement contradicts U.S. actions on Sunday to block a joint statement from the 15-nation U.N. Security Council calling for a ceasefire and condemnation of Israel’s military response to being attacked—a stance backed by the Chinese Communist Party. The United States had also twice over the past week blocked similar resolutions.

The conflict was triggered by a riot on May 10, when Palestinian rioters and Israeli police clashed in and around the Masjid al-Aqsa Mosque—a compound revered by Jews as the Temple Mount and by Muslims as the Noble Sanctuary. The riot also coincided with a planned Jewish nationalist march in honor of the annual Jerusalem Day and the Muslim fasting month of Ramadan.

Israeli police on May 10 fired teargas and stun grenades into the area surrounding the mosque to disperse the unruly rioters as innocent people fled the area, video showed. Hamas that day demanded that Israel remove its police from the area by 6 p.m. local time. Minutes after 6 p.m., the terrorist group fired more than 150 rockets into Israel, triggering the IDF to counter the attacks with airstrikes toward terrorist targets in the Gaza Strip.

At least 212 Palestinians have been killed, including 61 children and 36 women, with more than 1,400 people wounded, the Gaza Health Ministry said. The IDF noted that about 450 rockets launched by Hamas misfired and exploded inside Gaza. Meanwhile, 10 people in Israel, including a five-year-old boy and a soldier, have also been killed by Hamas’s ongoing rocket attacks launched toward civilian areas in Israel.

In response to the rocket attacks from Gaza, the Israeli military has carried out more than 820 strikes against what it identified as military targets belonging to Hamas and the Islamic Jihad terrorist groups, including training facilities, tunnel networks, weapons factories and storage areas, intelligence headquarters, offices, and homes of the terror operatives. According to the IDF, more than 130 terrorists, including senior terrorist commanders, have been killed.

Sen. Ted Cruz (R-Texas), who joined in the resolution on Monday, stated: “Israel has not just the right but the obligation to defend its citizens and its territory against the Iran-backed Palestinian terrorists who are attacking its citizens and using civilians in Gaza, including journalists, as human shields.

“The United States must make it clear that it stands shoulder-to-shoulder with Israel, and the Biden administration has no place pressuring Israel to use restraint or equivocating Israel and Hamas. I am proud to join Sen. Scott on this resolution to ensure Congress is clear about our support of the State of Israel as they defend their people and their sovereignty.”