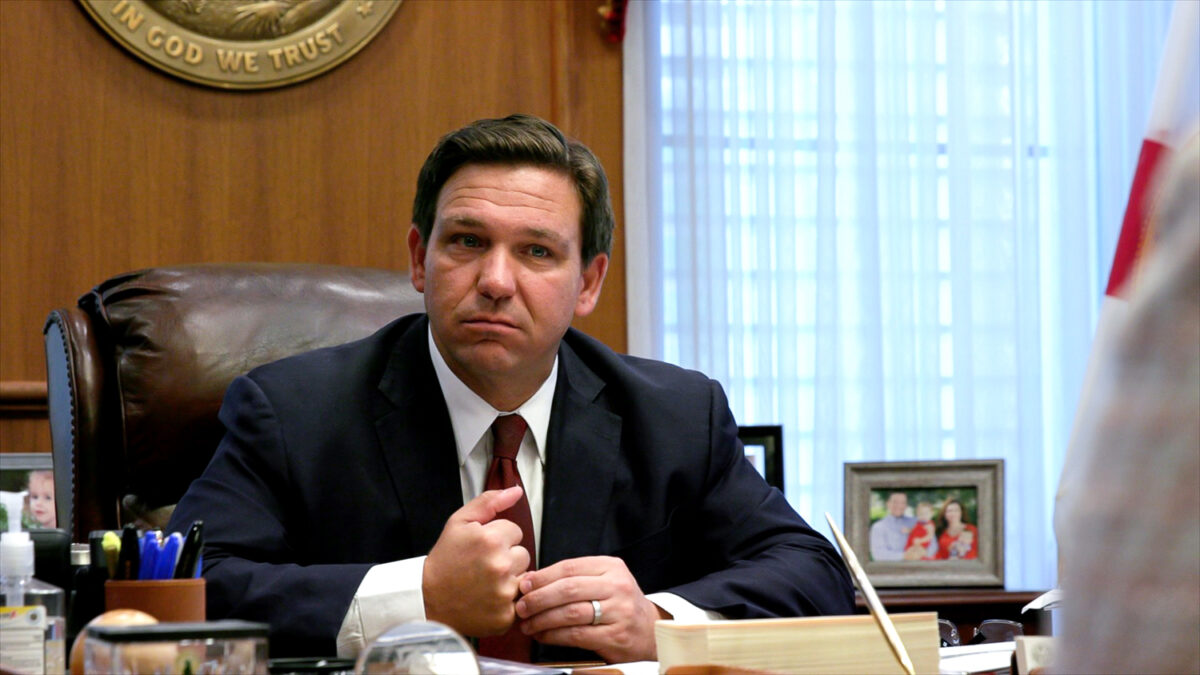 Florida Gov. Ron DeSantis pledged to pardon any resident who was arrested for not following COVID-19 restrictions.

“Floridians should not be penalized for rejecting the overreach of local authorities through unnecessary mask mandates,” DeSantis wrote on Twitter Thursday.

He linked to a Fox News video of him appearing alongside a Broward County, Florida, couple—Mike and Jillian Carnevale—who were arrested several times for not requiring masks in their gym.

“As soon as I heard that Mike and Jillian Carnevale were facing criminal penalties, like possible jail time, for not requiring masks at their gym I stepped in to shield them from this local government overreach,” DeSantis, a Republican, added in a subsequent tweet.

Mike and Jillian Carnevale were facing possible jail time for allegedly not enforcing mask orders. They both appeared in front of a judge in March and had a trial set for May 18.

But DeSantis on Thursday said on Fox News that their arrests were “total overreach” on behalf of the local government, adding, “When our clemency board meets in the coming weeks, we’ll issue pardons not only for Mike and Jillian but for any Floridian that may have outstanding infractions for things like masks and social distancing.”

“The fact is it’s not even right to be wearing masks when you’re exercising,” DeSantis said. “The World Health Organization advises against it. It’s not healthy for people to be doing that in the first place. So it was a bad restriction. But these things with health should be advisory. They should not be punitive. And so we are happy to use our constitutional authority. I think they’ve been treated poorly, and fortunately they’ve got a governor that cares.”

DeSantis in recent months has taken executive action to curb lockdowns imposed because of the pandemic, while also banning COVID-19 vaccine passports.

Speaking to The Epoch Times’ “American Thought Leaders” in April, DeSantis said he believed the lockdown orders were a “huge mistake,” including the one that was implemented in Florida.

Recalling the mantra pushed by health officials to lockdown for two weeks last year, DeSantis said he now realizes that it likely didn’t have any effect.

“We wanted to mitigate the damage. Now, in hindsight, the 15 days to slow the spread and the 30—it didn’t work,” DeSantis said. “We shouldn’t have gone down that road.”

COVID-19 is the disease caused by the CCP (Chinese Communist Party) virus.