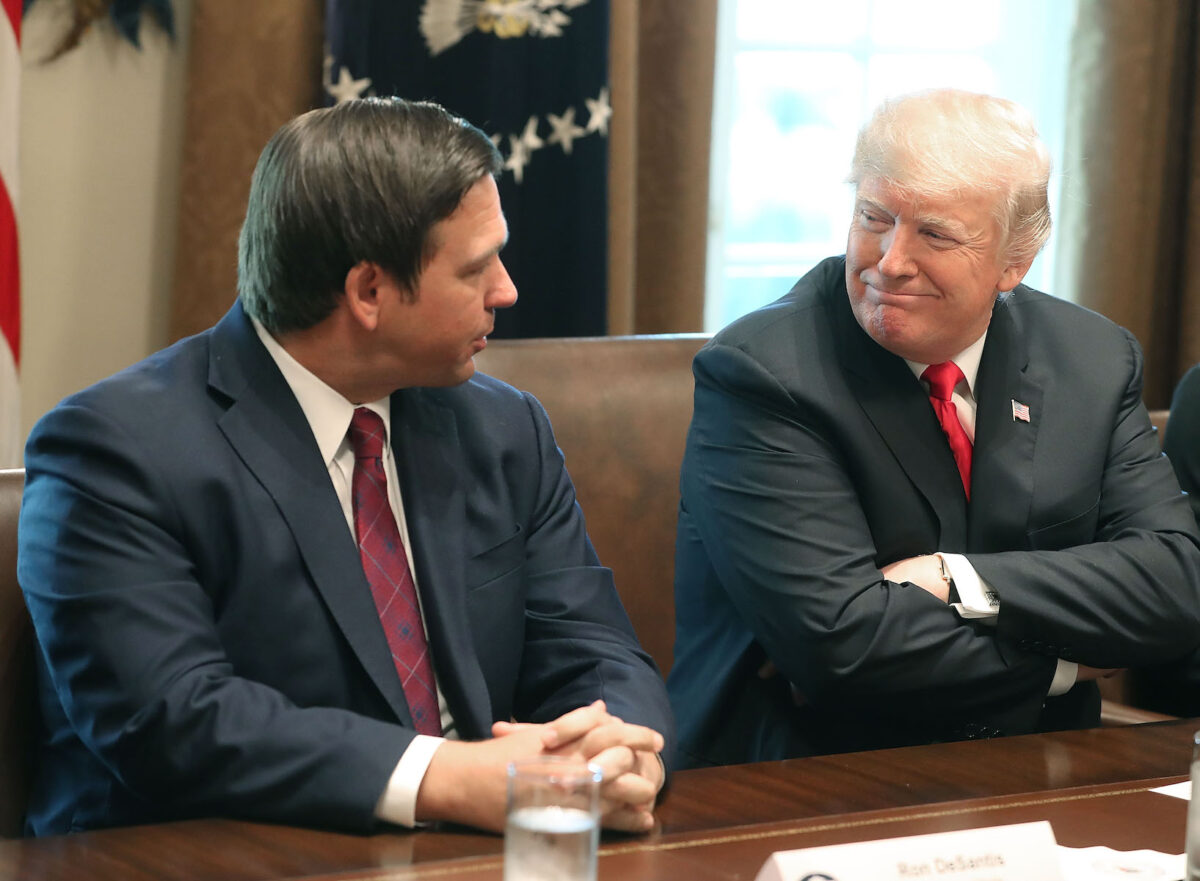 Florida Gov. Ron DeSantis confirmed that he won’t be present at former President Donald Trump’s rally in the state’s southwestern city of Sarasota on Saturday.

“We can confirm that the Governor will not attend the rally in Sarasota. He spoke with President Trump, who agreed that this was the right decision, as the Governor’s duty is to be in Surfside making sure the families and community have what they need in the aftermath of the tragic building collapse,” Christina Pushaw, the governor’s press secretary, told The Hill in a statement.

“Governor DeSantis would have gone to this event in normal circumstances. He is sure the rally will draw a big crowd on this holiday weekend, as many Floridians are excited to attend,” Pushaw said.

The death toll from the collapse of a Florida condominium tower rose to 22 on Friday, with 126 still missing. A second residential building was ordered to be evacuated after it was deemed unsafe.

DeSantis’s office stated on Wednesday that the governor is “focusing on his duties as Governor and the tragedy in Surfside, and has never suggested or requested that events planned in different parts of Florida—from the Stanley Cup finals to President Trump’s rally—should be canceled.”

“He wants all Floridians to enjoy the holiday weekend and celebrate Independence Day however they choose, while keeping the Surfside families and first responders in their prayers,” the statement read.

DeSantis is considered to be a potential GOP frontrunner if Trump doesn’t run for the presidency. He has had high approval from GOP members largely thanks to his handling of the COVID-19 pandemic and the lifting of all related restrictions in his state since September of last year, rendering Florida one of the most open states.

“I endorsed Ron, and after I endorsed him, he took off like a rocketship,” Trump told Fox Business on April 29. “He’s done a great job as governor. I’m saying what I read and what you read, they love that ticket. Certainly, Ron would be considered. He’s a great guy.”