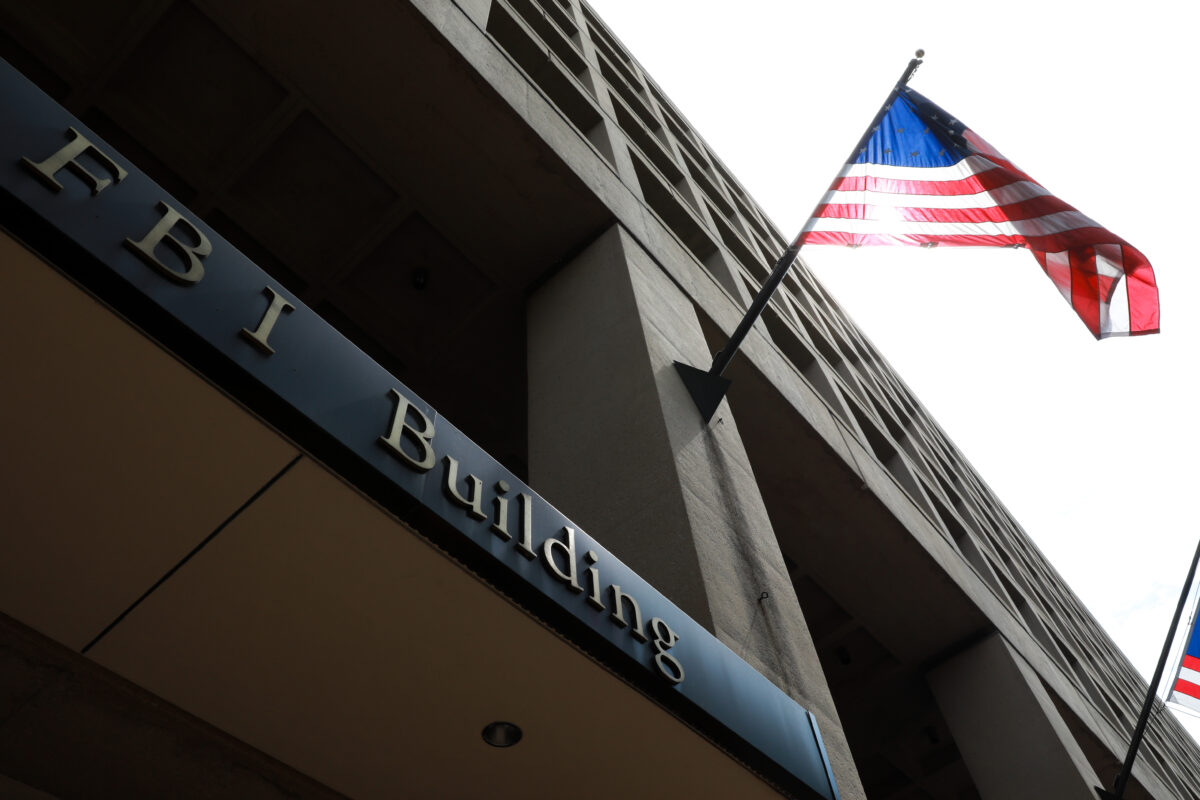 “Family members and peers are often best positioned to witness signs of mobilization to violence. Help prevent homegrown violent extremism. Visit https://go.usa.gov/x6mjf to learn how to spot suspicious behaviors and report them to the #FBI,” the tweet read. It also included two photos of an individual highlighted in red accessing a computer.

The link directs to a government booklet (pdf) written in 2015 regarding signs that someone might be considering violence, but it mainly pertained to Islamist terrorist organizations including ISIS and al-Qaeda.

“It is important to consider the totality of circumstances when observing potential indicators, as some factors may increase the risk of extremist violence in a given situation,” the booklet says, adding that some factors include an individual who has an “inability to cope with changes or perceived failures in relationships, school, or career.”

A “history of violence (e.g., domestic violence or violence toward animals) and unstable mental state; social isolation or inability to join with or relate to others;” and a “possession of, access to, or familiarity with weapons or explosives” should be flagged, the FBI wrote.

“Certainly, behaviors exist and are noted in this booklet that would be troubling regardless of ideological motivation and may warrant contacting law enforcement. However, this booklet is focused on individuals or groups that are inspired or enabled by foreign terrorist organizations, including but not limited to ISIS, al-Qa‘ida, and their affiliates and allies,” the document said.

One former intelligence official, Richard Grenell, wrote that the FBI’s tweet “is outrageous” because the agency “has a growing credibility problem and this type of sinister snitching is clearly unhelpful.”

And several Republican lawmakers criticized the tweet, saying the FBI is encouraging Americans’ family members to spy on one another.

“In both Cuba & China, they also ask children to spy on their parents,” wrote Sen. Ted Cruz (R-Texas).

“These people protected Hillary, abused NSA surveillance databases against Americans, used known, unreliable DNC-funded propaganda to spy on Trump,” wrote Rep. Dan Bishop (R-Texas), “perpetuated the Russia hoax, & lied to the FISC repeatedly. And now they tell you that you should spy on your family.”

It’s not clear if the FBI posted the tweet in reference to the Biden administration’s campaign against “domestic violent extremists” or the longstanding intelligence operations against Islamist terror groups. The Epoch Times has contacted the agency for comment.