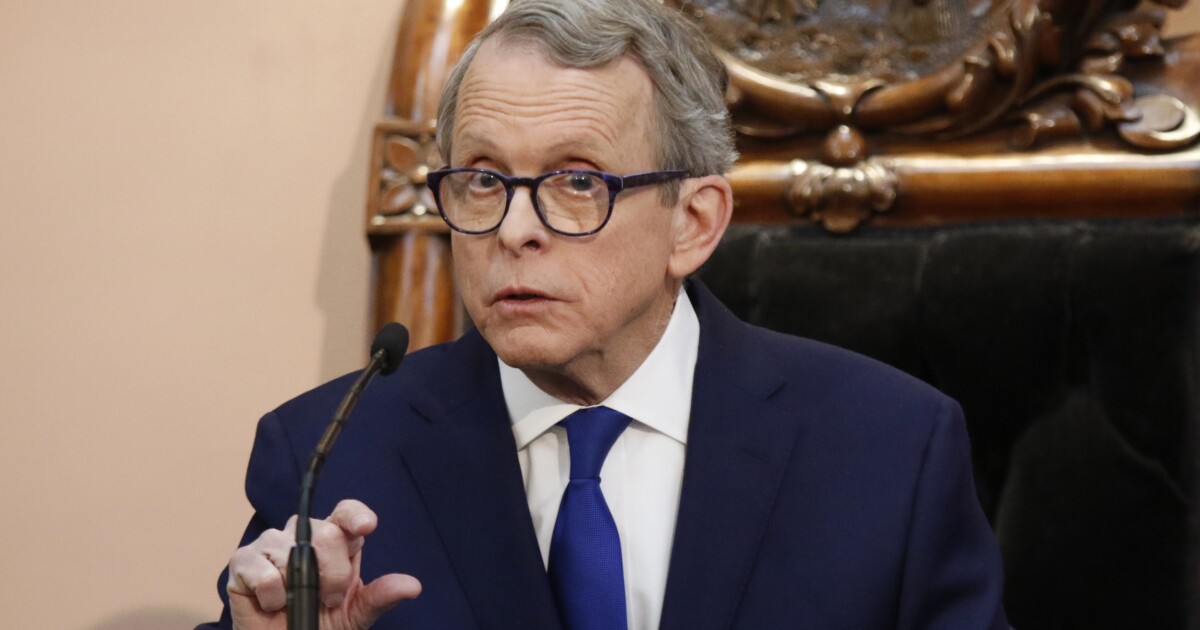 DeWine, who by law had to sign a balanced budget by July 1, used his veto to eliminate 14 items, fewer than previous years, saying the governor should concede to the Legislature when making those decisions.

“At the start of the pandemic, we made tough choices. We cut spending and froze hiring. We did what we had to do,” DeWine said. “Ohioans are resilient, tough and strong. That fact that we now have this budget that invests in the future is thanks to what we all did as Ohioans early on.”

DeWine eliminated the General Assembly’s plan to vacate COVID-19 violations on businesses and refund any fines, along with an item he said risks the Medicaid overhaul already in place and puts lives at risk.

DeWine left in a provision that stopped public-private partnerships with the state and local boards of elections in voter registration efforts, and another item that allows health care professionals to refuse care to individuals on moral grounds.

Voter rights groups, along with state Democrats, called the new law an effort to suppress voters throughout the state. DeWine and Lt. Gov. Jon Husted called those claims unfounded.

The governor also said the idea of medical professionals refusing care is a practice going on throughout the world and situations seem to work themselves out.

“We have to respect people’s rights and people’s ability to make those decisions,” DeWine said.

The governor also removed an item that required the State Controlling Board to have its agenda ready 14 days before a meeting, rather than seven, along with a provision that established a court of claims to hear open meeting violations. Currently, courts of common pleas hear those cases.

DeWine took out the General Assembly’s ability to intervene in executive branch litigation, and a provision that he said eliminated the director of mental and addiction from making appointments to county boards.

Also vetoed were four provisions dealing with education, including one that he said treated community and public schools differently and created an extra layer of bureaucracy for community schools. The others, he said, reduced accountability for community schools, would eliminate some nonpublic schools from participating in the state’s College Credit Plus program and eliminated an expedited approval process for EdChoice scholarships.