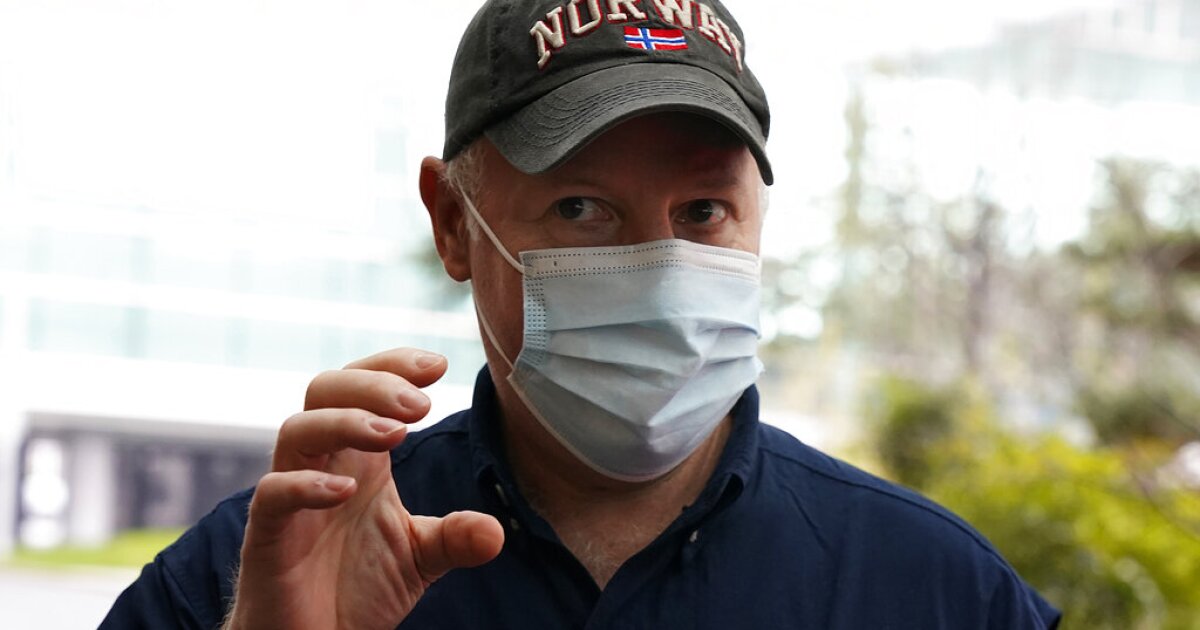 The vast majority of signatories of a controversial February 2020 letter in the Lancet condemning the Wuhan lab leak hypothesis as a conspiracy theory defended themselves in a new statement this week, saying they still stand in solidarity with their Chinese counterparts — although they softened their language on the origins of COVID-19.

Out of the 27 signers of the Lancet letter last year, 24 signed the new one.

Peter Daszak, longtime collaborator with the Wuhan Institute of Virology who steered hundreds of thousands of dollars in National Institutes of Health funding to the Chinese lab, helped organize the original Lancet letter despite clear conflicts of interest. The NIH’s RePORTER website said the agency provided $15.2 million to Daszak’s EcoHealth Alliance over the years, with $3.74 million toward understanding bat coronavirus emergence.

The February 2020 Lancet letter dismissed the lab leak hypothesis as a conspiracy theory, and outlets pointed to the letter to shut down the debate over COVID-19’s origins. The letter claimed scientists “overwhelmingly conclude that this coronavirus originated in wildlife” and denounced “misinformation” over its origins, adding, “Conspiracy theories do nothing but create fear, rumours, and prejudice.”

The new Lancet letter did not use the word “conspiracy theories,” but it included a citation to an article titled, “The lab leak theory doesn't hold up. The rush to find a conspiracy around the COVID-19 pandemic's origins is driven by narrative, not evidence.”

The July letter claimed, “The second intent of our original Correspondence was to express our working view that SARS-CoV-2 most likely originated in nature and not in a laboratory, on the basis of early genetic analysis of the new virus and well established evidence from previous emerging infectious diseases … We believe the strongest clue from new, credible, and peer-reviewed evidence in the scientific literature is that the virus evolved in nature, while suggestions of a laboratory-leak source of the pandemic remain without scientifically validated evidence that directly supports it in peer-reviewed scientific journals.”

The new letter said: “Allegations and conjecture are of no help … Recrimination has not, and will not, encourage international cooperation and collaboration.”

The signatories called on the WHO and its scientific partners to continue investigating the origins, saying the joint WHO-China joint report from March “must be considered the beginning rather than the end of an inquiry.”

The United States and its allies are pinning their hopes for a second origins investigation in China on the WHO, despite the first team's visit to Wuhan earlier this year that essentially dismissed the lab leak hypothesis as a widely considered failure.

A State Department fact sheet released in January contended Wuhan lab researchers “conducted experiments involving RaTG13, the bat coronavirus identified by the WIV in January 2020 as its closest sample to SARS-CoV-2 (96.2% similar)” and the lab “has a published record of conducting ‘gain-of-function’ research to engineer chimeric viruses.”

The fact sheet also asserted the lab “engaged in classified research, including laboratory animal experiments, on behalf of the Chinese military” and that lab workers became sick with coronavirus-like symptoms in autumn 2019.

The U.S. intelligence community said at least one of its 18 agencies is leaning toward the lab leak hypothesis, and President Joe Biden ordered all of the spy agencies to “redouble” their investigative efforts in May.

The new letter echoed this, stating, “Unsubstantiated allegations were being raised about the source of the COVID-19 outbreak and the integrity of our peers who were diligently working to learn more about the newly recognized virus,” and, “Our respect and gratitude have only grown.”

Beyond Daszak, several other signers have connections to EcoHealth, including Field, the organization's science and policy adviser for China and Southeast Asia; Rita Colwell and James Hughes, members of the board of directors; and Mackenzie and Juan Lubroth, EcoHealth partners.

William Karesh, the executive vice president for health and policy at EcoHealth, signed the February 2020 letter but not the July one. He did not immediately respond to a request for comment.

Peter Palese, a professor of infectious diseases at Icahn School of Medicine at Mount Sinai, signed the 2020 letter but not the new one. He responded, “NO COMMENT!” when contacted by the Washington Examiner.

Palese told the Daily Mail in June, “I believe a thorough investigation about the origin of the COVID-19 virus is needed. A lot of disturbing information has surfaced since the Lancet letter I signed, so I want to see answers covering all questions.”

Bernard Roizman, a distinguished service professor emeritus of virology at the University of Chicago, also signed the 2020 letter, but not the 2021 one, and did not immediately respond to a request for comment.

Roizman told the Wall Street Journal in May he was “convinced that what happened is that the virus was brought to a lab, they started to work with it … and some sloppy individual brought it out. They can’t admit they did something so stupid.”

Daszak included a lengthy disclosure at the bottom of the July letter, stating neither he nor EcoHealth “have received funding” from China.

Daszak said EcoHealth’s “work in China … includes the identification of viral sequences in bat samples, and has resulted in the isolation of three bat SARS-related coronaviruses.”

Daszak dismissed the lab leak hypothesis in March when he admitted he took Wuhan lab workers at their word and said he didn't see evidence of a Chinese cover-up. He also criticized the Biden administration for skepticism of WHO’s findings and defended China on Communist Party-linked outlets.

Daszak was recused last month from a COVID-19 origins investigation organized by Lancet.