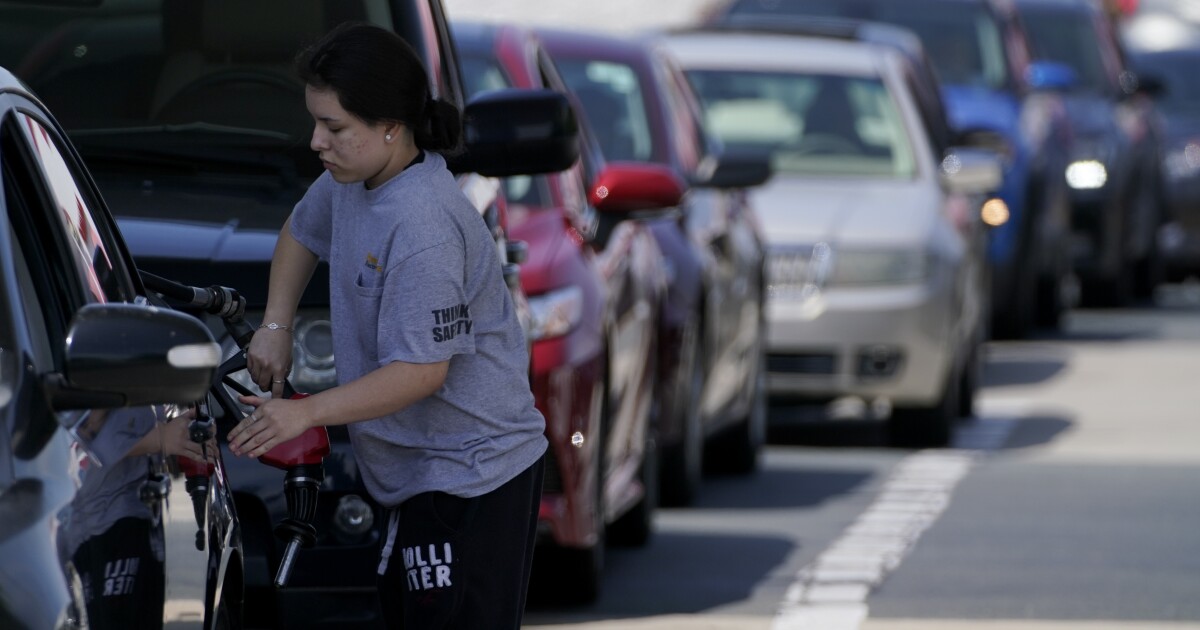 North Carolina lawmakers said the Colonial Pipeline shutdown was a wake-up call to the vulnerabilities in the state's energy infrastructure.

The Georgia-based pipeline reported a ransomware attack May 7, resulting in a disruption of fuel services and gas shortages across several states, including North Carolina. A legislative panel heard advice Tuesday from top energy officials across the state on securing North Carolina's energy supply.

“The Colonial Pipeline disruption could have been much worse, and it's foolish to presume North Carolina will not face a more severe energy supply shock in the future. We should treat the fallout of the Colonial Pipeline attack as a warning, not an aberration, and prepare accordingly,” Senate Committee on Agriculture, Energy and the Environment Chair Brent Jackson, R-Duplin, said. “It could happen next week. Next year. Next decade. That is a question of when and not if.”

Colonial Pipeline's 5,500-mile system is the largest refined products pipeline system in the U.S. It provides about 45% of the fuel on the East Coast between Texas and New York. The pipeline is North Carolina's leading source of fuel, officials said. Gas tracking website GasBuddy reported some North Carolina gas stations ran out of fuel during the early onset of the shutdown.

Colonial has restored fuel services, but the state still is dealing with the fallout from the shutoff, lawmakers said. Nearly half (47%) of the gas stations in the state were without gas Tuesday morning, GasBuddy reported.

“After the events of last week, we feel that this is a matter that demands our immediate attention, investigation, and as state leaders we're responsible for ensuring North Carolina homes and businesses have a secure and reliable energy supply chain,” Jackson said.

The FBI confirmed that Darkside ransomware was responsible for the hacking of the Colonial Pipeline networks. The company shut down the pipeline to block additional damage. A ransomware attack is when a computer system is corrupted by malicious software, better known as malware, for ransom. States, cities and counties have been prime targets for cybercriminals, many of them spending thousands, even millions, of dollars to recover networks. Colonial reportedly paid the hackers $5 million.

Former North Carolina Utilities Commission Chairman Edward Finley said in the past, utility companies normally would keep the operational systems for their pipelines disconnected from the broader internet, but new sophisticated software has lead to an increase in cyberattacks.

Finely said he has pushed for an additional pipeline to increase the distribution of gas across the state. He said it also would lower consumer costs for natural gas and electric service. North Carolinians currently rely on Colonial for liquid gas and the Transco pipeline for natural gas, which is directed to an electric generator.

The North Carolina Department of Environmental Quality's Division of Water Resources in April denied Mountain Valley Pipeline LLC's permits needed to construct a more than 73-mile natural gas pipeline through parts of the state. Dominion Energy and Duke Energy canceled their plan for the Atlantic Coast Pipeline in July after facing legal opposition from environmental groups.

“When you depend on one source as we've seen in the last few days, you run that risk, and the risk hasn't been enhanced because of cybersecurity attacks such as we have had now,” Finely said.

Duke Energy Senior Vice President Nelson Peeler said the company has enough backup fuel to last a couple of days in case of an emergency. Peeler said the Colonial shutdown reinforces the need for electrical grids, an interconnected network for delivering electricity.