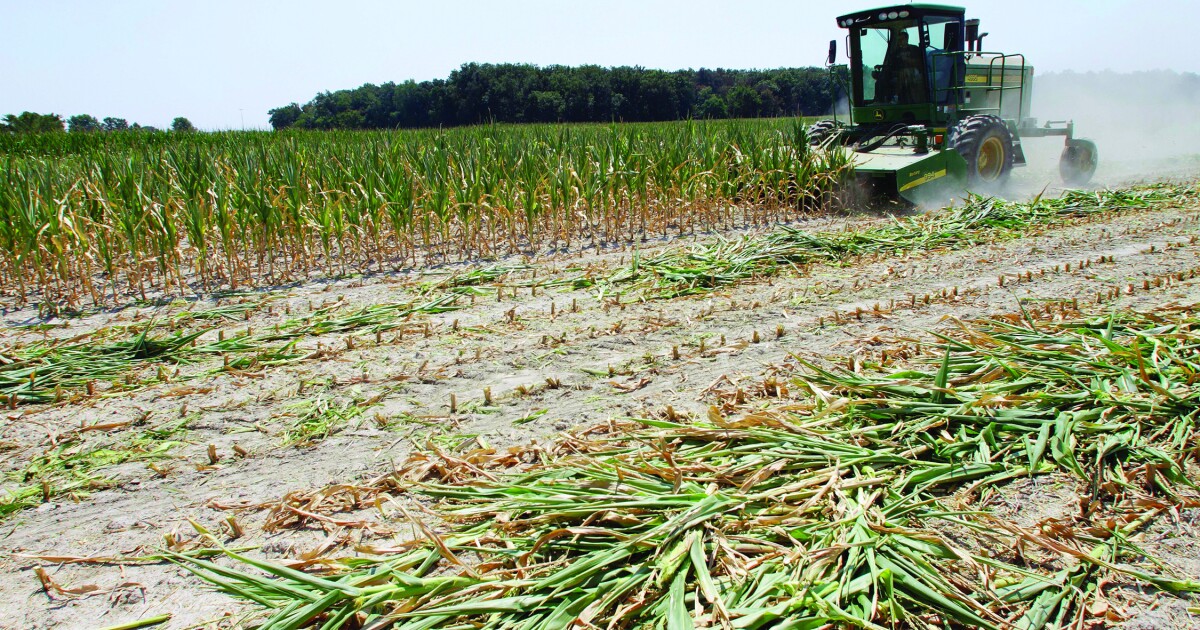 With 3% of the state in extreme drought, farmers nearing the breaking point, especially in the northeastern zone, have looked gratefully upon recent rain, but experts warn optimism could be premature.

Historically, drought periods have started with a usual spring and then dried up in the summer, according to Illinois State climatologist Trent Ford.

But this one didn’t. He said this year the drought started with a very dry spring – usually one of Illinois’ wettest periods.

“The period March through May, so that climatological spring, was extremely dry for most of the northeast corner of the state – especially areas from the north side of Chicago on up to the Wisconsin border,” he said. “For the Chicago area, it was the third driest spring on record and the driest since 1934, and their records go back to the 1870s, so really it was a very unusual situation.”

The north and central parts of Illinois did see a couple of inches of much-needed precipitation recently. Ford said it was a “godsend” based on conversations he’d had with farmers, producers and nurseries.

“Another week to two weeks of warm and dry weather was going to push crops and plants perhaps toward failure,” he said.

He added the recent rain has merely staved off destruction at this point as rain doesn’t necessarily mean an end to the drought.

Short-term forecasts indicate rain for those parched areas of the state, according to Ford. He said this is promising and could signal an end to the drought, but warns a few days of rain doesn’t mean they’re out of the woods yet.

“If we were to get seven inches of rain in the next three or four days, only a fraction of that will actually soak into the soil—the rest is just going to run off,” he said.

Ford explained the really dry parts of Illinois have depleted their deep moisture reserves and a hard rain will only touch the surface.

“That deeper layer of soil takes a much longer time to recover – we could be talking anywhere from weeks to maybe a month or more,” he said.

Consistent rain is needed over a longer period, Ford points out.

Recent forecasts by the Climate Prediction Center for as far as two weeks out predict slightly lower than average temperatures and excellent odds for near to above-normal precipitation, Ford said.