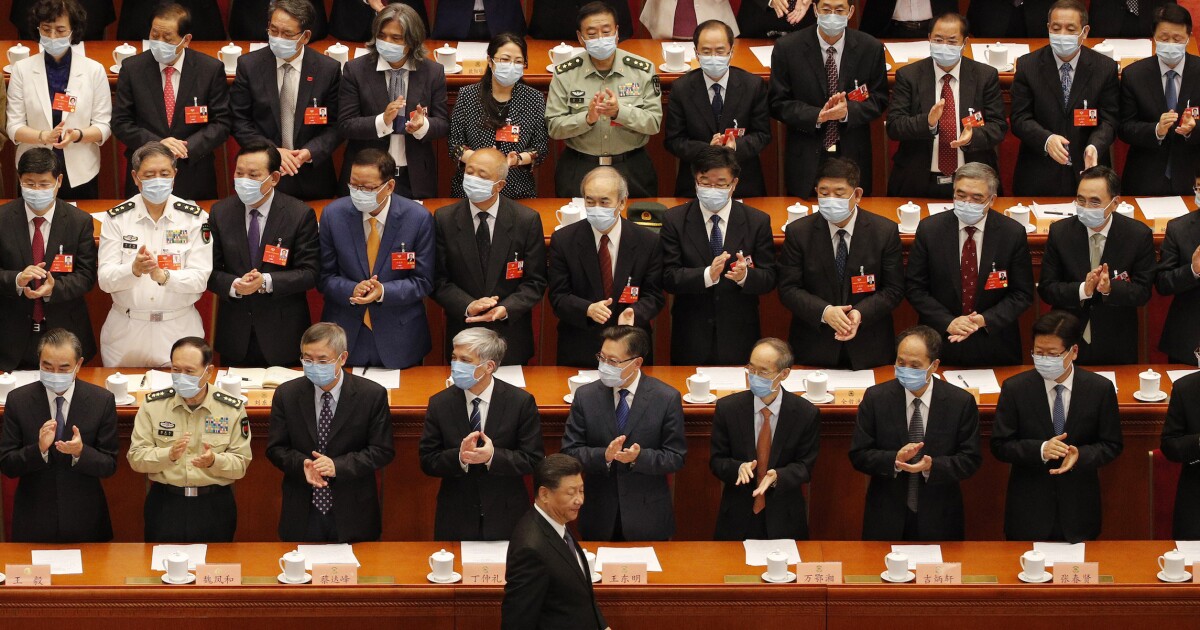 A Chinese-born, naturalized U.S. citizen was convicted Thursday of stealing trade secrets worth up to $120 million from companies that developed a safer coating for the inside of beverage cans and trying to sell the technology to the Chinese Communist Party.

Xiaorong You, who began working in the United States nearly 30 years ago, was employed by Coca-Cola and Eastman Chemical Company when she stole trade secrets related to formulations for bisphenol-A-free coatings. She was found guilty following an April jury trial of conspiracy to steal trade secrets, economic espionage, and wire fraud.

The trade secrets You, now a native of Michigan, stole were developed at a cost of nearly $120 million by companies including Akzo-Nobel, BASF, Dow Chemical, PPG, Toyochem, Sherwin Williams, and Eastman Chemical Company. The DOJ said You worked with a Chinese corporate partner, Weihai Jinhong Group, as she received millions of dollars in Chinese government grants, including China’s Thousand Talents Program, which aims to steal technology from abroad.

Prosecutors said Thursday the evidence “showed the defendant’s intent to benefit not only Weihai Jinhong Group, but also the governments of China, the Chinese province of Shandong, and the Chinese city of Weihai, as well as her intent to benefit the Chinese Communist Party.” Witnesses from chemical and coating companies testified that, while BPA had until recently been used to coat the inside of cans to minimize flavor loss and prevent corrosion, its potential health risks resulted in companies doing expensive and time-consuming research for BPA-free alternatives. She was indicted in February 2019 and hit with a superseding indictment in August 2020.

The Senate Permanent Subcommittee on Investigations released a bipartisan report in November 2019, concluding China used its Thousand Talents Program over the past two decades to exploit access to U.S. research labs and academic institutions. The FBI has deemed the Chinese effort to be a form of “nontraditional espionage.”

You, a chemist who received a Ph.D. in polymer science and engineering at Lehigh University, worked in Atlanta from December 2012 through August 2017 as a principal engineer for global research at Coca-Cola, which had agreements with companies to conduct their research and development, and prosecutors said she was one of the few employees with access to BPA-free trade secrets belonging to a host of businesses. You also worked at Eastman Chemical Company in Tennessee from September 2017 through June 2018, where her role gave her rare access to company secrets.

You conspired with Chinese national Xiangchen Liu, general manager of what court records referred to as “China Company #1,” who would pay her with government funds through an intermediary, Hongmei Fan, a relative of You’s who lived in China. Documents show the trio further formed “China Company #2,” which also stood to profit from the theft. You applied for the Thousand Talents program in the summer of 2017 and received extensive funding through it, also receiving financial support from the “Yishi-Yishi” program funded by the Shandong Province government.

“The conduct alleged in today’s indictment exemplifies the rob, replicate and replace approach to technological development,” Assistant Attorney General John Demers, the head of DOJ’s China Initiative, said when announcing the charges in 2019.

Prosecutors said You signed an agreement with Coca-Cola in August 2017 for just under $34,000 when she falsely said she had not retained any trade secrets. Instead, she was looking to sell these secrets in China. Court records detail the scheme, including a summer 2018 flight she took to China, picking up numerous Chinese government officials and flying with them to Italy to meet with representatives of “Italian Company #1.” You was trying to involve the Italian company in her scheme and lied to the Department of Homeland Security about what she had done overseas upon arriving back home. In November 2018, You and Chinese officials again traveled to Italy to meet with the company.

The Justice Department’s China Initiative aims to combat Chinese espionage, and the U.S. has charged a host of researchers for concealing their China ties.