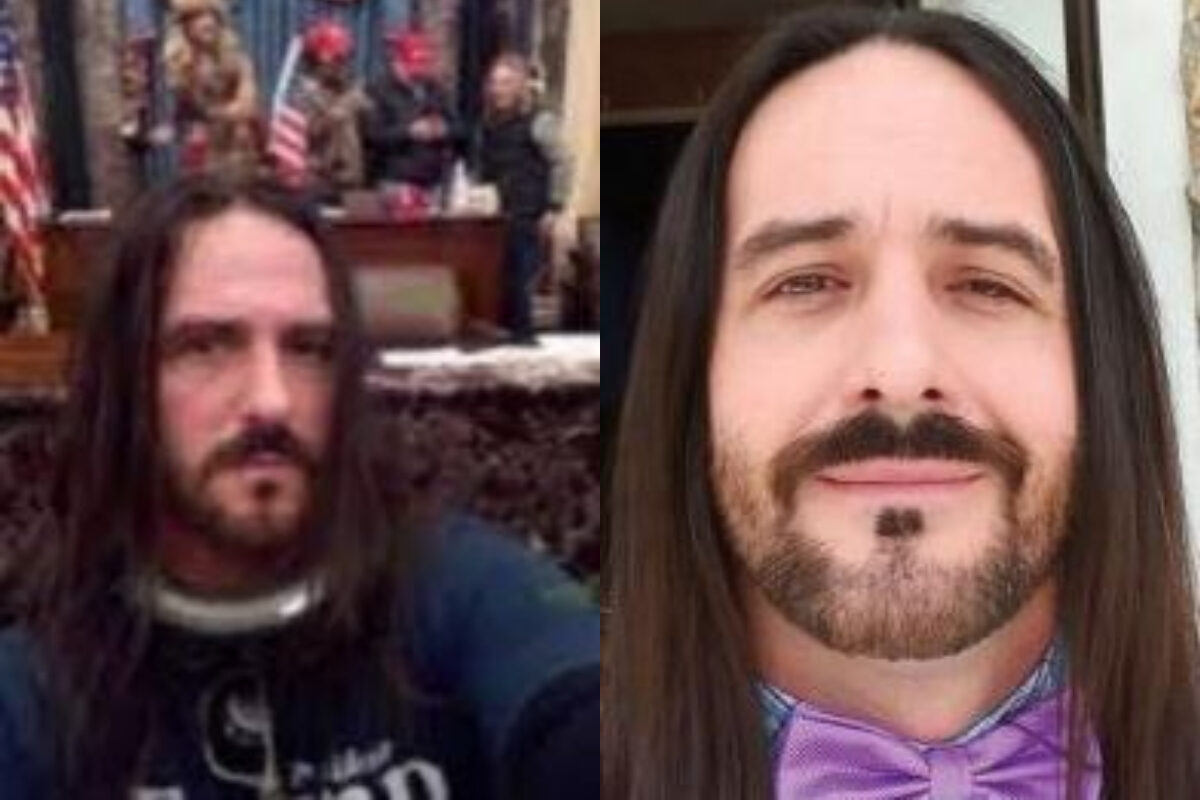 A Florida man who participated in the storming of the U.S. Capitol on Jan. 6 is asking a judge to not include prison time in his sentence.

Paul Hodgkins, 38, was seen inside the Senate chamber waving a pro-Trump flag. He pleaded guilty last month to obstructing an official proceeding.

The felony charge carries up to 20 years in prison, in addition to up to three years of supervised release and a fine of up to $250,000.

Based on sentencing factors, prosecutors said in the plea deal that Hodgkins would likely receive 15 to 21 months in jail and be fined between $4,000 and $40,000.

But Hodgkins through his lawyer, Patric Leduc, said in a July 8 filing that because the defendant has no prior criminal record and because he owned up to what he did through the plea, that he should not go to jail.

“Paul is an avatar of us all, and how this Court deals with his misconduct will say much about where we are and what we will become as a nation.”

Hodgkins is one of the first Capitol breach defendants to plead guilty to a felony but he should be treated similarly to Anna Morgan-Lloyd, who pleaded guilty to a misdemeanor and was sentenced to no jail time last month, his representatives asserted.

“Like the Defendant, Morgan-Lloyd said she went to Washington on Jan. 6 to support then-President Donald Trump at the ‘Save America’ rally, and later posted about her participation in the riots on social media. Ms. Morgan-Lloyd was also found to be inside the Capitol, and like Mr. Hodgkins, was not accused of any property damage, or engaging in violent activities with law enforcement. Like Mr. Hodgkins, she simply followed the crowd. The distinction was simply the location within the Capitol itself,” Leduc wrote.

“Simply put, had Mr. Hodgkins stopped at the threshold of the Senate’s door, he would have likely also been offered a misdemeanor. The imposition of a felony for spending five minutes on the floor of the Senate is a severe and continuing punishment in its own right. For sentencing purposes, however, and given Mr. Hodgkins characteristics, a sentence of similar proportions is just and appropriate,” he added.

Keeping Hodgkins out of prison will benefit the Tampa Bay community in which he lives and enable him to pay the restitution that he expects to be ordered to put up, the filing stated.

Leduc told The Epoch Times previously that his client, an Eagle Scout and a blue-collar worker, made a poor judgment call but noted he was in the Senate chamber for just 15 minutes, during which time he snapped a selfie photograph.

“He’s a good guy; he made a mistake,” Leduc said. “I’m hoping that the court is going to be very gracious.”

Mona Sedky, the assistant U.S. prosecutor leading the prosecution of the defendant, did not respond to a request for comment. Prosecutors have not yet entered their sentencing recommendations.

Hodgkins is scheduled to be sentenced on July 19.