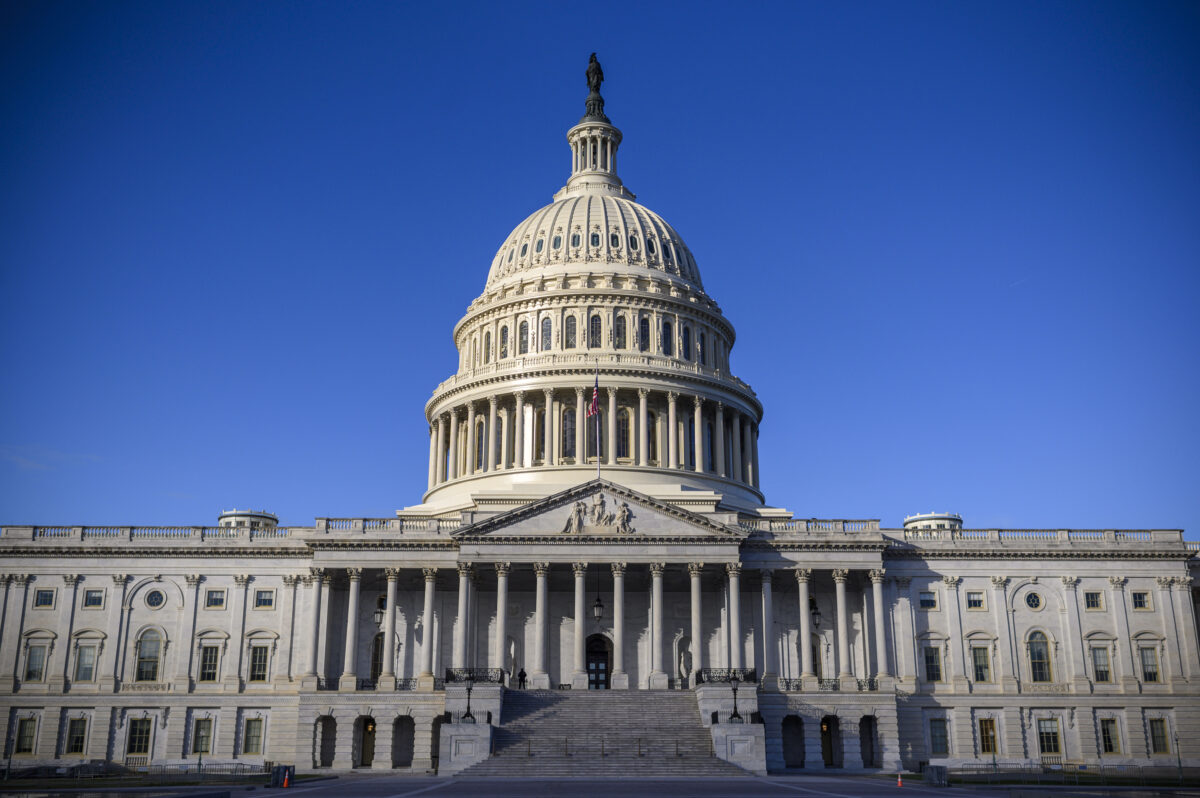 Rep. Ted Budd’s amendment to strip 1,474 earmarks costing more than $5.6 billion from a transportation bill when it comes to the House floor Wednesday was blocked late Tuesday by the House Rules Committee.

“The fact that the Rules Committee didn’t even allow a vote on this earmark amendment shows how quickly the culture of wasteful earmarking has taken over Washington,” Budd told The Epoch Times Wednesday. His amendment was proposed for the “INVEST in America Surface Transportation and Infrastructure Act” before the House this week.

“If Congress was serious about respecting each taxpayer dollar, the leadership would call earmarks what they are: a system of legalized bribery that should be ended once and for all,” he said.

The earmarks— now officially known as “Member-Designated Projects”—are spending appropriations that are not voted on individually, but rather are simply included within much larger bills encompassing multiple issues.

Asked about the decision not to include the Budd amendment for a vote by the full House, Jeff Gohringer, a spokesman for the Democratic majority on the rules panel, told The Epoch Times that “the committee made 149 amendments in order. We made a determination to not make that particular one in order.”

The nine Democrats on the committee, including the chairman, Rep. Jim McGovern (D-Mass.), are listed with a total of 72 of the earmarks that would have been put at risk in a vote by the full House on the Budd amendment.

The other Democrats on the panel and their earmarks includes Rep. Norma Torres of California (5), Rep. Ed Perlmutter of Colorado (7), Rep. Jamie Raskin of Maryland (11), Rep. Mary Gay Scanlon of Pennsylvania (10), Rep. Deborah Ross of North Carolina (8) and Rep. Joe Neguse of Colorado (7).

Among the four Republicans on the panel, Rep. Tom Cole (R-Okla.), the ranking minority member, and Rep. Guy Reschenthaler (R-Penn.), are listed with five earmarks each.

Only two members of the committee, Republicans Michael Burgess of Texas and Michelle Fishbach of Minnesota, were not listed with any earmarks.

In past years, earmarks became increasingly controversial because they were often exposed as benefitting a senator or representative’s relative, friend or business associate, former staffer, or campaign donor.

Earmarks became a focus of national controversy when Sen. Tom Coburn (R-Okla.) described them in 2005 as “the gateway drug to Federal Spending Addiction.”

House Republicans banned them in 2011 after regaining the House majority in 2010, while Senate Republicans did so in 2014. But pressure from Democrats and some Republicans has been growing in the years since to bring back earmarks as part of the congressional appropriations process.

Supporters of the return claim it’s better for members of Congress to decide how to spend tax dollars than unelected bureaucrats who don’t know the most important needs of a particular state or district.

Opponents of earmarks argue they are too often used to buy votes on bills members would otherwise oppose, and thus are a major reason Congress has found it impossible to restrain federal spending in recent decades.

The 1,474 requests that were approved for the INVEST  Act included 1,067 valued at $3.97 billion for Democrats and 403 worth $1.7 billion for Republicans. Three approved projects had bipartisan sponsorship, according to the House Committee on Transportation and Infrastructure.

The complete list of approved earmarks, along with brief descriptions of each one, can be reviewed and downloaded here.

Earmark critics blasted the rules panel decision. Tom Schatz, President of Citizens Against Government Waste (CAGW), told The Epoch Times that, “earmarks have always been associated with power and influence among members of Congress. It was therefore not surprising that the House Rules Committee, whose Democratic members have 72 earmarks and Republican members have 10 earmarks in the INVEST Act, agreed to reject Rep. Ted Budd’s amendment to eliminate all earmarks in the bill.”

Williams also warned that “with the potential of multiple infrastructure bills being passed this year, taxpayers should be very worried about the amount of pork that could be loaded up in the bills. Bringing back earmarks this year is one of the most fiscally foolish things that Congress has done in a very long time.”

Congressional correspondent Mark Tapcott may be contacted at [email protected]