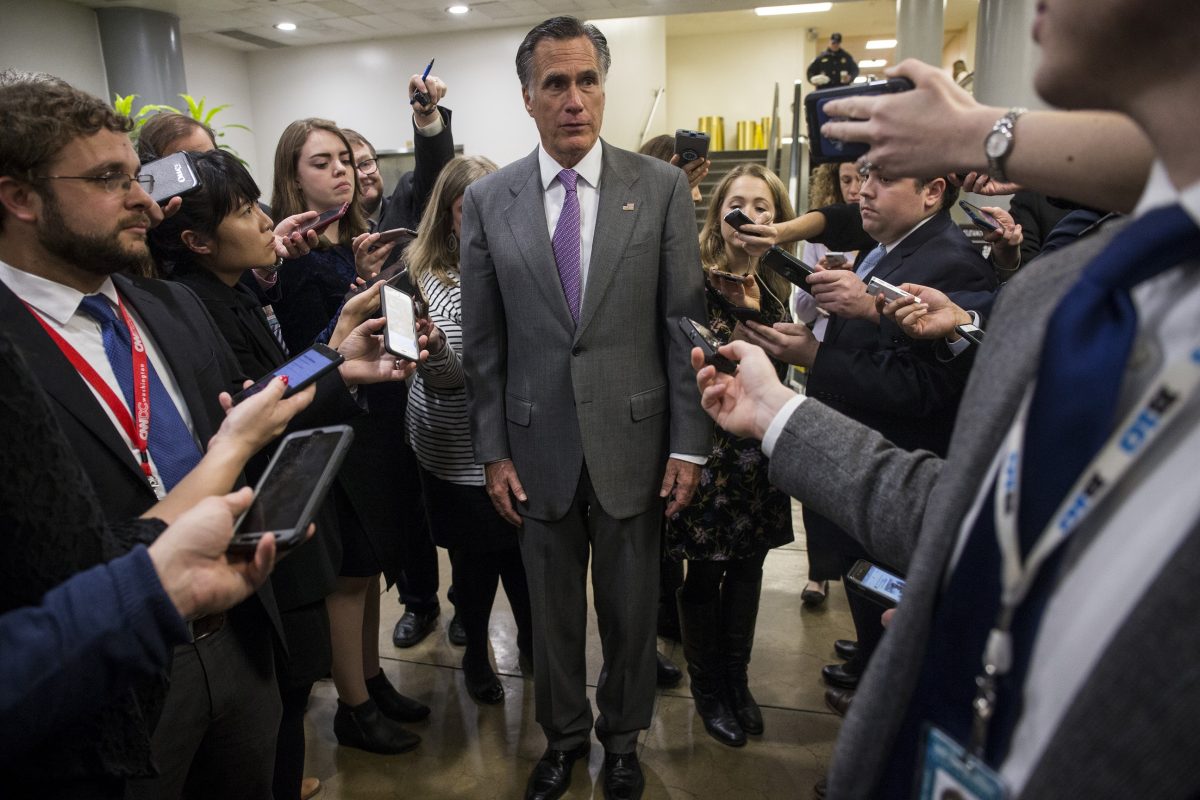 “In his first 100 days, he’s asked for $100 trillion in spending,” Romney told reporters on Wednesday. “To put that in context, our total federal budget that we vote on every year is $1.4 or $1.5 trillion.”

It’s not clear where Romney came up with the “$100 trillion” figure. The Epoch Times contacted his office for comment. Overall, Biden proposed a $1.9 trillion COVID-19 stimulus bill that was passed in Congress earlier this year, Biden is expected to propose to Congress $1.8 trillion in spending on his so-called American Families Plan on Wednesday, and he proposed another more than $2 trillion infrastructure bill earlier this month.

Romney told reporters: “So it’s a massive amount of spending. So I think maybe if he were younger I’d say his dad needs to take away the credit card.”

Republican lawmakers have already rejected the $2.25 trillion infrastructure plan as being too large. The Democrat president is gambling that his spending plans can sway Republicans in Congress to cooperate with the White House.

To pay for the plans, Biden has proposed an overhaul of the U.S. tax system. The American Families Plan will be funded by raising the top marginal tax rate for the wealthiest Americans to 39.6 percent from its current 37 percent. It nearly doubles the tax on investment income—known as capital gains—for Americans who earn more than $1 million. The proposed infrastructure plan is funded by corporate tax.

Other than Romney, Senate Minority Leader Mitch McConnell (R-Ky.) voiced his concern about the spending proposed by the White House.

The infrastructure plan, McConnell said in a statement Wednesday, is “another multitrillion-dollar smorgasbord of liberal social engineering” and accused Biden of misleading Americans about where its funding would go.

“It’s being sold as a serious effort to rebuild our nation’s infrastructure. It’s a pretty brazen misdirection. At both ends of Pennsylvania Avenue, Democrats have chosen to live in an alternate universe where both the campaign promises they made and the mandate the American people delivered were completely different than what happened here on planet Earth,” he said.

White House economic adviser Brian Deese has said Biden’s proposals are part of the president’s “vision” to invest in the country. “He is welcoming and encouraging others to come forward with their ideas as well,” he told reporters on Monday.

And according to a release from the White House on Wednesday, the American Families Plan is about allowing “American families to break into the middle class, and easier to stay in the middle class.”