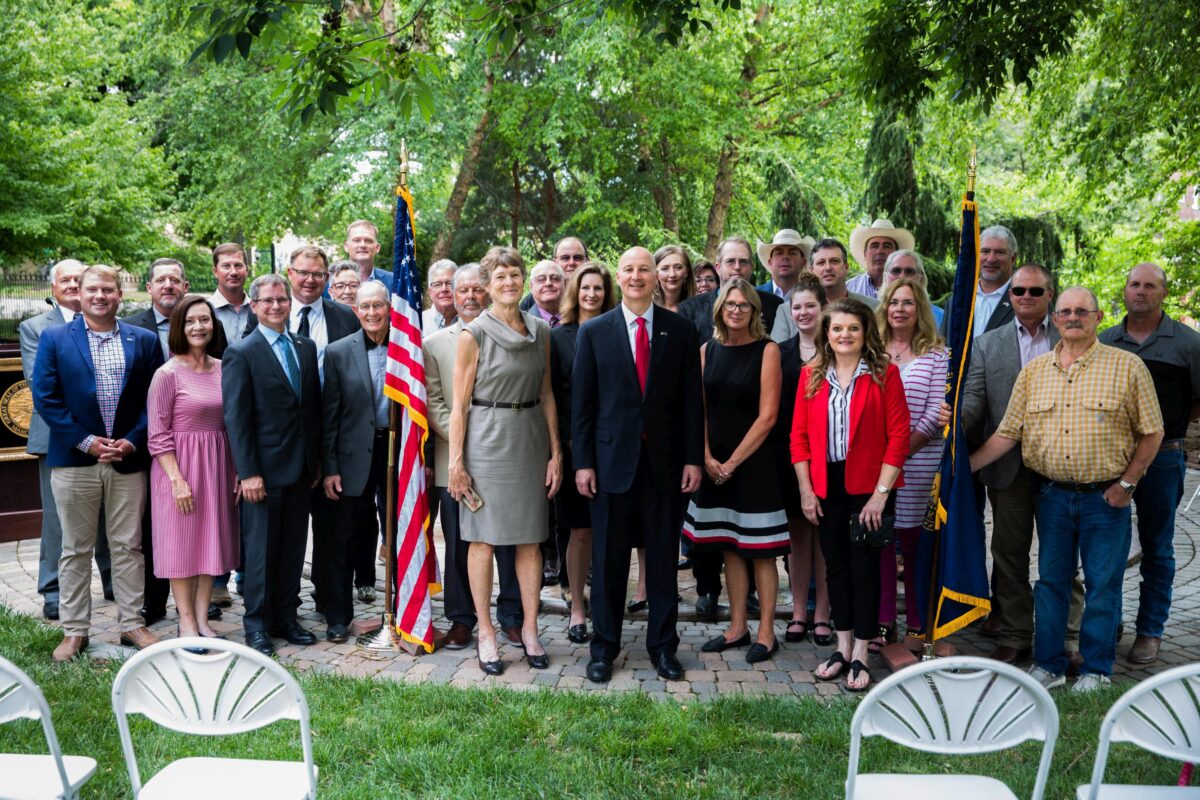 LINCOLN, Neb.—Tucked away on page nine of one of President Joe Biden’s executive orders on climate change are two small paragraphs that have raised alarm among governors of more than a dozen states. The paragraphs task the administration to figure out a way “to achieve the goal of conserving at least 30 percent of our lands and waters by 2030.”

While all sides seem to support taking care of nature, subjecting nearly a third of America to federal conservation rules is hardly what many state and local officials have in mind.

Pete Ricketts, governor of the heavily agricultural state of Nebraska, was among the first to raise questions about the plan.

The administration considers about 12 percent of American land and water to be currently in conservation. If that’s to become 30 percent, a chunk of land roughly the size of Nebraska would have to be added every year for nine years, Ricketts pointed out.

“What we’ve asked from the administration is for more information, because their math doesn’t work,” he said on June 24, announcing an executive order opposing the “30 x 30” plan.

His order bans the state government from supporting federal conservation programs without the governor’s express authorization, among other measures.

Ricketts and 14 other governors sent a letter to the administration in April with a request for more details on the plan. They pointed out that the federal government has no authority to unilaterally take land for conservation.

“We are deeply concerned about any effort to enlarge the federal estate or further restrict the use of public lands in our states,” they said.

Realization of the plan would be “infringing on the private property rights of our citizens and significantly harming our economies,” the letter says.

Ricketts said they haven’t heard back from the administration.

The White House and the U.S. Department of Agriculture didn’t respond to requests for comment.

Federal departments of interior, agriculture, and commerce as well as Biden’s Council on Environmental Quality put out a preliminary report in May that was supposed to outline how the “30 x 30” goal was to be achieved (pdf).

But the 24-page document still largely deals in generalities. Prominently, it fails to define what the administration means by “conservation.”

As Ricketts sees it, local landowners are already doing a good job taking care of the land.

“Farmers and ranchers were the original conservationists,” he said during a June 24 townhall in Pickrell, Nebraska.

The federal report acknowledges so too, saying “there is a strong stewardship ethic among America’s fishers, farmers, ranchers, forest owners, and other private landowners.”

But “if that’s the case … all agricultural land would be considered in conservation,” said Tanya Storer, one of the commissioners of Cherry County, Nebraska, during the townhall. “So that can’t be what they mean.”

The report suggests the “30 x 30” plan can be enacted without new laws, on a voluntary basis, while taking into consideration local input.

“Though President Biden’s national conservation goal is ambitious, it can be achieved using the wide array of existing tools and strategies,” it says.

For sure, the government already has an arsenal of conservation programs, some of them having already been in place for decades.

But if all those programs so far only achieved 12 percent conservation, how does the administration plan to push it to 30 in just 10 years, Ricketts asked.

“I don’t believe that the federal government is going to try to come out and just take land, through eminent domain, for example,” he said. “I believe the way they’re going to try and cover these goals is by creating more ways that they can regulate you and take your private property rights away.”

He suspects the government will try to cajole people into signing conservation agreements where they surrender some of their property rights in exchange for a financial compensation. In a series of press conferences and townhalls, he’s been warning Nebraskans to “read the fine print” of any contract they may be offered by the government to make sure they understand the commitment.

Some such agreements—conservation easements, for instance—can even be permanent, he noted.

The government may set up the agreement in a way that it allows the owner to keep using the land, even for agriculture, Storer explained. The trick is, if the owner wants to do something new, suddenly the federal government may have a say in it.

“You create a baseline. So whatever you’re doing now, you can continue to do, but just a quick raise of hands: How many farmers here do things the same way you did them 20 years ago?” she asked.

Nobody raised their hand.

Nebraska land is currently 97 percent private. Subjecting 30 percent of it to federal restrictions “would be devastating for small towns and rural communities,” Ricketts said during the townhall.

The impact on urban areas would be minimal, since those are “already developed,” he said.

“It’s here. We’re going to pay the price for that, if that land is restricted. And that’s why I’m so concerned about this plan. Because it will impact so many of us in rural areas.”

Conservation easements would also hike up property taxes, he said. Once a piece of land is restricted, its price goes down and the local assessor has to reflect it on property rolls. That means the owner is levied a lower tax and all the other owners have to pick up the slack.

Restricting land also boosts prices of all the unrestricted land, making it harder for young people to get into farming, the governor said.

He stressed he’s not against conservation per se, but urged Nebraskans to be vigilant about the government’s attempt to sneak in new regulations.

He gave an example of a rancher in Manor County, Nebraska, whose contract under the federal Conservation Reserve Program (CRP) was up for renewal. Under CRP, the government rents privately owned land for a below-market price for 10-15 years. The owner is then required not to use the land for agriculture and instead “plant species that will improve environmental health and quality.”

The rancher was reading his agreement with the agriculture department (USDA) and found a clause “that he had to protect the habitat of the swift fox,” Ricketts said.

“Now, he says, ‘I’ve never seen a swift fox on my land.’ And he goes to the USDA and says, ‘What does this mean? What do I have to do?’ And the USDA could not tell. So he declined to sign the Conservation Reserve Program … because he did not want to sign up for something that the USDA could not tell him what he had to do.”

Ricketts called on his constituents to also support Congress members that push back against the “30 x 30” plan and to urge local officials to pass resolution opposing the plan.