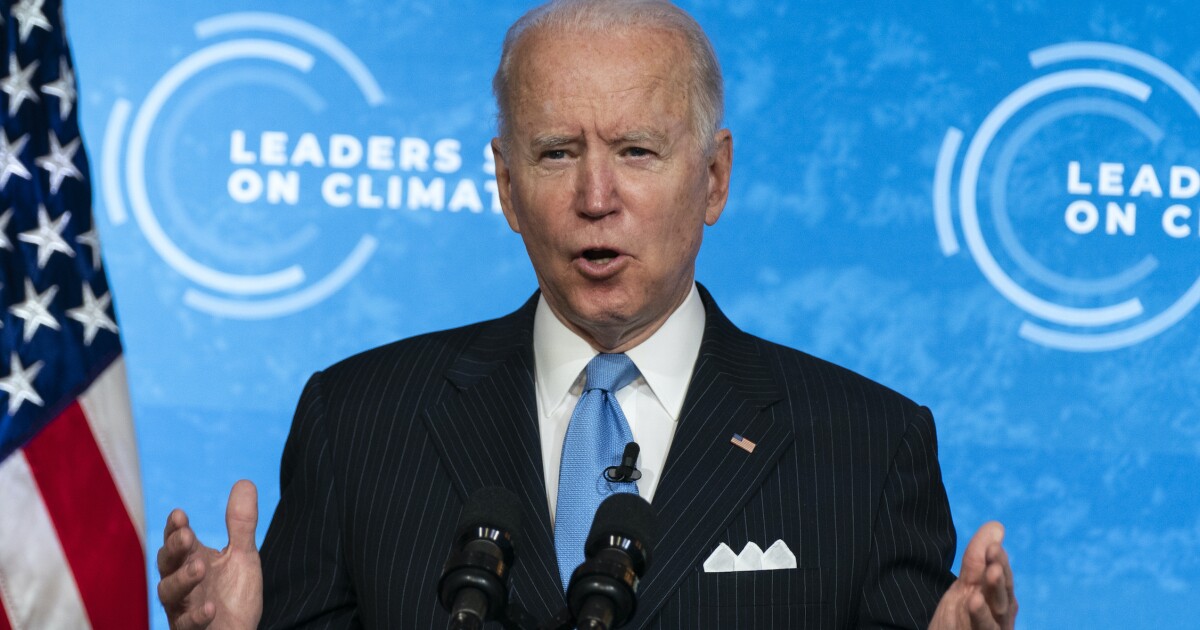 President Joe Biden will sign an executive order that will raise the minimum wage to $15 for all workers employed by federal contractors.

Biden plans to sign the executive order on Tuesday, according to administration officials. The mandate, which will affect hundreds of thousands of workers on federal contracts, requires that all agencies implement the new minimum wage into contracts by March 30, 2022. It will also require that federal agencies implement the higher wages into existing contracts when they are extended.

“This [executive order] promotes economy and efficiency in federal contracting. A $15 minimum wage will enhance worker productivity and generate higher quality work by boosting workers’ health, morale, and effort,” an administration official said, adding that the administration believes the mandate will also reduce absenteeism and turnover.

The new order doesn’t come as a major surprise. Biden is approaching 100 days in office, and among other promises, the White House also released a statement in January that said Biden planned to sign an executive order “within the first 100 days that requires federal contractors to pay a $15 minimum wage and provide emergency paid leave to workers.”

A $15-per-hour minimum wage is a longtime goal for liberal activists, having been championed during the 2020 presidential campaign by Sen. Bernie Sanders of Vermont. The Biden administration tried to include a $15 minimum wage in its initial COVID-19 aid plan, costing $1.9 trillion. But the Senate parliamentarian ruled it could not be included in the bill, which was passed under special procedures requiring only majority support for legislation, rather than the 60 usually needed to overcome a filibuster.

Biden’s Tuesday action will build off of an executive order issued by former President Barack Obama back in 2014 that set a $10.10 minimum wage, indexed for inflation, for contractors working on federal contracts. The new executive order will also phase out the $7.65 tipped minimum wage for those working on federal contracts and make it so that those employees will also net at least a $15 base.

A Biden administration official said the executive order was analyzed by the Council of Economic Advisers, which found that the move would not lead to reduced employment. Another official pointed out that the Tuesday move is different than raising the federal statutory minimum wage because the number of workers this specific mandate affects is comparably much smaller.

“The effect on employment we think is going to be minimal if any, and that’s what the Council of Economic Advisers found as well,” the official said.

The administration claims that the increased minimum wage will not raise costs for taxpayers because it would boost productivity and lower other expenses, such as supervisory and training costs.

The news comes as Biden continues to embark on several expensive spending proposals, which after the $1.9 trillion COVID-19 relief package, include a $2.3 trillion infrastructure package and a family and child care package that is expected to balloon above $1 trillion.

The president wants to pay for the infrastructure package with changes to the corporate tax code (including a hike of the corporate tax rate from 21% to 28%), and while details of the American Families Plan have still not been released, he is expected to propose large increases to the capital gains tax rate for those who make more than $1 million.