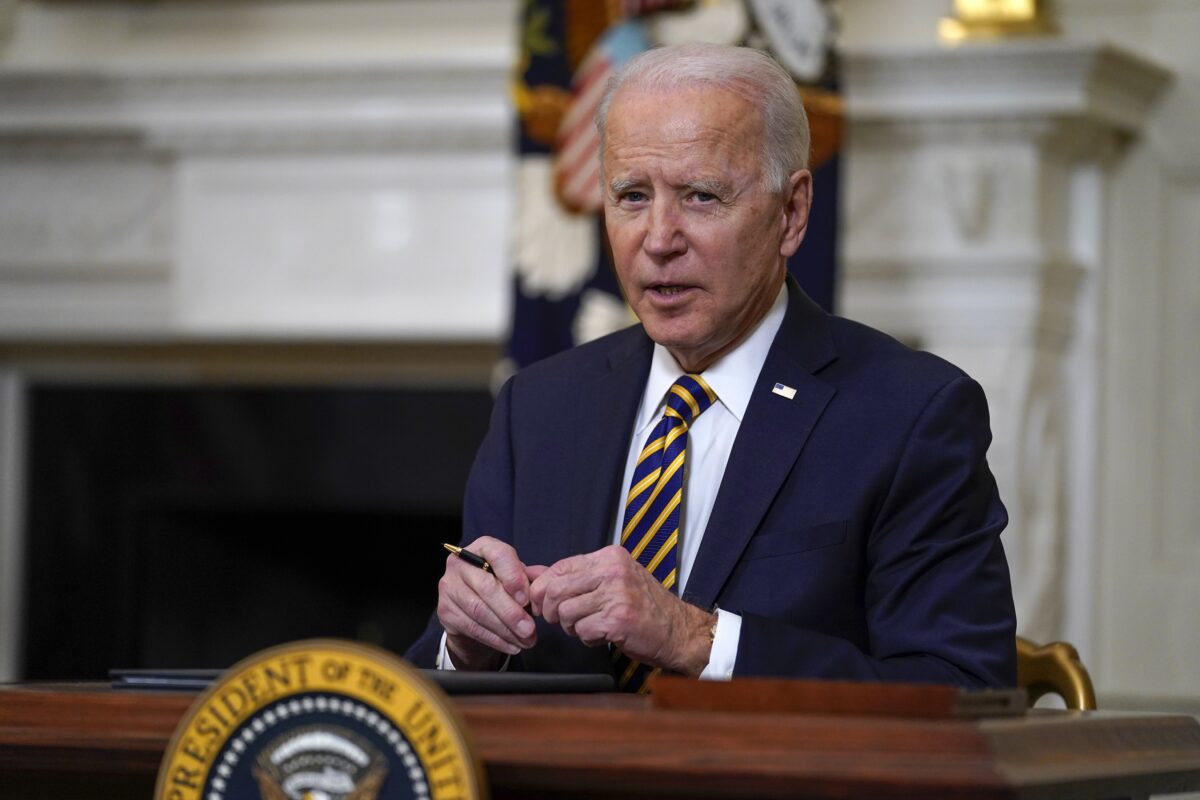 President Joe Biden on Tuesday will issue an executive order requiring federal contractors to pay their workers at least $15 an hour.

Federal agencies on Jan. 20, 2022, must include a $15 minimum wage in all new contract solicitations. By March 30 of next year, all agencies will need to implement the minimum wage into new contracts and into existing contractors when the parties exercise their option to extend such contracts, which often occurs annually, according to the White House.

The order will also stipulate an indexing of the minimum wage to an inflation measure, which means that contractors will have to compensate their lowest-paid workers even more in the coming years.

Another piece revokes former President Donald Trump’s executive order which allowed outfitters and guides operating on federal lands more flexibility in what they paid their workers. Those companies will be forced to pay their workers at least $15 an hour under Biden’s order.

The White House is alleging the order “will promote economy and efficiency in federal contracting, providing value for taxpayers by enhancing worker productivity and generating higher-quality work by boosting workers’ health, morale, and effort.”

It also claims the order will reduce turnover, absenteeism, and supervisory costs.

“As a result of raising the minimum wage, the federal government’s work will be done better and faster,” it said in a statement.

When Biden was vice president, then-President Barack Obama issued an order requiring federal contractors to pay workers $10.10 an hour, with the wage indexed to inflation. The rate at present is $10.95 an hour.

The order will impact hundreds of thousands of federal contract workers, according to the Biden administration. An estimated 5 million workers are on contract with the federal government, according to New York University professor Paul Light.

Biden and congressional Democrats tried to raise the minimum wage for all U.S. workers to $15 an hour earlier this year, but were stymied by the Senate’s top rules expert.

Elizabeth MacDonough, the chief Senate parliamentarian, said Democrats could not include the increase in their COVID-19 relief plan because they were using a budget tool called reconciliation to ram it through Congress, avoiding the need to garner any Republican support. Zero GOP members ended up voting for the plan.

Some on the left called for Democrats to ignore MacDonough’s ruling, but they abided by it.

In the wake of the obstacle, Biden was still committed to upping the wage floor, White House press secretary Jen Psaki told reporters.

“He thinks it’s long overdue. He believes that men and women who are working hard, trying to make ends meet, should have—should not be living at the poverty level. And we’re going to spend the next few days and weeks looking for the best path forward, working with Democrats and Republicans, hopefully, to do exactly that,” she said on Feb. 28.

The current federal minimum wage is $7.25 an hour. Roughly one in two states have higher wage floors.

Critics have argued that raising the minimum wage to $15 an hour would cost jobs and lead to an economic downtown.

“We all want to see wages rise, but this report makes clear that government intervention would actually offer more consequences than benefits since it would result in lower and middle-income Americans losing out entirely on sources of revenue that they need,” the House GOP said in February, pointing to a Congressional Budget Office report on the effects of raising the wage floor that high.