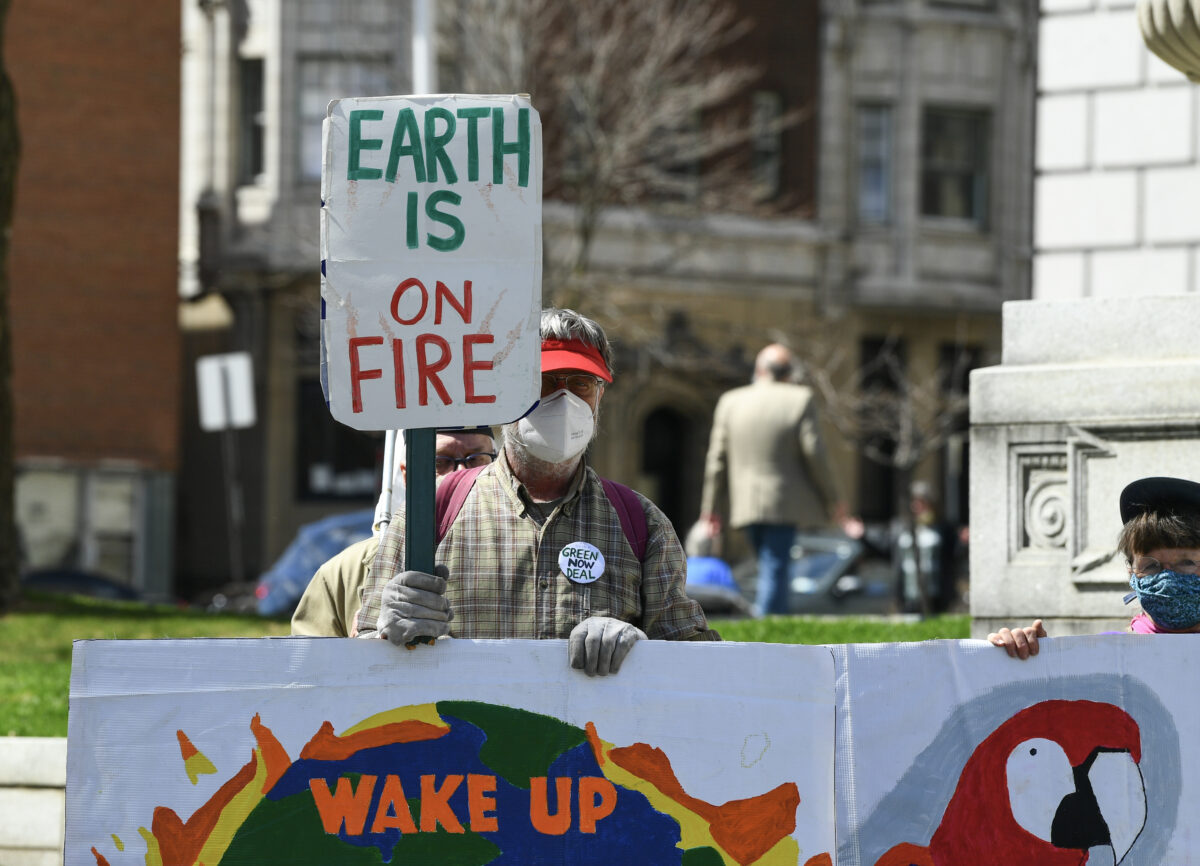 Supporters of President Joe Biden overestimate the negative effects of climate change compared to the views of prevailing establishment science, a poll of likely voters by Rasmussen has shown.

A majority of the respondents who approved of Biden believed that humankind will “become completely or nearly extinct due to climate change” in the next 100 years if carbon dioxide emissions continue at the same volume as in the past decade.

Establishment experts generally say that climate change would lead to severe problems, such as more droughts and flooding, but tend to not go as far as to predict human extinction in the next 100 years. Catastrophic climate predictions hold a poor track record of coming true.

About two-thirds of those who disapproved of Biden said climate change would lead to extinction in more than 100 years or not at all.

More than two-thirds of Biden supporters estimated that the earth’s surface temperature has warmed more than 3 degrees Fahrenheit since the preindustrial times in the late 1800s.

Establishment estimates, such as from the National Oceanic and Atmospheric Administration, put the figure at slightly over 2 degrees.

Only 30 percent of Biden supporters picked the matching answer (1 to 3 degrees), while more than 40 percent of those disapproving of the president did. Among those who “strongly disapprove” of Biden, 47 percent picked 1 to 3 degrees and 27 percent thought the increase was less than 1 degree. Almost no Biden supporters picked the lowest option, the results show (xlsx).

People who picked CNN, MSNBC, NBC, ABC, or CBS as their favorite cable or broadcast news source were less likely to pick the answers matching established estimates than those favoring Fox News or “another” network.

The poll was conducted between April 29 and May 3 among 2,000 likely voters. The Heartland Institute is a conservative think tank that holds a position skeptical about the magnitude of negative effects of global warming.

The pollster also asked whether climate change is primarily caused by human activity or by “long-term planetary trends.” More than 80 percent of Biden supporters picked the former option, while a majority of those who disapproved of him picked the latter.

The question only allowed either-or answers, leaving some ambiguity in the results. While many scientists say human activity is the primary factor behind the current changes in global temperature, they also believe major shifts in climate occurred in the ancient past. As such, one may believe concurrently that long-term trends have been the primary factor overall, but that the current changes have been affected primarily or in major part by humans.

The Biden administration identified climate change as one of its core agenda points, promising to spend trillions on efforts to cut carbon emissions while combining the issue with proposals for spending on other things such as gender and racial diversity as well as child care and housing subsidies.

The United States reduced its carbon emissions by about 14 percent between 2005 and 2019, in large part due to transitioning to natural gas from coal with the advent of fracking. Other factors included efficiency innovations such as LED light bulbs as well as the increased use of solar panels and wind turbines.

The pollsters asked about several other subjects, such as “the status of the national debt,” “the top federal income tax rate,” and “the number of unarmed African Americans killed by police in 2020,” Heartland stated in a release. Results on those topics haven’t yet been released.