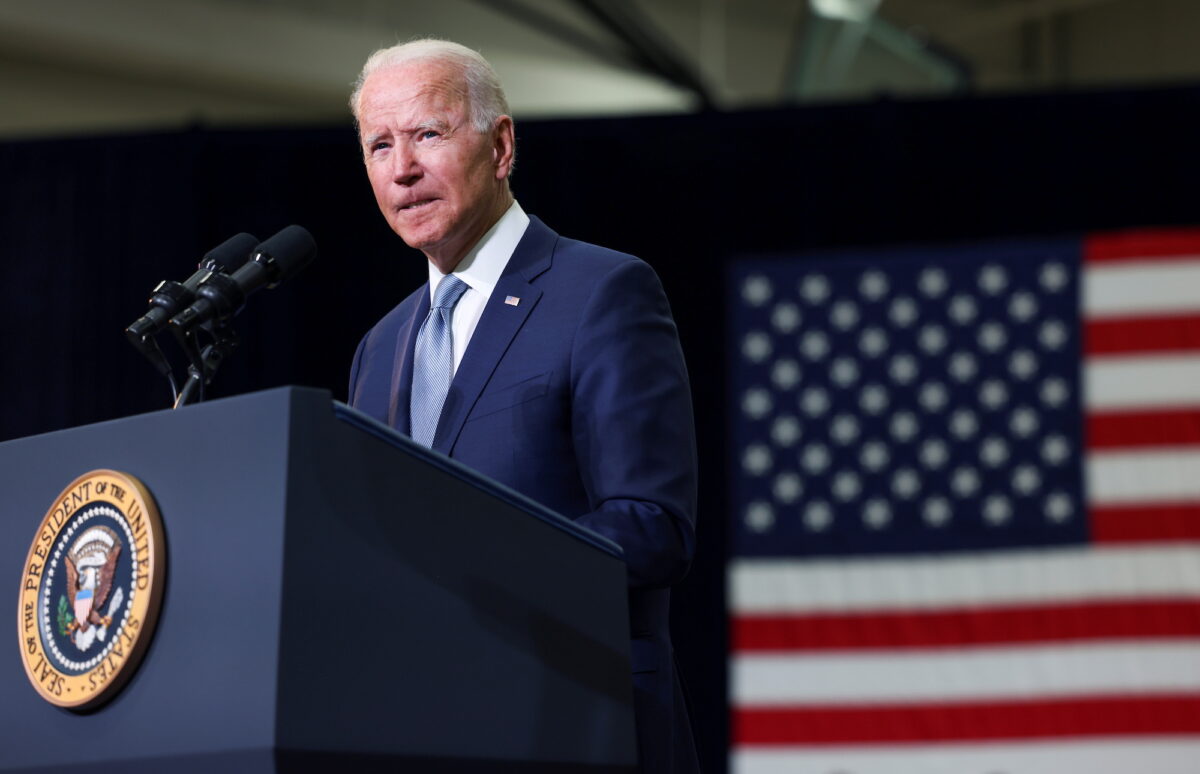 President Joe Biden on Wednesday reiterated his position that the child tax credit should be extended, but this time signaling openness to the possibility that he might support an extension beyond the additional four years that his American Families Plan calls for.

“Let’s extend the tax cut at least through 2025,” Biden said, speaking at McHenry County College in Crystal Lake, Illinois, near Chicago, in what may be seen as a shift toward the position held by congressional Democrats who have called for the child tax credit to be made permanent.

Biden’s American Families Plan calls for a four-year extension of the child tax credit, which offers $3,000 for each child aged 6 to 17 and $3,600 per child under 6 to eligible families. It will be paid out in two parts, with the first half disbursed in monthly installments of $250 or $300, depending on the age of the children, starting July 15 and running through December. The other half, $1,500 or $1,800 per child, again depending on age, is to be claimed on next year’s tax return as a lump sum.

The new credit, which was part of the American Rescue Plan Act, is only available for the 2021 tax year, which both Biden and congressional Democrats want to extend. But while the president has expressed support for a four-year extension, a group of Democrat lawmakers in late April introduced a bill that would make the child tax credit permanent.

Biden’s remarks in Illinois suggest greater openness on his part to extend the credit beyond 2025.

In his remarks, Biden also made the case for spending trillions of dollars on what he called “human infrastructure” priorities that did not make it into a $1.2 trillion bipartisan infrastructure deal struck with Republicans.

Besides the child tax credit extension, Biden’s proposed policies include free preschool and community college, health care and clean energy subsidies, as well as 12 weeks of paid medical leave, to be financed by raising corporate taxes on U.S. companies.

“There’s a lot of work ahead of us to finish the job, but we’re going to get it done,” Biden said. “We’re going to reimagine what our economy and our future could be.”

Democrats hope that most of the proposals not in the bipartisan bill will pass under a budget mechanism that would require only a simple majority in Congress, bypassing Republicans, who oppose any new corporate taxes.

Senate Minority Leader Mitch McConnell (R-Ky.) on Tuesday vowed a “hell of a fight for what this country ought to look like in the future” over the tax and spending issue. Speaking at an event in Kentucky, McConnell also said he believes all the spending will lead to higher inflation and a tighter labor market.

“We don’t know what’s in that package,” Rachelle Bernstein, chief tax counsel for a retail lobby group, said of the Democrats’ bill. “But we don’t think it is good to use a corporate tax increase to finance spending.”