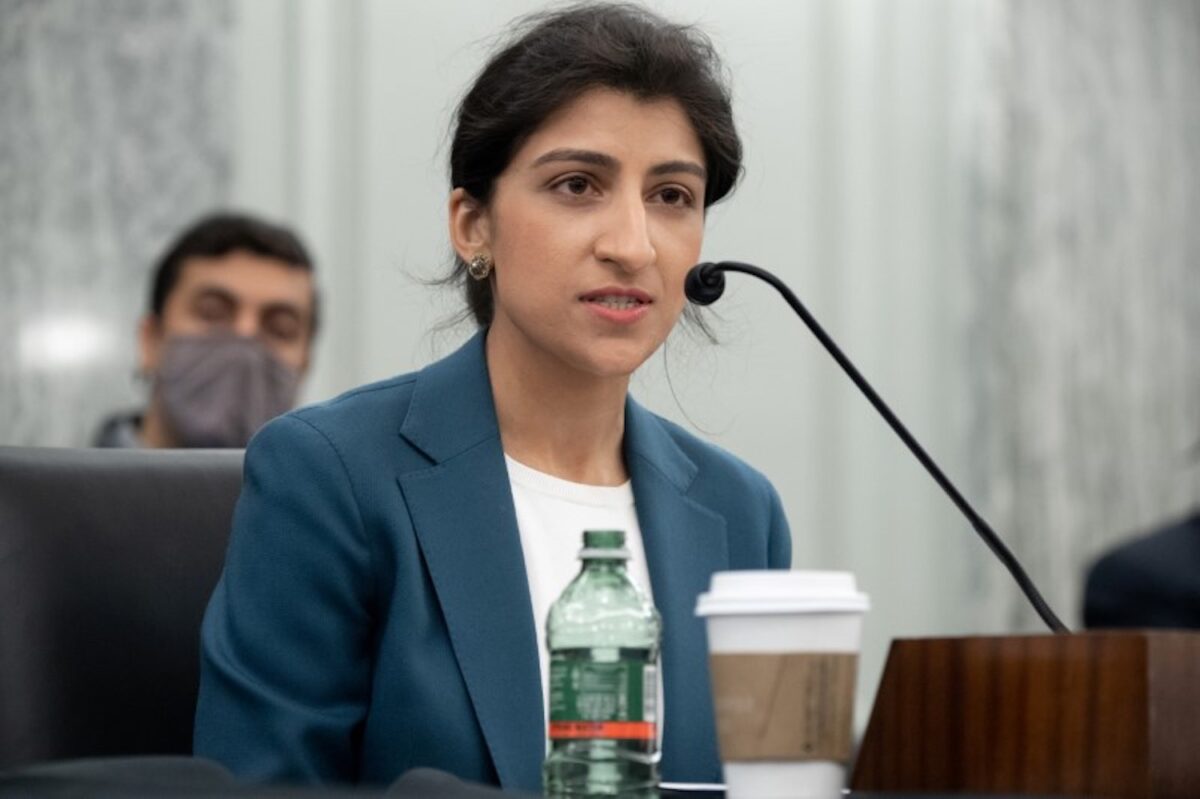 Amazon has filed a request asking for newly minted Federal Trade Commission (FTC) Chair Lina Khan to be recused on antitrust matters related to the online retail giant, citing concerns about lack of impartiality in light of her past criticisms of the company, according to documents filed with the agency.

“Given her long track record of detailed pronouncements about Amazon, and her repeated proclamations that Amazon has violated the antitrust laws, a reasonable observer would conclude that she no longer can consider the company’s antitrust defenses with an open mind,” Amazon said in the petition, filed with the FTC on Wednesday.

Khan, who was sworn in as FTC chair earlier in June, wrote a piece for the Yale Law Journal in 2017 which argues that current antitrust law, which focuses on prices and the short term, fails to capture harms done by companies like Amazon, including predatory pricing.

She also worked for the House Judiciary antitrust committee, which wrote a massive report that spelled out what it said was anti-competitive conduct by Amazon, Apple, Facebook, and Alphabet’s Google.

Amazon argued in the filing that Khan’s body of work and public statements about Amazon, including “multiple opinion pieces arguing that Amazon has committed antitrust violations and urging the government to sue the company,” demonstrate the appearance of bias, if not outright prejudgment.

“The standard for recusal does not require a conclusion that Chain Khan will act unfairly toward Amazon. Rather, under the objective standard for recusal, because Chair Khan’s participation in the Recusal Matters would create at least the appearance, if not the reality, of bias and prejudgment, her recusal is required,” Amazon attorneys wrote in the filing.

The FTC did not immediately respond to a request for comment.

The filing comes as the FTC is probing Amazon as part of a series of investigations underway into Big Tech. The agency is also looking into Amazon’s planned purchase of the movie studio MGM.

The petition also highlights Amazon’s fear of the FTC amid bipartisan calls for tougher antitrust enforcement.

“We’re traveling on an unmistakable path towards more activism and more aggressive antitrust enforcement at the FTC,” said former FTC Chair Bill Kovacic, in recent remarks to the Washington Examiner.

A February poll by Utah State University showed strong public support for curbing the power of Big Tech. It found that 67 percent of Americans think tech companies like Facebook, Google, and Amazon are too big, while nearly 49 percent think the government should break them up.