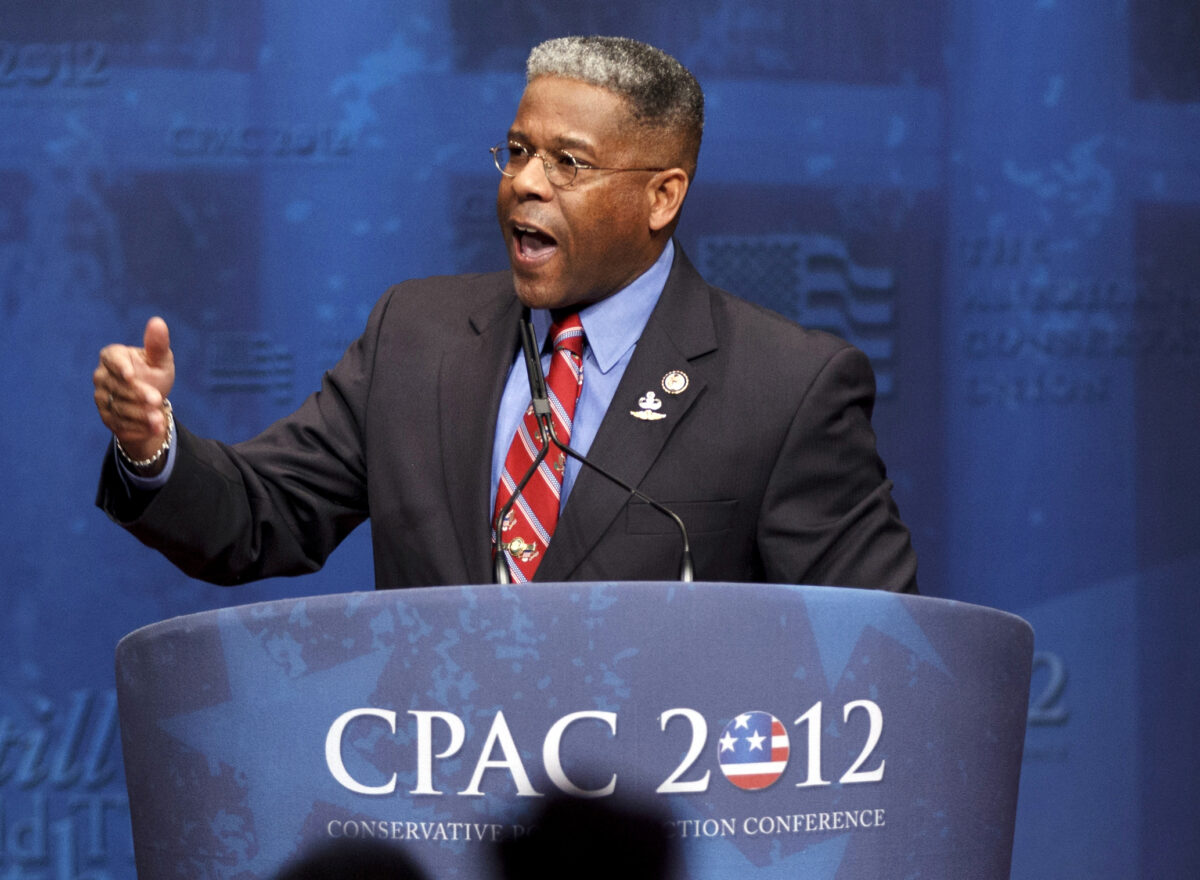 Retired U.S. Army Lt. Col. Allen West, a Republican, said on July 4 that he’s throwing his hat in the ring for the Texas gubernatorial primary in 2022.

West, who until recently had served as chairman of the Texas Republican Party, made the announcement at Sojourn Church in Carrollton, Texas, where he played a video launching his campaign.

“You have asked me to come back into service, for God, for country, and for Texas—for times such as this,” West said in the video. “That’s why I’m running for your governor of the Lone Star State, so that we can protect and defend our home.”

West represented Florida’s 22nd congressional district in the House of Representatives as a Republican from 2011 to 2013. He later moved to Texas and largely stayed out of the spotlight until he won the race for the chairmanship of the Texas Republican Party in July 2020, before announcing his resignation on June 4, fueling speculation that he would seek to challenge incumbent Gov. Greg Abbott.

“I’ve not been in elected political office for about a decade, but I can no longer sit on the sidelines and see what has happened in these United States of America,” West said in announcing his bid for the governorship.

Abbott, who is up for a third term, has already secured the endorsement of former President Donald Trump, whose voters are key for West to have a shot at winning a Republican primary in the Lone Star State. While in previous years Abbott drew only token primary challengers, he now faces two candidates who have previously held office: former Republican state Sen. Don Huffines and West.

In the video, West said he would focus on using the state’s energy resources to bolster U.S. energy independence while resisting the Green New Deal—the sweeping climate change proposal pushed by some Democrats in Washington. He also vowed to secure the U.S.–Mexico border and fight sex trafficking.

West’s celebrity in the grassroots, which lingers from a combative single term in the House, makes him the most prominent primary challenge Abbott has faced since becoming governor in 2015.

Democrats, who continue to see Texas as a budding battleground even as their losing streak continues, have yet to put up a challenger to Abbott in 2022.

Celebrity actor Matthew McConaughey has said he’s giving “honest consideration” to running for governor of Texas, telling the Austin American-Statesman in March that politics is “a broken business” while touting his “aggressively centric” approach and portraying himself as a “free agent” who could bring an outsider’s perspective to the political arena.

In a hypothetical matchup between Abbott and McConaughey, who told the outlet that he’s undecided whether he’d run as an independent or under either a Democrat or Republican ticket, Abbott is favored by 39 percent of respondents to McConaughey’s 38 percent, according to a poll released on July 4 by The Dallas Morning News and the University of Texas at Tyler (pdf).