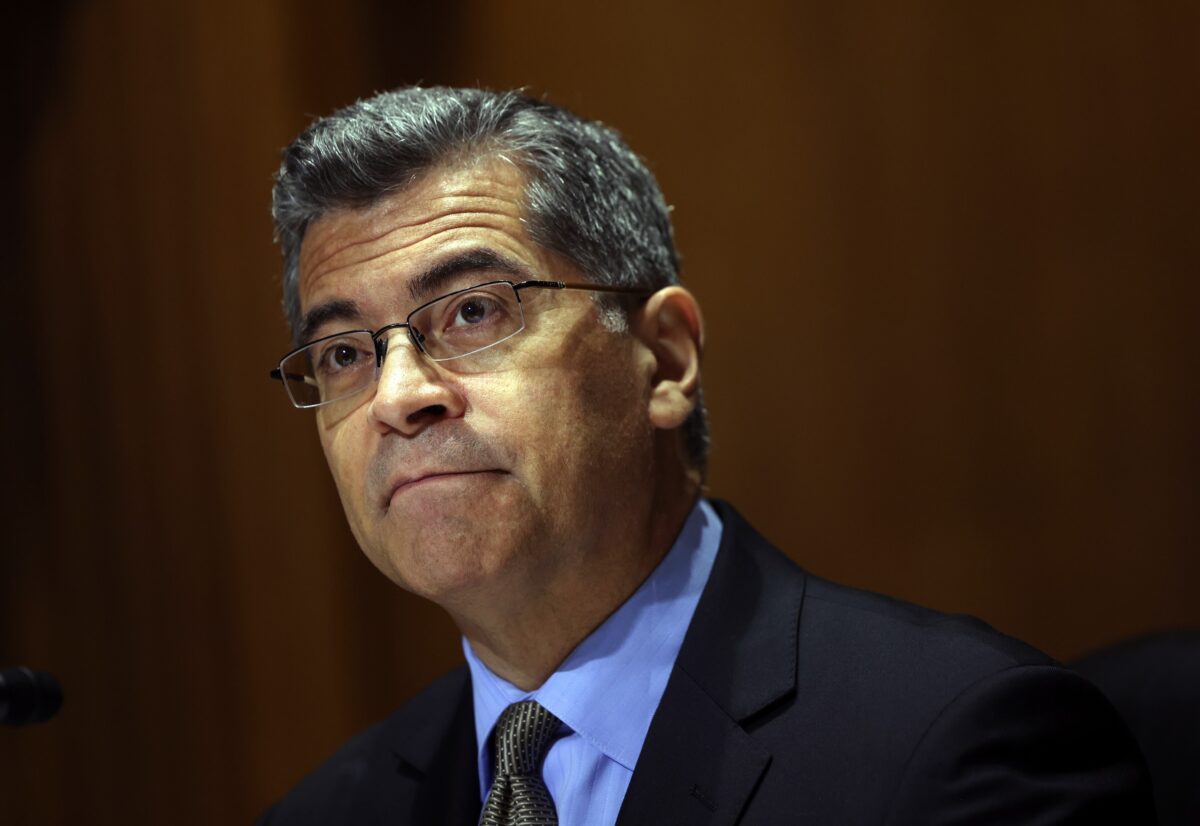 Health and Human Services (HHS) Secretary Xavier Becerra argued that the federal government is entitled to know who has been vaccinated against COVID-19, responding to concerns over a recently announced White House plan to send teams door-to-door.

“Perhaps we should point out that the federal government has had to spend trillions of dollars to try to keep Americans alive during this pandemic, so it is absolutely the government’s business. It is taxpayers’ business if we have to continue to spend money to try to keep people from contracting COVID and helping reopen the economy,” Becerra told CNN on Thursday.

Becerra claimed that “knocking on a door has never been against the law” and “you don’t have to answer, but we hope you do.” He added, “Because if you haven’t been vaccinated, we can help dispel some of those rumors you’ve heard and hopefully get you vaccinated.”

The president pledged to “go community by community … and oftentimes door to door, literally knocking on doors” in an effort to get people vaccinated. This drew anger from Republican lawmakers, who argued that the government doesn’t have the right to know who is or isn’t vaccinated.

“How about don’t knock on my door. You’re not my parents. You’re the government. Make the vaccine available, and let people be free to choose. Why is that concept so hard for the left?” Rep. Dan Crenshaw (R-Texas) wrote on Twitter. “In 2021, the nine most terrifying words in the English language: ‘I’m from the government, have you been vaccinated yet?’” wrote Rep. Andy Biggs (R-Ariz.).

Other Republicans made even worse predictions.

“Door to door to vaccinate Americans this year… door to door to confiscate guns next year?” asked Rep. Lauren Boebert (R-Colo.) on Twitter.

Both Biden and Psaki, during their respective press conferences Tuesday, provided few details about the door-to-door outreach program. It’s not clear when the program will start, if the outreach teams will ask questions, or how long it will last.

The plan is part of the government’s COVID-19 response after the White House fell short of its self-imposed July 4 deadline to get 70 percent of American adults at least one vaccination shot. According to data from the U.S. Centers for Disease Control and Prevention (CDC), more than 67 percent of American adults have received at least one shot, and more than 157 million people are fully vaccinated.

COVID-19 vaccines have become a flashpoint in the current culture wars. Some have argued that vaccine passport-type systems would imperil civil liberties and violate the landmark 1996 Health Insurance Portability and Accountability Act, or HIPAA.