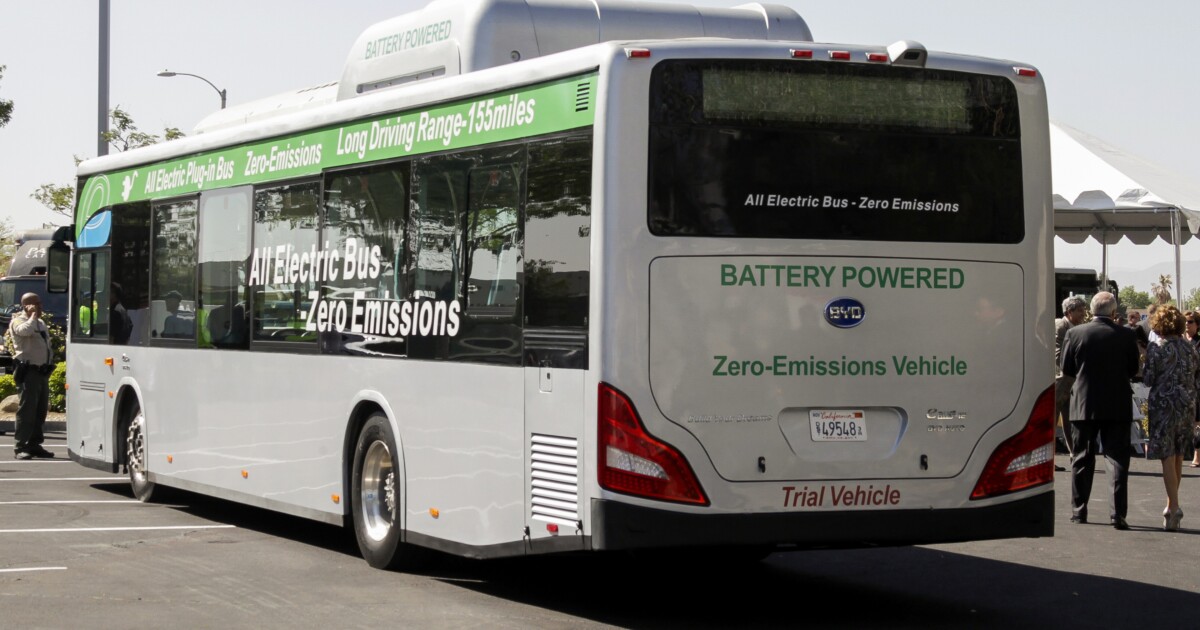 Iowa DOT Modal Transportation Bureau Transit Programs Administrator Brent Paulsen said in the USDOT release that, while some Iowa cities have battery-electric buses, the nine grant-funded buses are the first of their kind to be deployed in rural Iowa.

“The project will lead the way for other rural and urban transit systems to expand their use of alternative fuel vehicles, reduce energy consumption, particulate matter, and greenhouse gas emission by using buses that are powered by the clean electric energy and reducing the consumption of gasoline,” he wrote to The Center Square. “For all nine buses over the lifetime of the vehicles, the energy consumption reduction is: Gasoline Buses = 2,135,868 kWh; Diesel Buses = 1,9290,067 kWh.”

Local, state and federal funds support the nine existing vehicles, Paulsen told The Center Square. The Iowa DOT consulted with CALSTART and solicited interest from Iowa public transit agencies and submitted a proposal for the replacement of the existing buses with zero-emission buses, charging infrastructure, and electrical upgrades, he said. Alliant Energy, the utility that serves the three public transit agencies included in the grant, will provide support with the charger installation and electrical upgrades.

The project is one of 49 projects in 46 states and territories that the Federal Transit Administration is funding with about $182 million in grants through its Low- or No-Emission (Low-No) Grant program, which promotes the purchase or leasing of vehicles that use technology to provide cleaner, more efficient transit service, the administration announced in a news release June 25. The program is part of the Biden-Harris Administration’s goal of reducing greenhouse gas emissions 50% below 2005 levels by the end of the decade, the release said.

“Public transit connects people to jobs, services, and loved ones – and when our transit buses produce low or zero emissions, it's an even bigger win for communities,” U.S. Transportation Secretary Pete Buttigieg said in the release. “There is overwhelming demand to support low and no emission transit all around the country – in both rural and urban areas – and meeting this need is a matter of climate responsibility and public health.”

The administration evaluated projects based on criteria in the Notice of Funding Opportunity, which included demonstration of need, project benefits and implementation strategies, and capacity for completing the project. Funding this year prioritized applications with an “environmental justice component” and those that support workforce development to “help America’s transit workers succeed even as their jobs change along with technology,” according to the release.