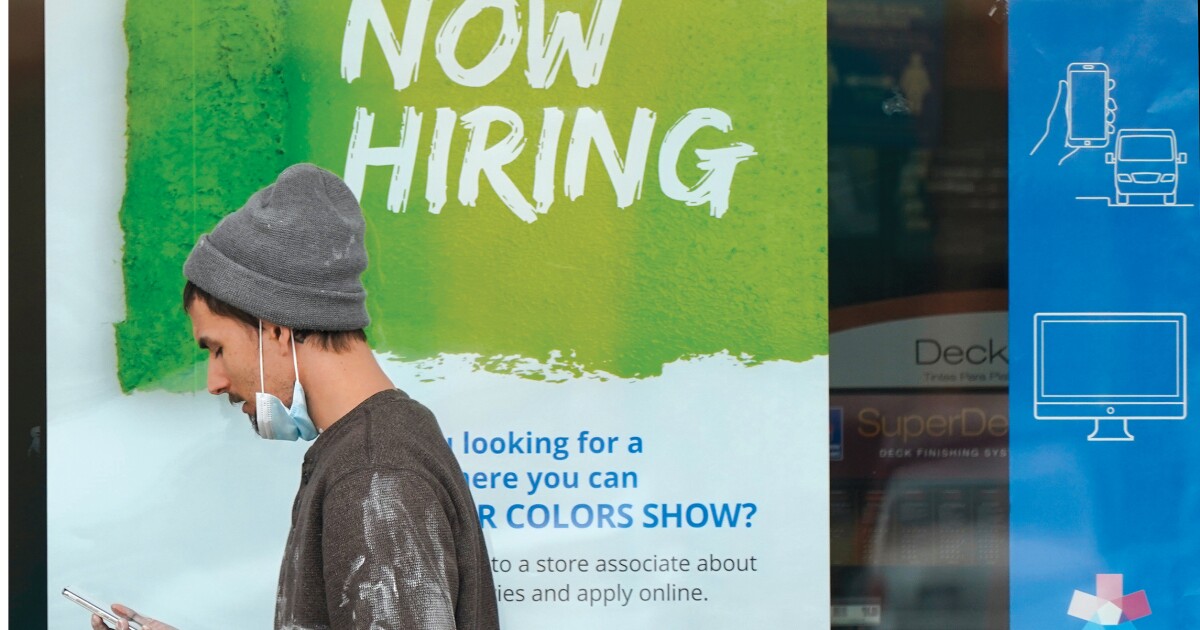 Businesses across the country are wrestling with a curious problem: There are more job openings than there are employees who will work them.

This isn’t what one would expect, given how many people are still out of work due to the coronavirus pandemic. But as of February, 40% of small businesses surveyed by the National Federation of Independent Business reported that they had jobs they couldn’t fill.

There are a few explanations for this trend: Employees who lost their jobs during the pandemic might not be able to find new ones that match their skill sets. Or people who could work are choosing to live off of coronavirus relief and extended unemployment benefits instead. There are also many workers who might not be willing to return to the workforce, especially if they have children at home.

One Ohio restaurant worker put it this way: “On unemployment, I was bringing home more than $800 every two weeks,” said Jennifer Moreau. As a line cook, she made roughly $700 every two weeks. Moreau eventually returned to work, but thousands of others have not.

This shouldn’t come as a shock. The Congressional Budget Office warned lawmakers before they passed coronavirus relief legislation that increasing unemployment benefits would make it more difficult for the economy to recover in the long run. In a June 2020 report, the office wrote: “[This] extension would also weaken incentives to work as people compared the benefits available during unemployment to their potential earnings, and those weakened incentives would in turn tend to decrease output and employment.”

There are other factors, though. Another study published earlier this year found that 3 million women left the workforce during the pandemic and have not yet returned to it. For many, this was the only option since schools remained closed and other forms of childcare were hard to come by. But for others, this was a deliberate choice. Maybe they realized they prefer being home with their children or that they’d rather take a job that allows them the flexibility to work remotely when necessary.

“I used to love it,” Jacquie Benetua-Rolens, the communications and engagement coordinator at Santa Cruz Community Health Centers, who has a 2-year-old son, said of her old cubicle. “But I don’t miss it at all. I don’t want to go back to that even though my house is filthy.” You can imagine many mothers and fathers opting to never return to the cubicle, even if that means losing a paycheck.