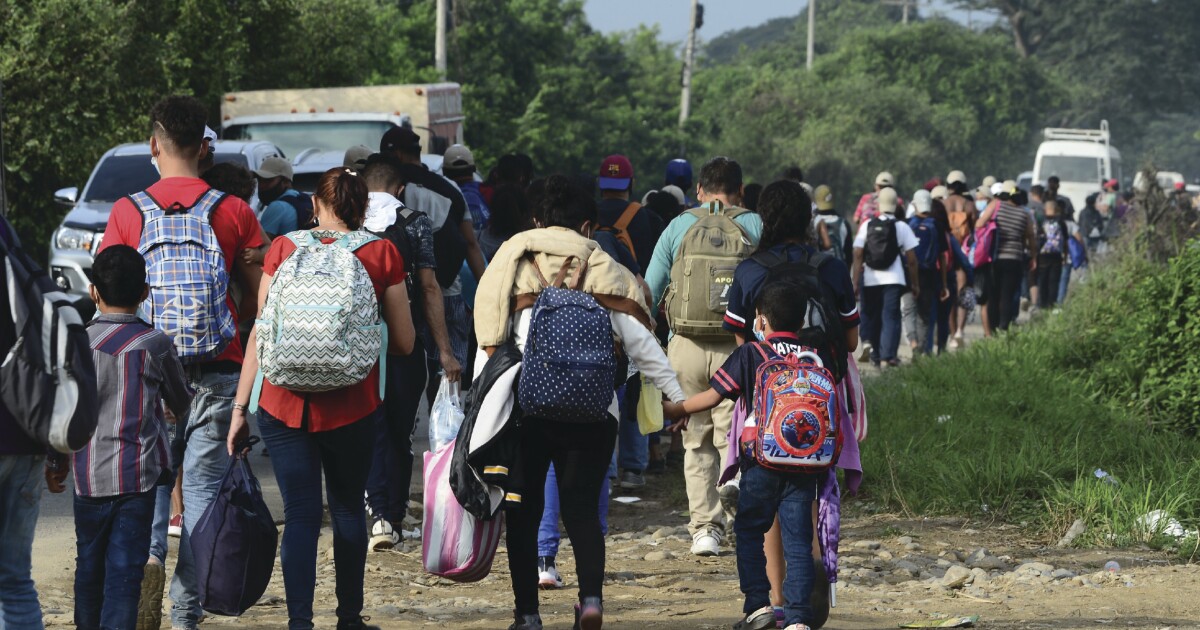 President Joe Biden’s mixed messaging on immigration, an issue where he had intended to distinguish himself sharply from his predecessor, has led to the White House being besieged on all sides.

Conservatives have pointed to the surge at the border and expenditure of taxpayer money to house and transport large numbers of unaccompanied minors emboldened to enter the country by Biden’s election. Liberals are outraged that the president has yet to raise the refugee cap. Biden said the record low number of 15,000 set by former President Donald Trump “remains justified,” before backing down within hours and saying that some unspecified increase would take place by May 15. All this is happening amid a pandemic in which policymakers have sought to regulate migration to slow the spread.

The blowback from the border surge contributed to the indecisiveness on refugees at a time when Biden is trying to get Congress to pass a more than $2 trillion infrastructure package and has more large spending bills on the way. Democratic strategists told the Washington Examiner that they believe progress on the economy and the pandemic will enable the administration to pursue other more controversial liberal policy priorities.

But handling the situation at the southern border has already become a major substantive and communications problem for Biden’s team. Immigration and border security remain two of the issues in which the new president has some of his lowest job approval ratings. Polls also show that these two hot-button topics are increasingly energizing Republican voters more than a year out from the midterm elections, in which Democrats are defending razor-thin majorities. GOP strategist John Feehery described it as a “starting point” for questioning the Biden administration’s competence more generally.

Just as Crisis? What Crisis? was the title of a 1975 album by the British rock band Supertramp, it has defined the White House’s dilemma in describing what is taking place at the border. Asked specifically about whether it is appropriate to use the word “crisis,” the Biden administration’s point person for the southern border told reporters last month, “You know, I think the, I really, I'm not trying to be cute here, but I think the fact of the matter is: We have to do what we do regardless of what anybody calls the situation.”

In the midst of backtracking on refugees, Biden’s message discipline broke down. “We’re going to increase the number,” he said. “The problem was that the refugee part was working on the crisis that ended up on the border with young people, and we couldn’t do two things at once.” White House press secretary Jen Psaki quickly walked it back.

“The president does not feel that children coming to our border, seeking refuge from violence, economic hardships, and other dire circumstances, is a crisis,” she said in the daily press briefing on April 19. “He does feel that the crisis in Central America, the dire circumstances that many are fleeing from … that is a situation we need to spend our time, our effort on, and we need to address it if we're going to prevent more of an influx of migrants from coming in years to come.”

In a letter to Biden and congressional leaders in both parties, a group of immigration hawks, including former Trump administration officials and past GOP members of Congress, left little doubt about what their preferred word choice was.

“The United States is currently experiencing a national security and humanitarian crisis on the southern border as a consequence of your administration’s immigration policies,” they wrote. “Your administration has either fully or partially reversed multiple measures that were effectively used by the previous administration to end a similar humanitarian crisis, secure the southern border and stop massive waves of migrants with invalid asylum claims from flooding into the US.”

Similar to many Republicans, the signatories listed defunding the border wall, ending the “remain in Mexico” policy for asylum applicants, reinstating “catch and release,” and an open-door policy for minors as reversals that have triggered the influx. The White House has blamed the Trump administration for dismantling the infrastructure in place for dealing with these issues, including refugee settlement.

“There were muscles that have been atrophied over the last few years,” Psaki told reporters. “Now, by setting a larger cap, which we have every intention of doing, we are sending a message: ‘Get your muscles back in action' so that we can welcome more refugees and continue to strive toward the goal that he has always maintained of 125,000 refugees for next year.”